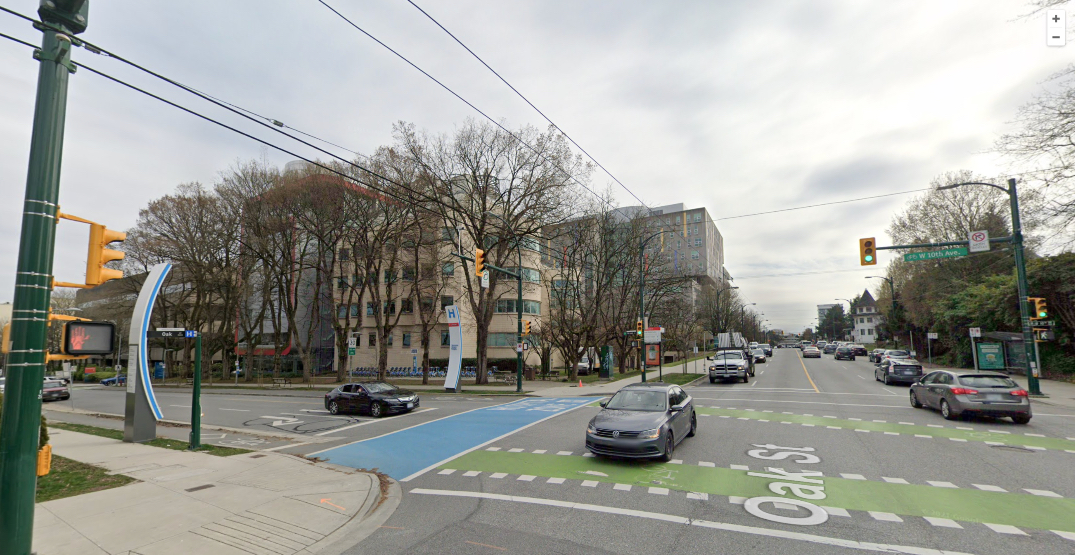 Vancouver’s normally peaceful Fairview neighbourhood was the site of mayhem on Saturday, February 26.

Vancouver Police said in a release that they’re looking for victims and witnesses after a 40-minute crime spree victimized a handful of women and caused thousands of dollars in property damage.

According to VPD, a 38-year-old man allegedly attacked at least five women.

“Once again, these attacks appear completely unprovoked, and they must have been terrifying for everyone involved,” said Constable Tania Visintin.

“We believe there are more victims, and likely dozens of witnesses, who have information and cell phone video footage that can help the police investigation.”

VPD said that around noon on Saturday, they started receiving calls about a man who was possibly in psychosis smashing glass and destroying property near Vancouver General Hospital at Oak Street and West Broadway.

Approached a woman in her car

“The suspect allegedly approached a 40-year-old woman in her car, made shooting gestures, banged on the vehicle, and tried to open the car door,” said VPD.

“When she drove away, the suspect allegedly chased the vehicle down the street.”

Chased and tried to pursue joggers

Later, a woman who witnessed that incident was accosted by the suspect who is alleged to have cornered her and demanded her phone.

Police say that just moments later, the suspect approached a woman walking on Oak Street, allegedly assaulting her by “grabbing her by the hair and punching her.”

Then, the 25-year-old woman managed to break free with the help of a bystander and fled into a building.

They joined a group of frightened people, and then the suspect allegedly tried purse them “through the hallways and stairwells of the building while threatening them and brandishing a large piece of broken glass.”

VPD say its officers responded from across the city to locate the suspect outside a building by Oak Street and West 10th Avenue.

Following a brief struggle, they were arrested and taken to hospital for treatment, partly due to glass cuts but also because officers believed him to be in psychosis. Now, the man has since been taken to jail.

“Thankfully, nobody was physically injured during these frightening incidents, however VPD Victim Services staff are working with all of the victims to lend support and deal with the emotional trauma that will likely follow,” Constable Visintin said in a release.

“So far investigators have identified five victims, but we believe there are more victims, and dozens of witnesses, who fled in fear before VPD officers arrived.”

Now, police want victims and witnesses to come forward, especially anyone with dash-cam video from the area around Oak Street and West 11th Avenue taken between noon and 12:45 pm on Saturday.

Following the crime spree on Saturday, a violent carjacking incident reportedly happened on Sunday, February 27 around 8:45 in the morning nearby at Cambie and Broadway.