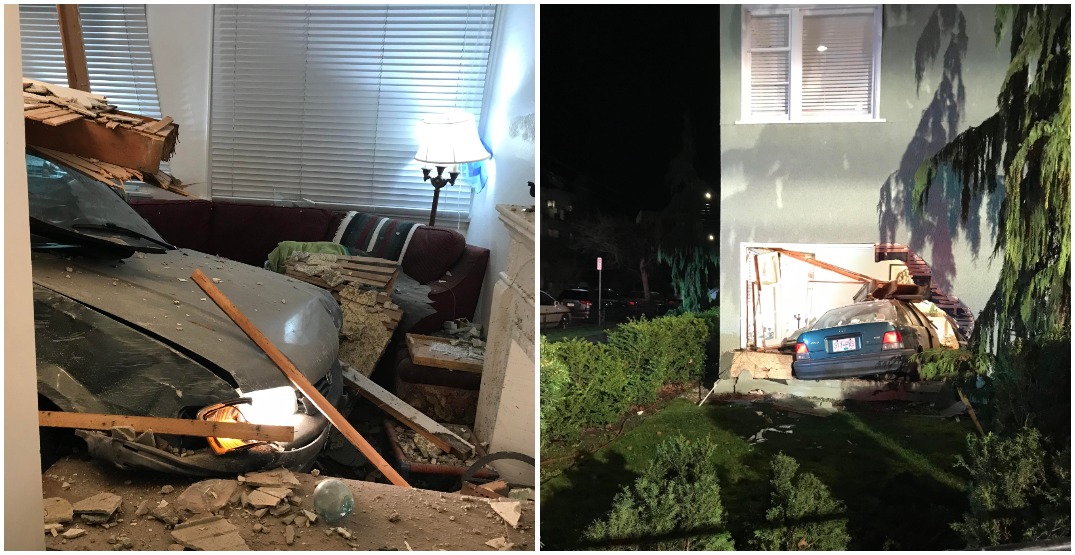 Lita Moth from Victoria was just relaxing on the couch on February 5 when a car came barreling through her living room window.

She told Daily Hive she was texting her mother and watching an episode of Jeopardy. Right at the commercial break, she stood up to leave the room but was stopped in her tracks by a loud bang.

“I scurried out the front door because as far as I knew it was a bomb going off, and I looked around the corner and saw the rear end of this vehicle sticking out of my living room window,” she said.

“I could not believe my eyes.” 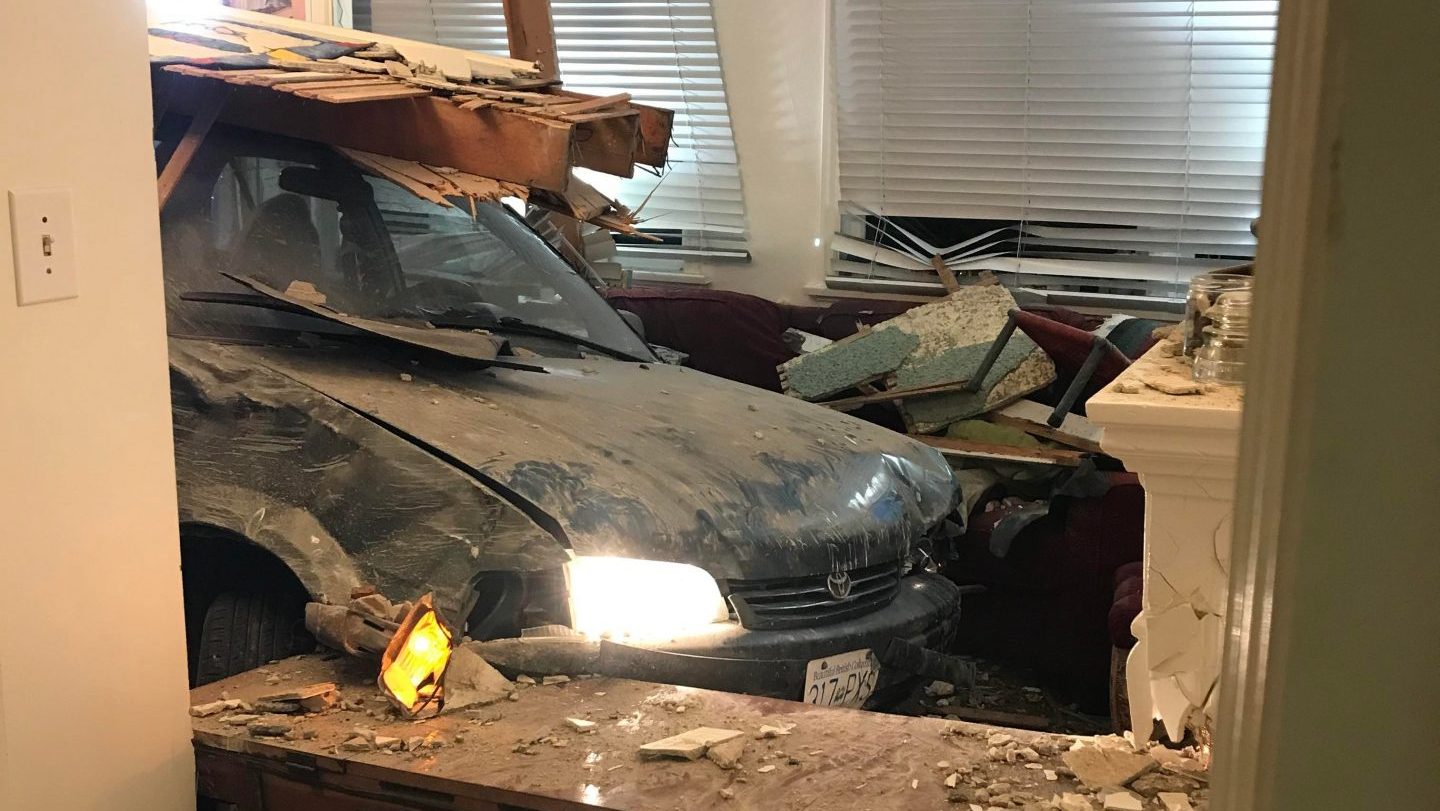 With her phone crushed by the wheels, she couldn’t call the police, so she ran into the street to call for help.

“It turns out there was one occupant, the driver, and I just screamed for him, ‘Are you okay?’” said Moth.

“It wasn’t lost on me that I just narrowly escaped with my life.” 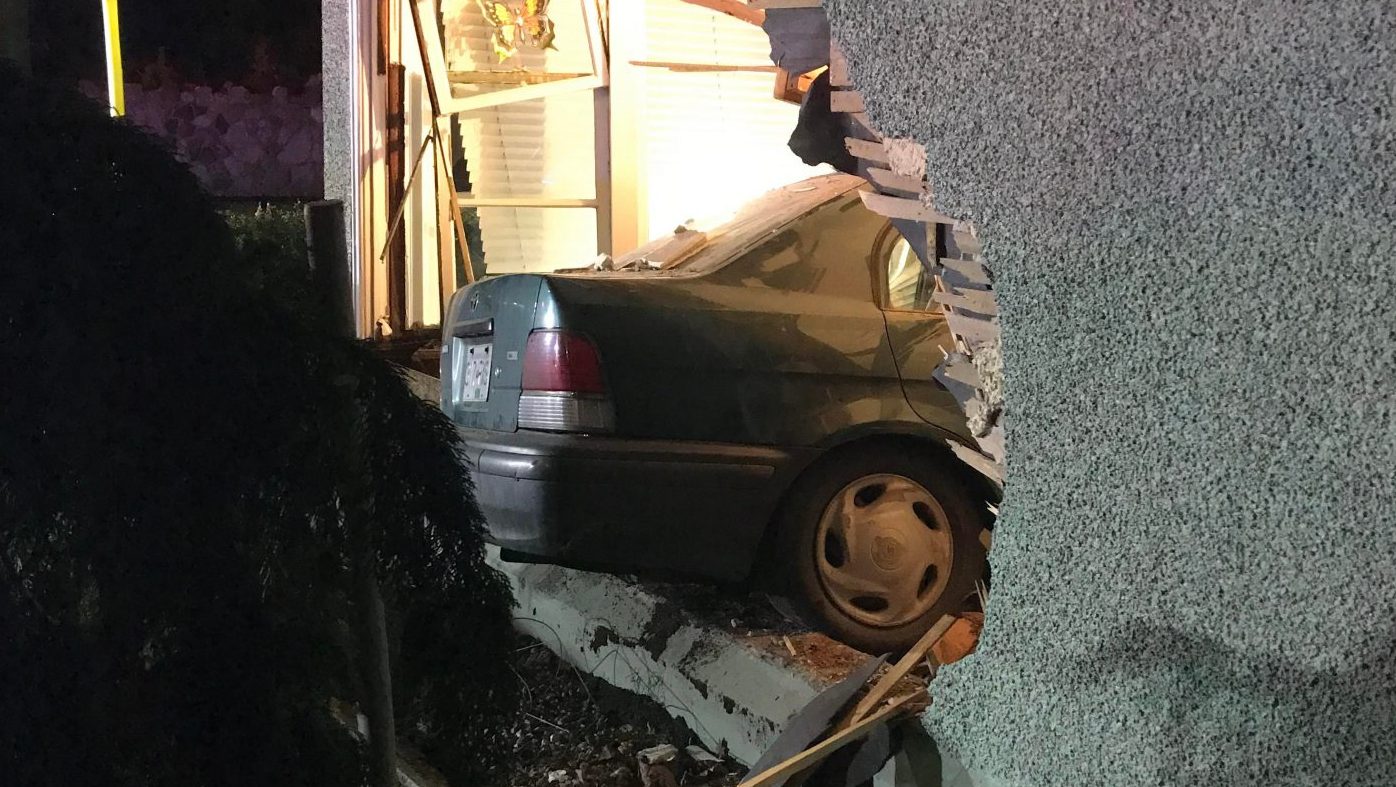 She couldn’t hear his answer and went outside to talk to neighbours.

“While I was standing outside, we were still waiting for ambulance and fire to arrive. I watched him crawl out of my living room window and the relief was overwhelming — relief that he was alright and appeared to be quite alive, and it was remarkable,” she said.

Somehow, nobody was hurt. Moth is alive and well, as was the driver, who was cooperative with police.

Still, the cause of the crash remains uncertain.

Her apartment by Lee Avenue and Fourth Street is near a busy road, so it’s not unusual for her to hear traffic outside. This time, it got a little too close for comfort. 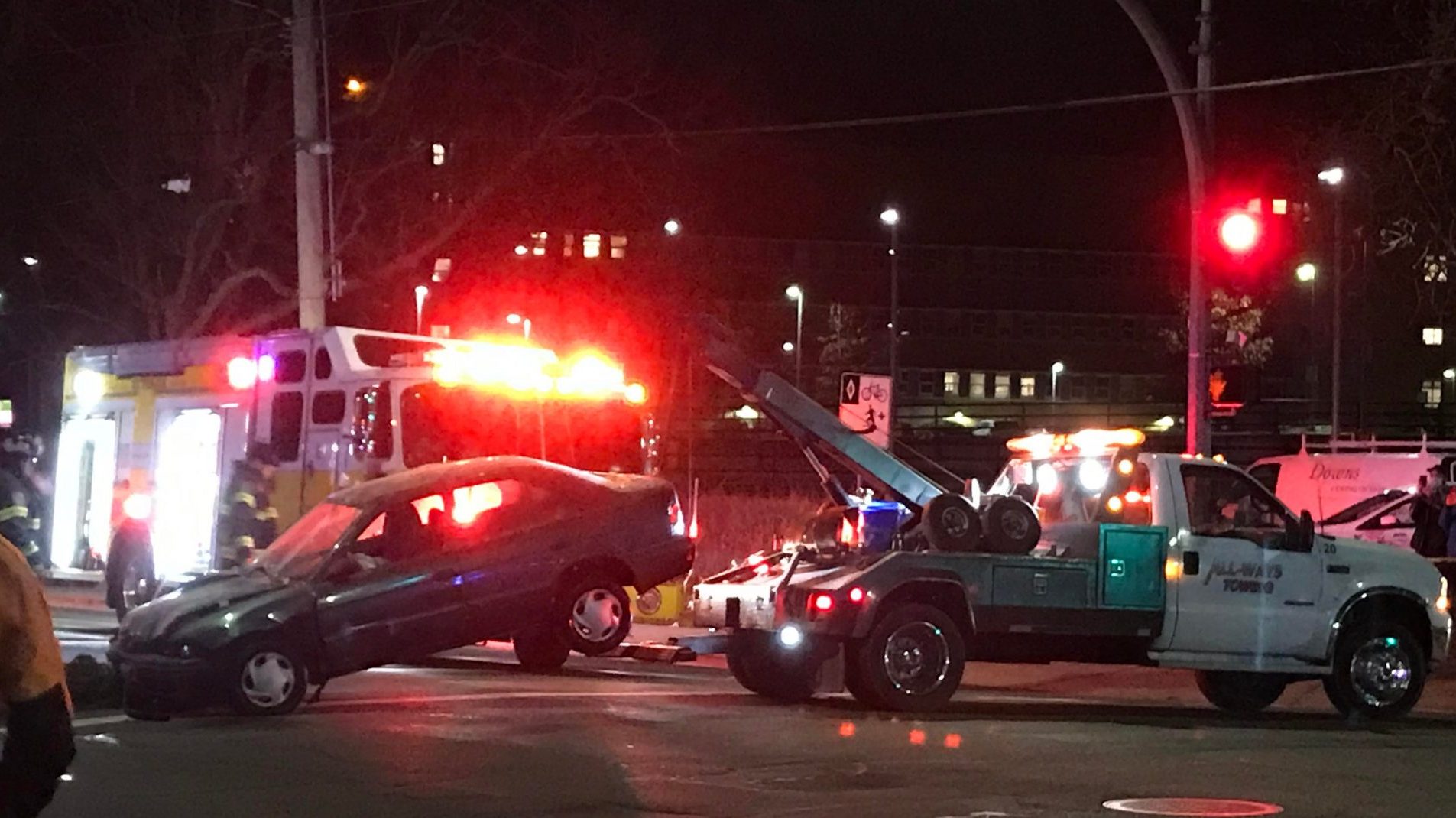 The driver was a young man who got out of the car on his own, and Victoria police say he wasn’t impaired. 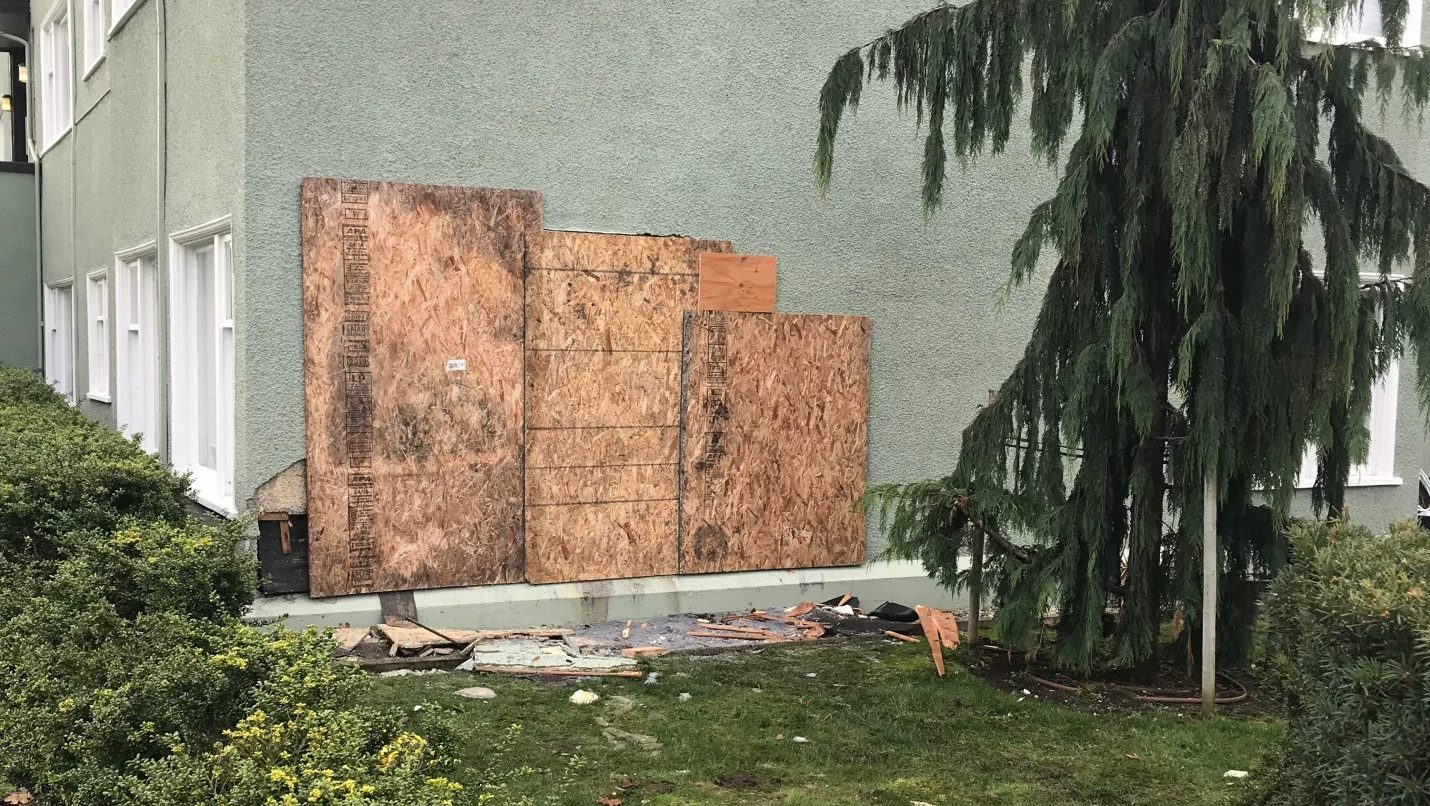 Now Moth’s concern is finding another place to live in Vancouver, where the housing market is notoriously difficult to navigate.

“I’m terrified, honestly, faced with having to find alternate accommodations for the duration of the time I’m unable to occupy my suite,” she said.

“I’m just surprised to be alive, and now dealing with these really major technicalities.”

She hopes to launch a crowdfunding campaign to raise money for a safe place to stay in the meantime.