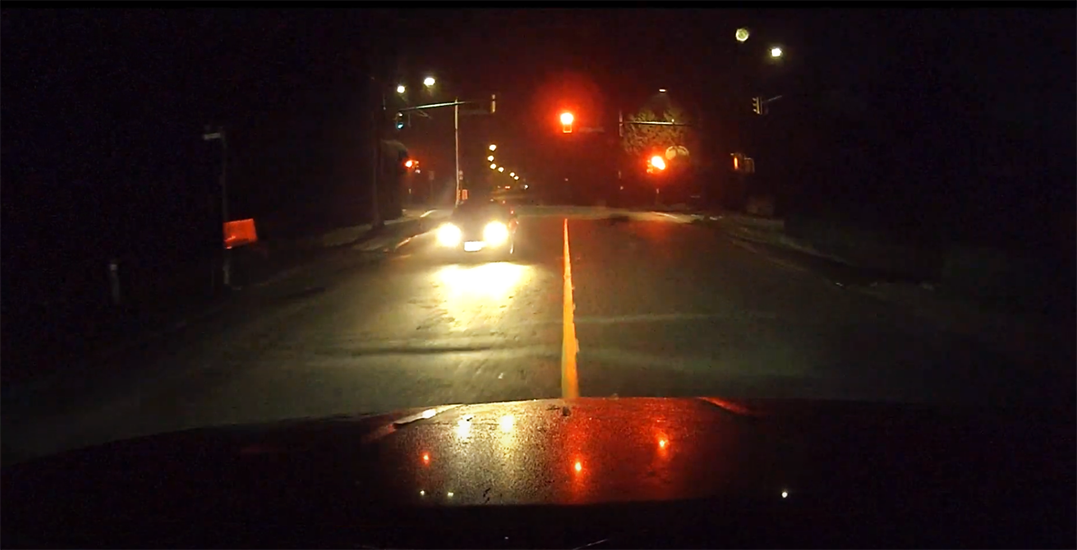 Police in British Columbia have released frightening video footage from the vehicle of an impaired driver leading up to a crash.

It’s being shared with the public to illustrate the dangers of drinking and driving, especially with the holiday season fast approaching.

The video was taken on January 8, 2021, from the dash-cam of a vehicle driven by an impaired driver. The RCMP says that he travelled from Richmond to Vancouver and into Burnaby.

The disturbing footage shows the driver crossing the centre line of the road on multiple occasions, at times towards oncoming traffic and barely missing other vehicles. He can also be seen driving through a stop sign and a red light.

The driver strikes several parked vehicles before crashing into a fire hydrant, which sent water onto the street and into surrounding homes.

Warning: The video below contains content that may be disturbing to some readers.

“The SUV was badly damaged and missing a tire,” Burnaby RCMP says in a release. “The driver refused to provide a breath sample and did not cooperate with police.”

The driver, a 62-year-old Burnaby resident, was convicted of impaired driving in August.

In addition to a $1,000 fine, he received a one-year driving prohibition. The RCMP adds that he caused approximately $28,000 in flooding damage to the surrounding homes, and $6,600 in damage to city property.

It is shocking that nobody was killed or injured, including the driver, says Corporal Mike Kalanj. This driver made a decision to put himself and others at risk when he got behind the wheel that night and drove through three cities.

“We urge everyone to watch this video. This is what impaired driving looks like. There is no excuse for being impaired behind the wheel.”