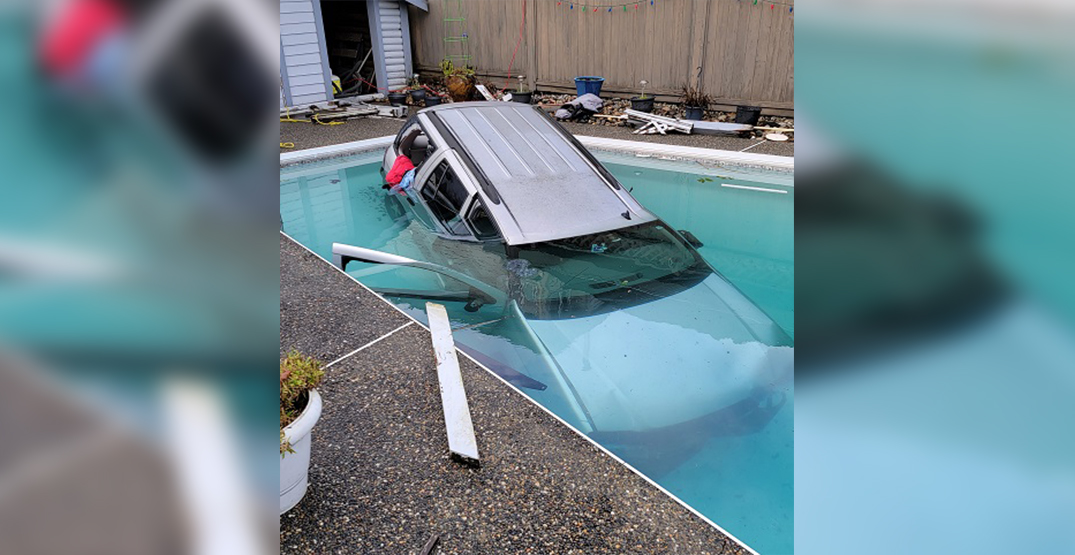 Surrey RCMP are sharing the story of a recent rescue where an officer jumped into a backyard pool to save two elderly individuals who submerged their car.

The crash happened Wednesday around noon, when the driver lost control in the 16500 block of Glenwood Crescent South. Police say the vehicle crashed through a fence and ended up in the pool, with both occupants inside.

The homeowners saw the commotion, and quickly called 911. The first officer to arrive on scene immediately jumped in the pool to open the car door get the two people out.

“The heroic actions of Const. Gonpo speaks volumes to one of the many ways police officers put their lives on the line every day without hesitation to ensure public safety,” Sgt. Brad Essex said in a news release.

The driver and passenger were both taken to hospital, but neither were seriously hurt.

Surrey RCMP say the vehicle was later extracted from the swimming pool.