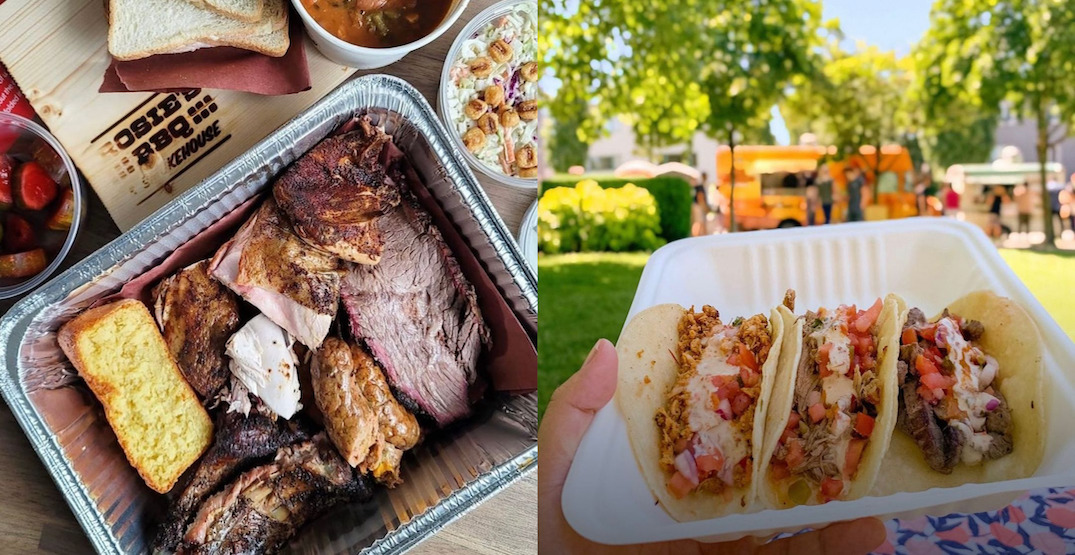 The Lower Mainland’s biggest craft beer festival is finally back for 2022 with some major upgrades to sweeten the deal.

In addition to the over 150 craft beers and ciders made by participating breweries and cideries – including 33 Acres Brewing, Barnside Brewing Co., Twin City, and House of Funk – there will also be significantly expanded food offerings this year.

Guests will be able to check out some chef pop-ups from local culinary heavyweights.

Some of these include tasty BBQ from Chef Karl Gregg of Rosie’s BBQ & Smokehouse – who will be bringing along their massive Texas-style smoker – as well as Spanish tapas and Jamon Iberico from Jamoneria by ARC.

Other food options will include oyster shucking from Wandering Mollusk Oyster Bar and Singapore-style short ribs from BKH Singaporean-Style BBQ.

This year’s VCBW will also feature a food truck court, curated by the Vancouver Food Truck Society, with representation from the following food trucks:

Each food truck will be offering a signature menu item as well as some festival-only specials.

This year will feature more breweries and cideries than in past years, making it a must on your list of summer food and drink festivals to check out.

With files from Daniel Chai.