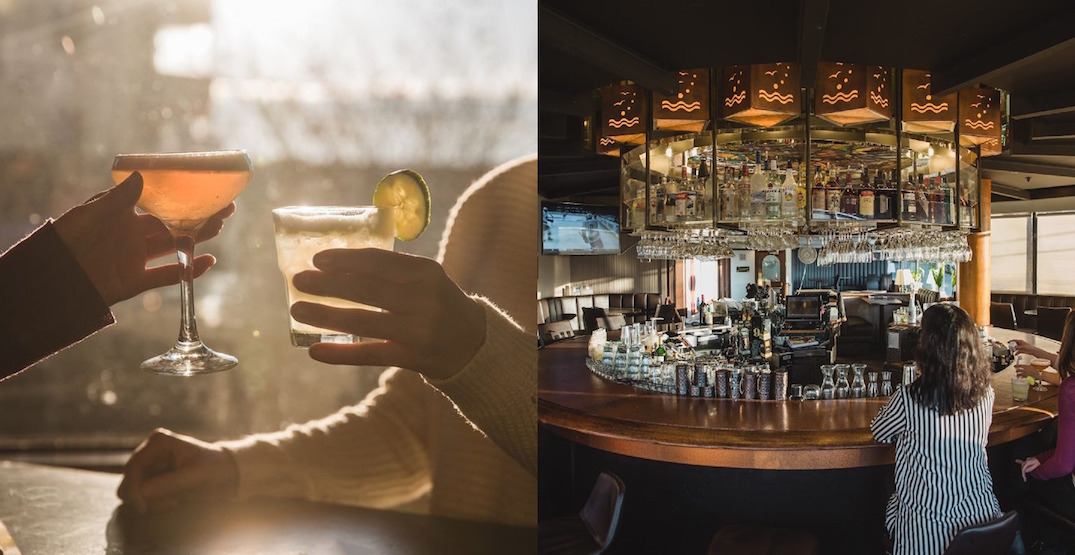 A city’s bar scene is an indicator of its social scene: what kind of people live there, what they like to do, and how they drink.

A place with lots of sports bars suggests that the folks who live there really enjoy sports, while a place with plentiful up-scale cocktail bars points to its metropolitan, urbanite population.

Vancouver’s drinking scene is multilayered: we’ve got plenty of breweries – the typical Vancouverite’s choice when it comes to an afternoon post-hike drink – and some popular watering hole chains, but we’ve also got a few old-school spots that feel like a throwback to an earlier era.

This city in the 1970s was entirely different than it is now. This is a pre-Expo era, when greasy spoon diners lined the streets, the art scene really began to take off, and Vancouver began to establish its own identity as a place where counterculture could thrive.

Few bars or restaurants remain from this time, but one that has somehow managed to survive since then is Bayside Lounge.

The Bayside Lounge first opened in its same space in 1979 and has since become an icon of the era’s penchant for leather seating, shades of brown, rumpus room vibes, and disco fever.

In its earlier days, the bar even included rotary phones on every table.

This West End spot remains hidden to much of the city’s inhabitants, partly because it’s situated upstairs, right next to the Best Western Sands, and partly because its age keeps it off most contemporary bar lists.

With an unparalleled view of English Bay, some incredible sunsets, and a completely unique, time-warp design, the Bayside Lounge is a true gem.

One of its most distinguishing features is its circular sunken bar, situated right in the middle of the room. This layout gives the bar its throwback, 70s era atmosphere, but also feels reminiscent of the way airport bars are laid out.

Not easily visible from the rest of the bar is the central stained glass feature, which sits right above the bar and reflects coloured light throughout the entire space. This is why it still feels like there’s a yellowy, 1970s filter applied on everything even if it’s been nearly 50 years since.

The wrap-around, brown-tinted windows certainly help with this, too, and while the interior has undergone many renovations over the years – not necessarily for the better – it still retains its retro charm.

Perhaps one of the best kept happy hour secrets in the city, Bayside Lounge now offers $5 on draft beer specials, highballs, caesars, and $7 on glasses on wine. You can also fully indulge in the bar’s retro vibe and order a cosmo, cucumber collins, or bourbon sour for $7.

Bayside Lounge has a regular food and drink menu too, of course, with dishes like burgers, salads, and appetizers, but this place isn’t necessarily about the food: it’s about the how you feel in the space while drinking an Old Fashioned, nibbling on coconut-breaded prawns, and pretending like you’re in a nearly-forgotten era of Vancouver.

We also can’t reiterate enough how absolutely bonkers the view is. We’re talking blue-ocean, orange-light-sunset, front-row-seats-for-fireworks kind of views – just get there early to snag one of those coveted seats.

Bayside Lounge, with all its modern branding, updated interiors, and trendy food items, still manages to distill and preserve a slice of 1970s Vancouver – one best enjoyed with a strong drink.