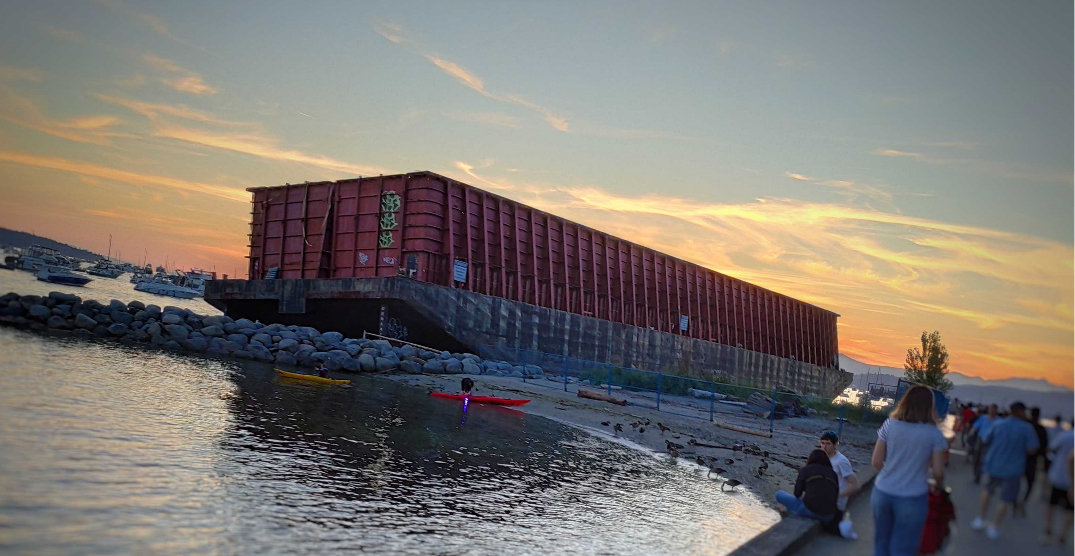 It felt like it has been with us forever, but the English Bay Barge will be a memory washed away by the waves of time, or more accurately, drilled away by Vancouver Pile Driving (Van Pile) as part of its ongoing deconstruction.

Van Pile, the group contracted for the deconstruction of the barge — also known as SMT-5000 — has begun to provide updates on the process.

On July 25, site preparation and safety barriers were put into place, and the official deconstruction kicked off this week. According to a statement from Van Pile, the installation of temporary piles to support marine work and removal of loose chips and debris on the barge deck is the first step in the removal process.

Workers will get a break during the BC Day long weekend, and then next week a demolition excavator is going to be lifted onto the barge to remove the bin walls.

The full process is expected to take anywhere between 12 to 15 weeks.

A gaping hole in Vancouver hearts To say the barge has left an impression on Vancouver is a major understatement.

Outside of the physical impression it’ll likely leave on English Bay, it has left its mark on Vancouver residents and many tourists who’ve come to the city ever since it washed ashore.

It also raised questions about whether or not Vancouver lacked tourist destinations. Many people hoped that the city would leave the English Bay Barge alone, allowing it to become a tourist attraction for years to come.

Due to environmental concerns, this dream is not one that will come true for Vancouver residents, but the memories are one thing that Van Pile will not be able to drill away.