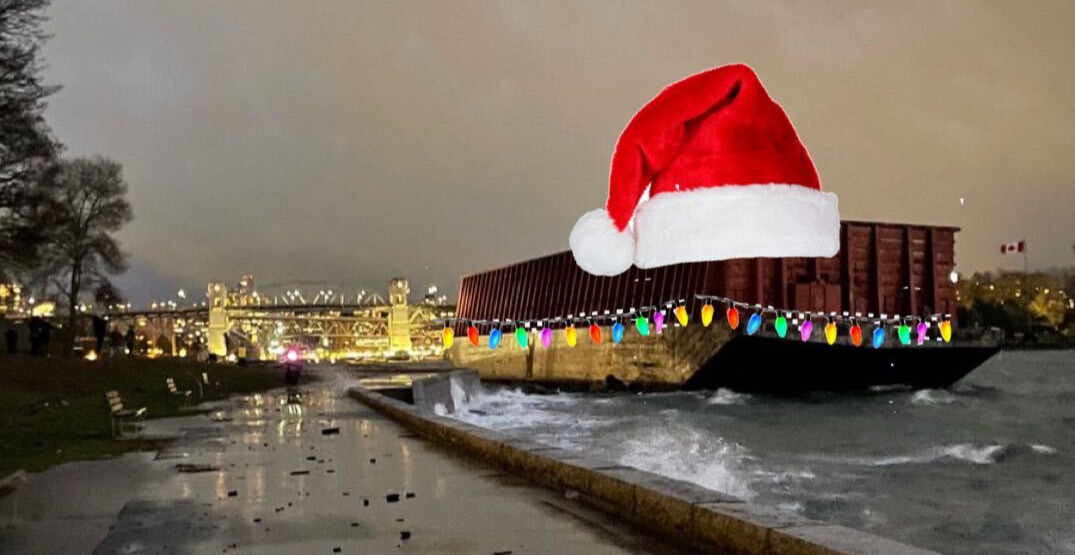 Vancouver thrill-seekers can put a pause on their disappointment, as the English Bay Barge will remain at the beach until further notice.

Transport Canada, which is primarily responsible for the moving of the barge, was planning to move the barge on Monday, December 6 during the King Tide. However, it seems like those plans were scrapped.

The accident turned tourist attraction has gained much attention over recent weeks.

In a statement on Twitter, Transport Canada suggests it’s working with the owner of the barge and the City of Vancouver to ensure that when the barge is moved it is done in the safest way possible.

We are working closely with the vessel owner and the City of Vancouver to ensure that when the barge is removed from the beach, it is done in the safest way possible for the public and the environment. Timing of the removal is TBD. pic.twitter.com/kLQrYtS7TJ

In the wake of this news, people across the city are asking for the barge to be decorated for Christmas.

The English Bay barge needs Christmas lights! It must happen.

It would be a great way for the City of Vancouver to embrace the weird as citizens and tourists seem to have done.

If the barge doesn’t leave today, I suggest @CityofVancouver string some Christmas lights on it, and we all meet down near it to sing Christmas carols on Christmas Eve

“Its removal will be complex due to size, location and the weather,” said a statement from the City of Vancouver.

Since the City of Vancouver isn’t the rightful owner of the barge, it is unlikely that it would have any jurisdiction over exterior decorations. Daily Hive has reached out to the City. 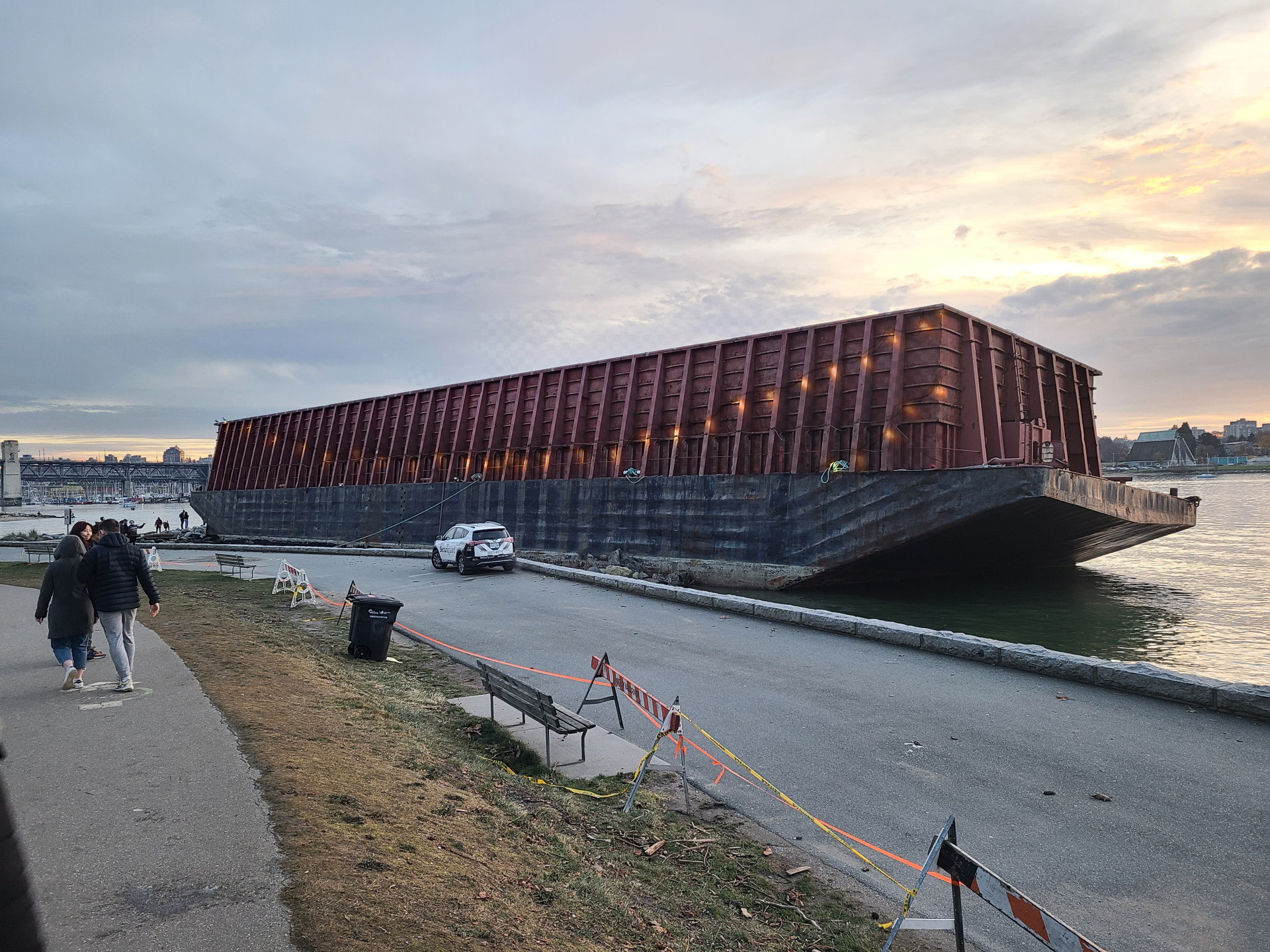 What do you think? Are you tired of the barge? Or do you want to see it brightly lit up for Christmas? Let us know in the comments.