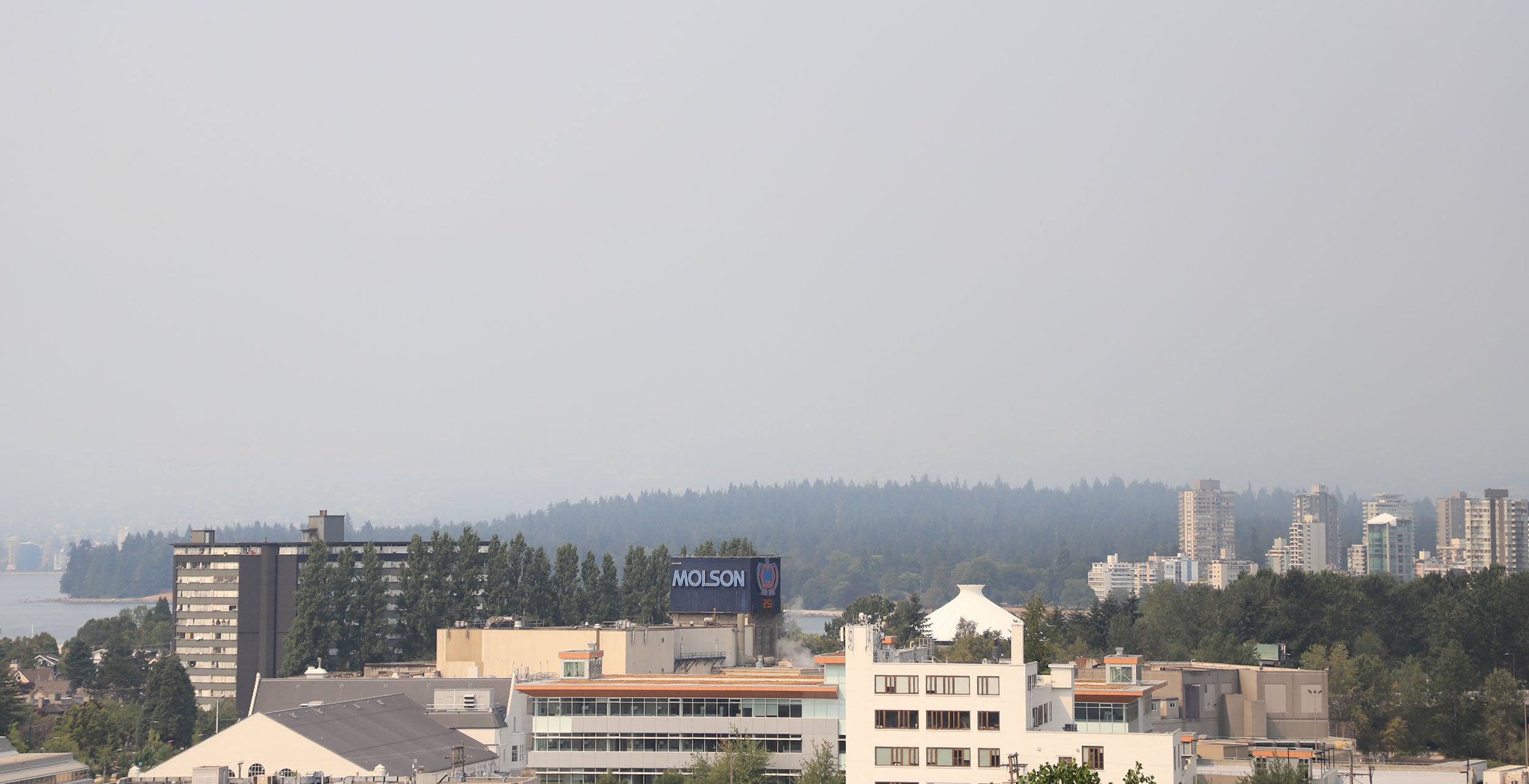 As the smoky haze shrouding Vancouver in a wall of white persists, you’ve probably seen someone comment on your Facebook feed that “this is like Hong Kong.”

Well, we’ve got some news. This is actually worse than Hong Kong. And Los Angeles. And Shanghai. Hell, this is even worse than Beijing.

That’s all according to the World Air Quality Index Project, which displays real-time air quality data from 70+ countries around the globe.

The accuracy and amount of data they receive depends on the country providing the figures, and how many stations are set up in a particular location.

But there is plenty of data out there, and it doesn’t look good for Vancouver.

According to the project, data in Horseshoe Bay shows a reading of 170, while Burnaby is reading 163, and North Vancouver has hit 151.

In Port Moody, air quality readings are at 173, according to the project.

So how does that compare to Hong Kong right now? Well, the air quality in Central Hong Kong is currently rated 17. That’s “Good” as if you needed to know.

Even Tuen Mun, which has the most unhealthy air quality ranking in the Hong Kong area, is only rated 57, or “Moderate,” meaning air quality is acceptable.

Meanwhile, in Los Angeles, they seem to be experiencing a comparatively breathable day, ranking only “Moderate” on the scale, with a score of 80.

Despite its reputation, Shanghai is also rated “Moderate” right now with a score of 78.

OK, Zhangjiang, which currently has the highest score in the Shanghai area, makes it to 107. That’s “Unhealthy for Sensitive Groups” – still not as bad as Vancouver.

Meanwhile, in central Beijing, the air quality is currently ranked at 80, or “Moderate.” Who would have thought?

Even though the Dong Cheng district, currently the worst rated air quality in Beijing, hits 147 or “Unhealthy for Sensitive Groups,” that’s still not as bad as Vancouver.

So maybe stay inside with that air conditioning a little longer. And perhaps kill some time comparing air quality around the world, while you wait for this all to blow over.