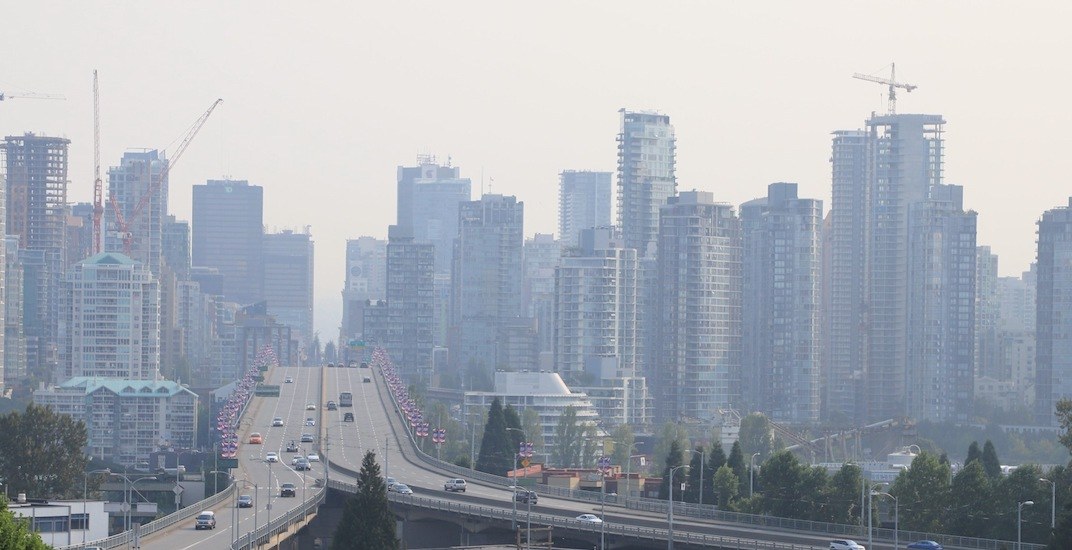 Vancouver may be getting ready for an intense heatwave but the smoky haze engulfing the city may cool down those potentially record-breaking temperatures.

Since Monday, fine particulate matter from BC’s wildfires has surrounded the Lower Mainland, leading to blood-red skies and a dulled summer sun.

Air quality warnings have been issued by the City, stating that elevated pollutant levels are expected, and the haze will be around for at least a few days.

While the entire week is forecasted as cloudless, Environment Canada says the record-breaking highs of 39° C could be lessened by the blanket of haze.

“Smoke inhibits the transmission of sunlight and can lower daytime temperatures,” the release read.

“The extent and concentration of wildfire smoke this week will be difficult to predict and will be the wildcard factor in determining whether record temperatures are achieved.”

The haze may even affect the visibility of tonight’s Celebration of Light fireworks for people planning to view from far-off locations—even those watching from Jericho Beach and Spanish Banks may have a hard time seeing the display.

Between the air quality warnings and the heatwave rolling in, Vancouverites are urged to use caution when outdoors over the next few days. Bring plenty of water, use sunscreen, and avoid strenuous activity during the hotter hours of the day.