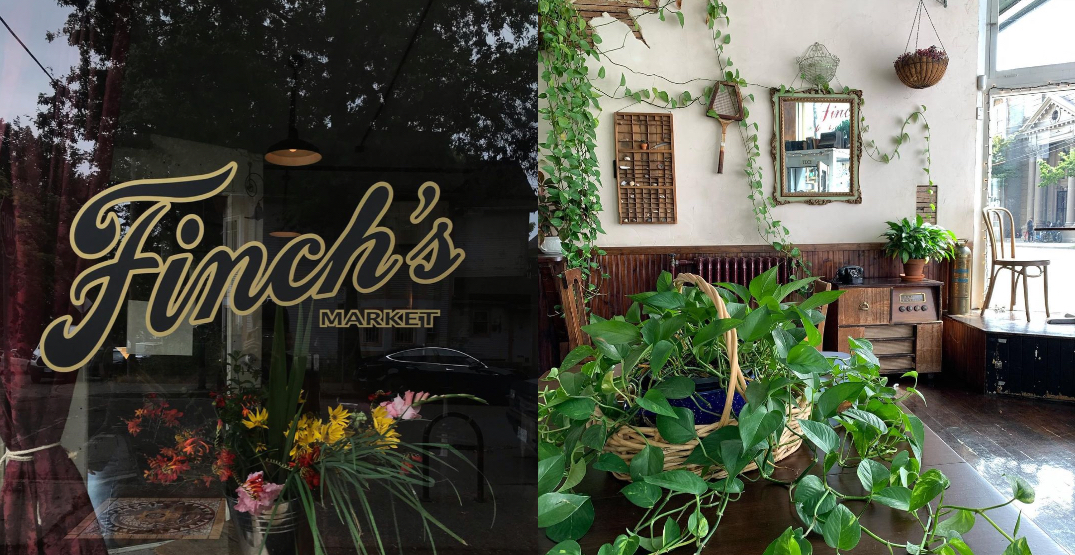 When COVID-19 first began, many downtown businesses boarded up their shops. Now, as businesses have reopened, the boards are off, and some windows are being vandalized around the city.

Matthew built and runs both Finch’s locations – the Teahouse on Pender Street and the Market in Strathcona. Although she says no one has broken windows to get inside and rob them, she says that repeated and pointless vandalism is stressful and expensive.

“I’ve had a lot of window damage, particularly since two entire walls at Finch’s are antique windows…I haven’t had as many window breaks recently, but I probably have between one and four a year, and repairs all just come out of my pocket. My profits are my income, so it’s the same thing.”

Matthew has been putting up signs asking people not to trash their windows and to remind them to be good neighbours during a challenging time for business.

Why is window vandalism a big deal for small business owners?

“If you think of it this way, vandalism is extremely aggressive and cowardly,” said Matthew. “It’s actually super aggressive to inflict hundreds or thousands of dollars of property damage on a total stranger. That’s a weird thing to do.”

Matthews said that anyone assuming that insurance will cover the damage is wrong. “It’s just money straight out of my pocket and what I have for my kids,” she said.

“Many small businesses do not have window glass insurance, myself included, because the policies are more expensive than my worst years of glass damage, which at its worst was more than $4,000 worth of vandalism and glass breaks over two years.”

What’s causing most of the damage?

“Most of my glass breaks have been from drunk people having stupid street fights or just falling into my glass.”

“I hate it when my phone rings late at night because it’s almost always a window break alarm, it’s almost always just after 2 am when the bars close, and almost all the time, witnesses report either a drunk street fight or someone just falling over who was obviously hammered.”

Each location of Finch’s has two walls of windows, and Matthews says the worst damage is acid etching.

What is acid etching?

Matthews said that acid etching is when vandals use an industrial acid to paint on windows as tags.

“Spray paint you can get off windows, but the acid etches them, so there’s nothing you can do except replace the window or host what is just pointless vandalism.”

“Hardly anyone is aware of this phenomenon, and I can’t begin to imagine how much it costs small businesses.”

“Have a look when you drive around, and you will start to notice it everywhere there are small businesses…like on Venables or around Main.”

You can show support for local businesses by dropping by and engaging with them on social media. Finch’s is known for serving its iconic baguette sandwiches and both locations are open Monday to Saturday.