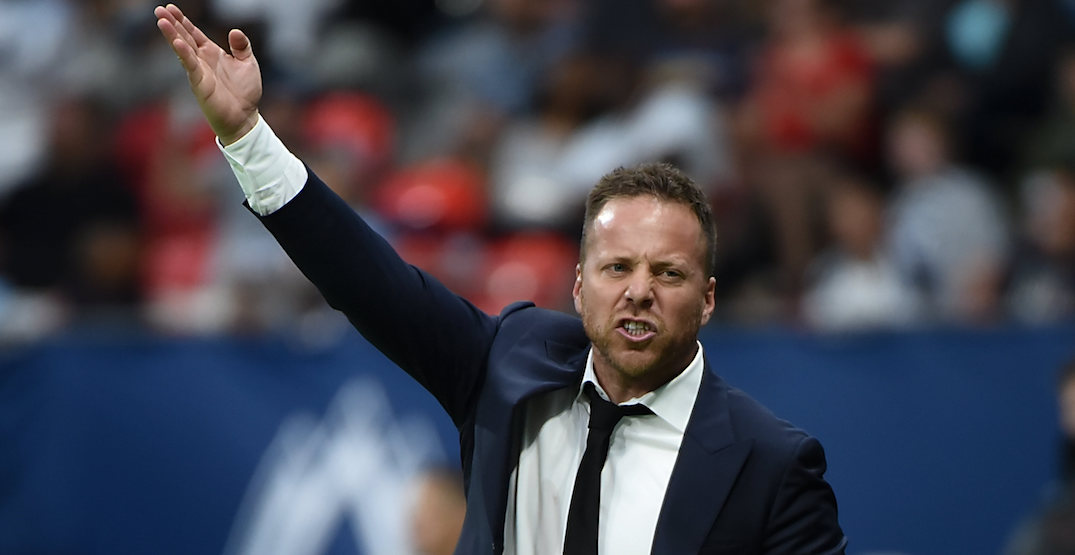 Less than 24 hours after an embarrassing loss to a team from a lesser league, the Vancouver Whitecaps have fired their head coach.

Marc Dos Santos is out as the team’s manager, the Whitecaps announced, as is his brother and assistant coach Phillip Dos Santos.

“We are very grateful to Marc and Phil for the hard work and sacrifice that they put in to lead our team over the past two and a half years,” said Whitecaps FC sporting director and CEO Axel Schuster. “We are extremely committed to continue moving this club and team in the right direction, and at this time we felt that it was necessary to make a change to achieve our next steps.”

It hasn’t been an easy three seasons for Dos Santos in Vancouver, after being hired in November 2018. Off the field, the Montreal native was first tasked with making player personnel decisions, as well as trying to coach the team on the pitch. The team needed to be rebuilt following the departure of Alphonso Davies and a rift with many players in the locker room.

It didn’t go well, as the Whitecaps finished with the second-worst record in MLS in 2019 before the responsibility of player personnel decisions was given Schuster.

Since then, Dos Santos and the Whitecaps have been displaced for the most part, being unable to play most of their home matches in Vancouver because of the closed border caused by the pandemic.

Vancouver has a 22W-37L-18D record under Dos Santos, and missed the playoffs in each of the last two seasons. They’re currently below the playoff bar this year as well.

“I am very grateful for my time with the Whitecaps and appreciate the support I received during a challenging two plus seasons,” said Dos Santos. “There are a lot of great people at this club, who work extremely hard, and I’m thankful for the time we shared together. I am also especially thankful to the players, technical and support staff and wish everyone all the best. I am very excited about the future.”

Still, the Whitecaps were playing pretty well recently under Dos Santos. They’re unbeaten in their last eight MLS matches, including two straight victories to pull within three points of a playoff spot in the Western Conference.

Vancouver’s next match is Sunday against Real Salt Lake — their second straight match at BC Place with fans in attendance.