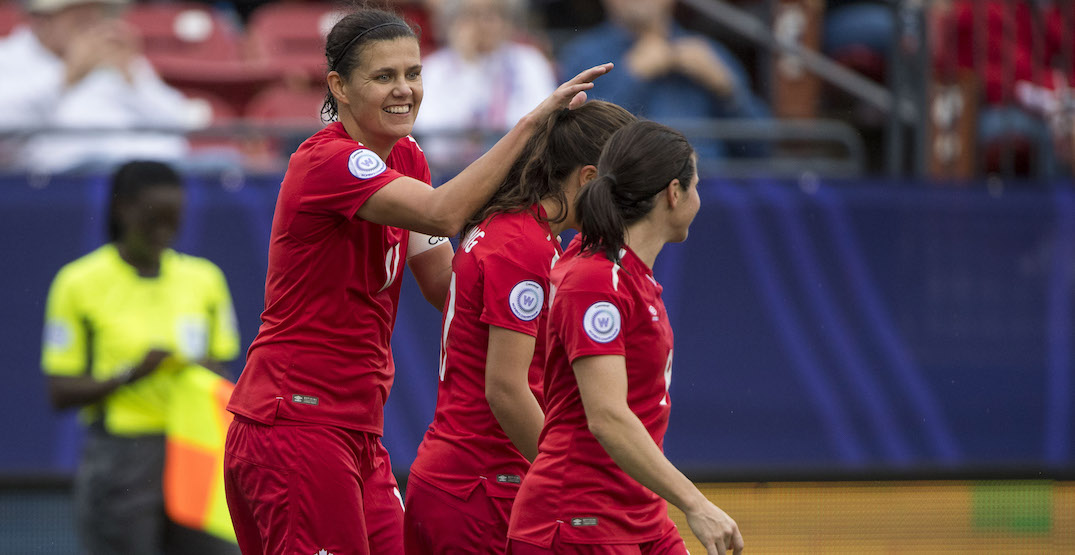 The spotlight will shine on Christine Sinclair again, as the wheels are in motion for a documentary film featuring the legendary Canadian soccer player.

Uninterrupted Canada, in partnership with Bell Media, will be producing SINC: The Christine Sinclair Story this fall, with the documentary set to air on TSN and Crave next year.

“My goal with the women’s national team has always been to elevate Canada’s position on the world stage,” Sinclair said. “I’m excited that our story of determination, teamwork and heart can be told as we seek to inspire all generations of Canadian soccer players and fans.

“I’m also hoping that my story can serve to inspire and empower girls and women pursuing their own dreams, whatever they might be.”

Sinclair has starred for the Canadian national women’s soccer team for more than two decades, winning three Olympic medals, including gold for the first time earlier this month.

It was a moment the 38-year-old never thought she’d see during her career.

“To be a part of this group now standing on the top of the podium, honestly I never thought I’d be part of that group,” Sinclair said after becoming an Olympic champion. “I thought that Canada was capable of it at some point, but it happened fast.”

The film will look at the life and times of the Burnaby native, according to a media release, as she perseveres through “adversity and personal tragedy” to become a Canadian icon.

Off the field, Sinclair is well known for spending considerable time helping to raise awareness and millions of dollars to fight multiple sclerosis (MS), a disease that her mother, Sandi, lives with.

“Producing strong, character-driven content that focuses on confident, ambitious female athletes with a mission is central to who we are,” said Karen Volden, vice president of Production for Uninterrupted Canada.

“That’s why it was so important to tell Christine’s story in a dynamic way and champion her extraordinary journey as we continue to show how athletes can inspire future generations both on and off the pitch.”