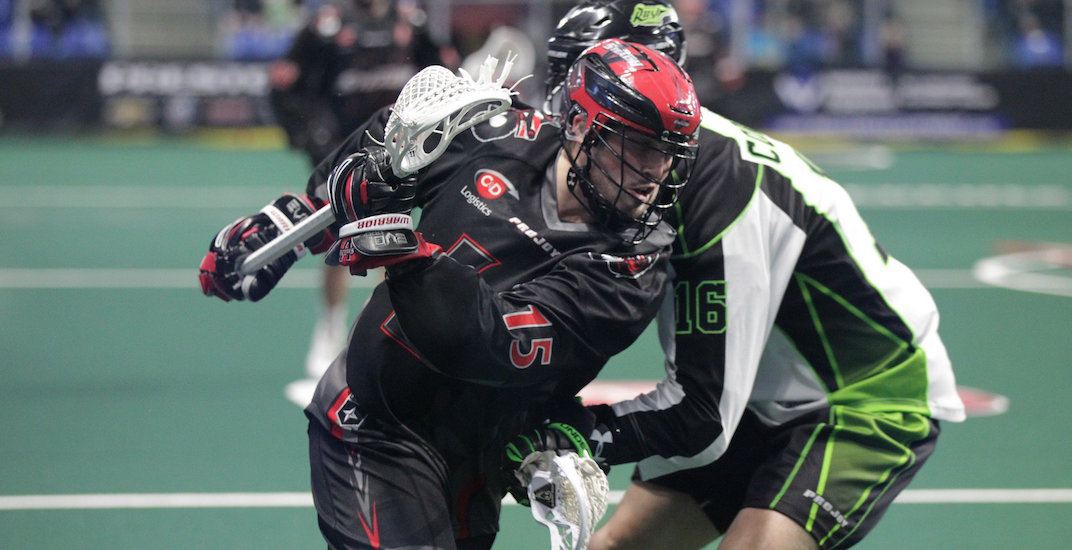 Since buying the Vancouver Stealth three months ago, Canucks Sports & Entertainment has been relatively quiet regarding their new purchase.

The pro lacrosse team, which called the Langley Events Centre home the past five years, is moving to Rogers Arena beginning this season. The Canucks revealed in June that the team would also undergo a rebrand, complete with a new name, logo, and colour scheme.

The nameless team begins the 2018-19 season in December, so the clock is ticking. That wait appears to be nearing an end, as the NLL franchise sent out a cryptic tweet on Friday – their first in nearly three months.

There’s no way of knowing if the jersey – black with white and lime green trim – is a sign of things to come, but the date would leave you to believe an announcement of some sort will take place this week.

The new team name, on the other hand, appears to have already been leaked.

Marisa Ingemi, a sports writer for the Boston Herald, reports that the team will be known as the Vancouver Warriors.

Wasn't going to post on it but… Why not.

Vancouver's rebranded NLL team (operated by the Canucks) will be the Vancouver Warriors, per sources.

Some internet sleuthing backs up this claim, as Canucks Sports & Entertainment acquired two domain names with “Warriors” included on July 23.

The Warriors, if that is indeed their real name, will be the third National Lacrosse League brand to call Metro Vancouver home. The Vancouver Ravens played out of then-named GM Place from 2002 to 2004. 10 years later, the Washington Stealth relocated to the Langley Events Centre.

Despite being a hotbed oflacrosse love, for whatever reason, the NLL has been unable to succeed in Vancouver. Now, with the Canucks’ sales and marketing engine backing it, this is its best shot to flourish.

Vancouver will play its first game of the season at home, against the Toronto Rock, on December 8. The 11-team NLL plays an 18-game regular season, with games played on Fridays, Saturdays, and Sundays. Vancouver competes in the Western Division, along with Calgary, Saskatchewan, Colorado, and San Diego.