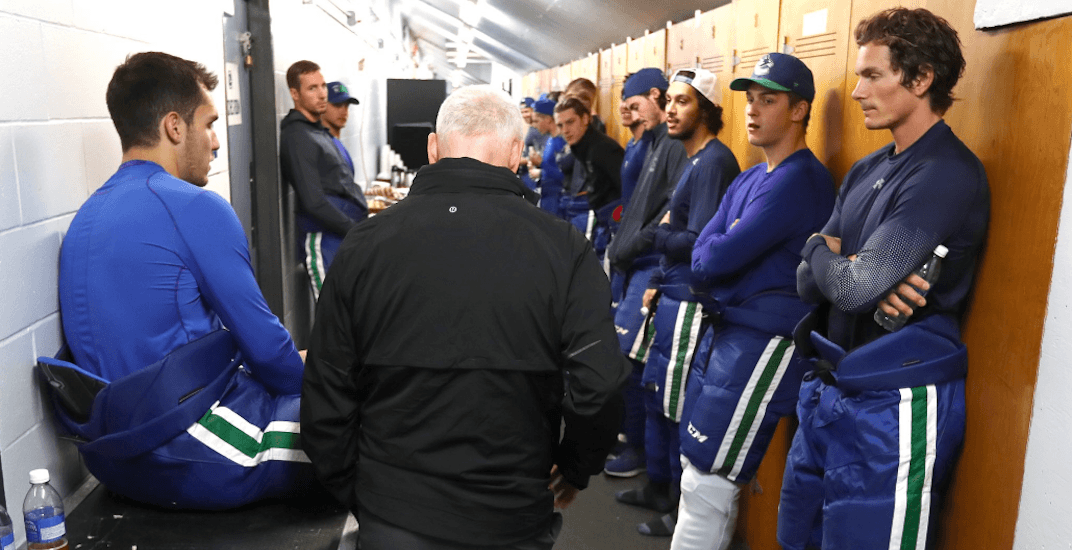 Much of the talk heading into training camp for the Vancouver Canucks this season has been centred around the numbers crunch at forward.

With a fully stocked roster of veterans signed to NHL contracts and the promise of multiple young players earning spots, the likelihood of a recognizable player (or players) hitting the waiver wire is high.

The Canucks didn’t even make it to the first day of training camp completely healthy, as Antoine Roussel was absent when the team hit the ice on Friday.

Roussel, who signed a four-year contract worth $3.25 million per season this summer, is out with a concussion that he sustained during an informal scrimmage before arriving in Vancouver. He skated on his own before practice, but won’t skate with his new teammates during camp.

Any concussion is serious, but timelines can vary greatly. The Canucks begin preseason with three games in three days, beginning on Tuesday. The fact that Roussel was on the ice at all is a good sign, but if he misses all four days of camp, it’s fair to speculate that he may miss some games because of it.

As for the rest of the players, they’re being put through Travis Green’s annual training camp tradition: the bag skate.

“Last year the skate caught us by surprise,” Erik Gudbranson told reporters after practice. “It was the elephant in the room all summer. This year guys were really impressive. We took a huge step forward with that.”

Tough skate at the end of the practice today. How tough? Virtanen says he fell into Stechers, um, vomit.
🤢 🤮 #canucks pic.twitter.com/DkRwY7PmMU

“We knew that tough skate was coming, I was preparing for it all summer. I’m breathing heavy, that was fun,” said Brendan Gaunce. “I’m going to lie down for about three hours now.”