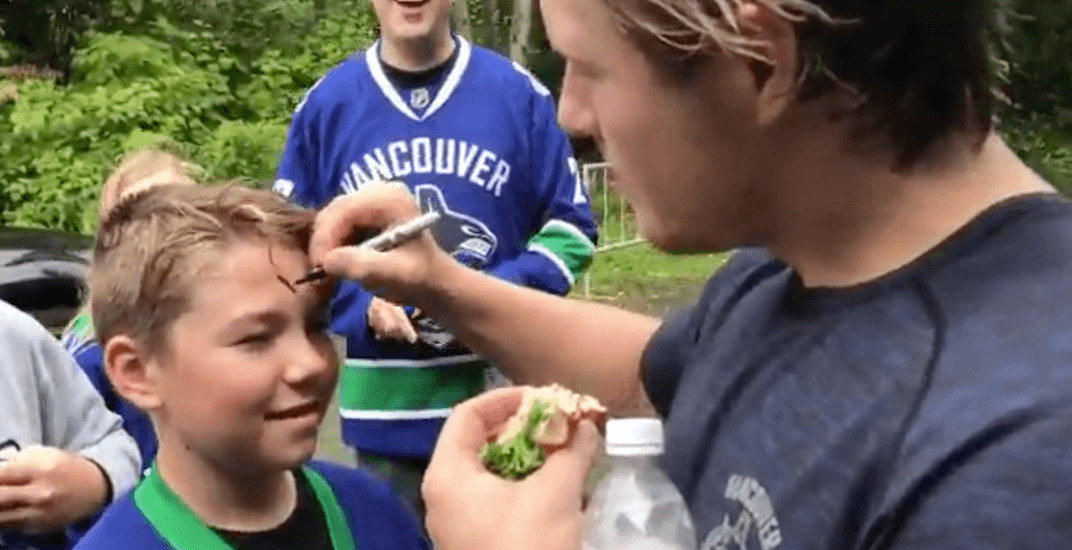 Canucks players are accustomed to fans asking for their autographs. Before the game, after the game, at practice, on the street… It’s part of the job.

Most fans want some sort of memorabilia signed, like a jersey or hockey card. Like these fans:

But you have to reach a certain level of celebrity to get asked to sign a body part. Brock Boeser is basically a rock star for Canucks fans right now, so it probably shouldn’t come as a surprise to learn that he signed someone’s face today.

Calm and cool, Boeser granted the request of a young Canucks fan to sign his forehead after practice in Whistler, where the team is conducting training camp.

“There you go,” Boeser said.

Given Boeser used a Sharpie permanent marker pen, it may not matter.