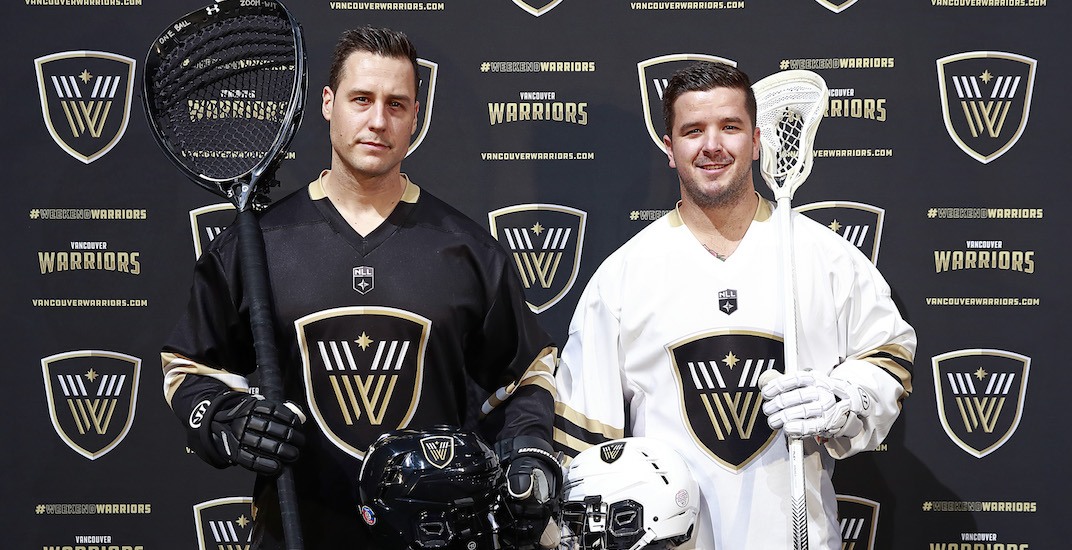 It’s not quite a new team, but it feels like one.

Vancouver’s pro lacrosse team has gotten a makeover, and will play in a new home with a new name, logo, and uniforms beginning in December.

As we told you on Monday, the NLL team formerly known as the Vancouver Stealth has been rebranded as the Vancouver Warriors. The team, which was purchased by Canucks Sports & Entertainment in June, will play home games at Rogers Arena going forward.

“In choosing the name, we wanted to land on an identity that honoured the legacy of lacrosse in our province,” said Canucks Sports & Entertainment COO Jeff Stipec. “It was also important for us to have a name that incited feelings of strength and excitement to accompany the dynamic atmosphere at NLL games.”

“As we near closer to seeing the best lacrosse action in the world resume with the upcoming 2018-19 season, I would like to officially welcome the Vancouver Warriors.” –@NLLcommish
READ: https://t.co/l5mpQeEcGV@nllwarriors #NLL #VancouverWarriors pic.twitter.com/dGeOBkoXfs

“Lacrosse has deep ties in the Pacific Northwest,” said Chief Wayne Sparrow of the Musqueam nation. “Throughout the process of developing a team identity, Canucks Sports & Entertainment was committed to honouring the history of lacrosse. The story of the Warrior’s athletic and noble qualities further inspired the team’s identity. The Warriors name acknowledges a meaningful history in many BC communities and embarks on a new tradition of lacrosse in Vancouver.”

Here’s the official explanation behind the design from the media release:

Inspired by a long-standing history of lacrosse in the province, the Vancouver Warriors logo includes local elements in its design. At its core, three forged stripes, coloured gold and bone-white, form the defining V and W monogram. These three lines are each inspired by the storied traits embodied by the region’s traditional indigenous Warriors: athleticism, protection and strength. Above the VW crest sits the North Star. This traditional beacon of hope defines a Warriors path, offering guidance and direction, the brightest star in its constellation lighting Vancouver’s night sky. Beyond its borders, rests the shield that symbolizes togetherness and community.

The black and gold colour scheme and logo may remind you of the Vegas Golden Knights, which isn’t a bad franchise to take notes from. No word yet on a spectacular Vegas-style pre-game show though. 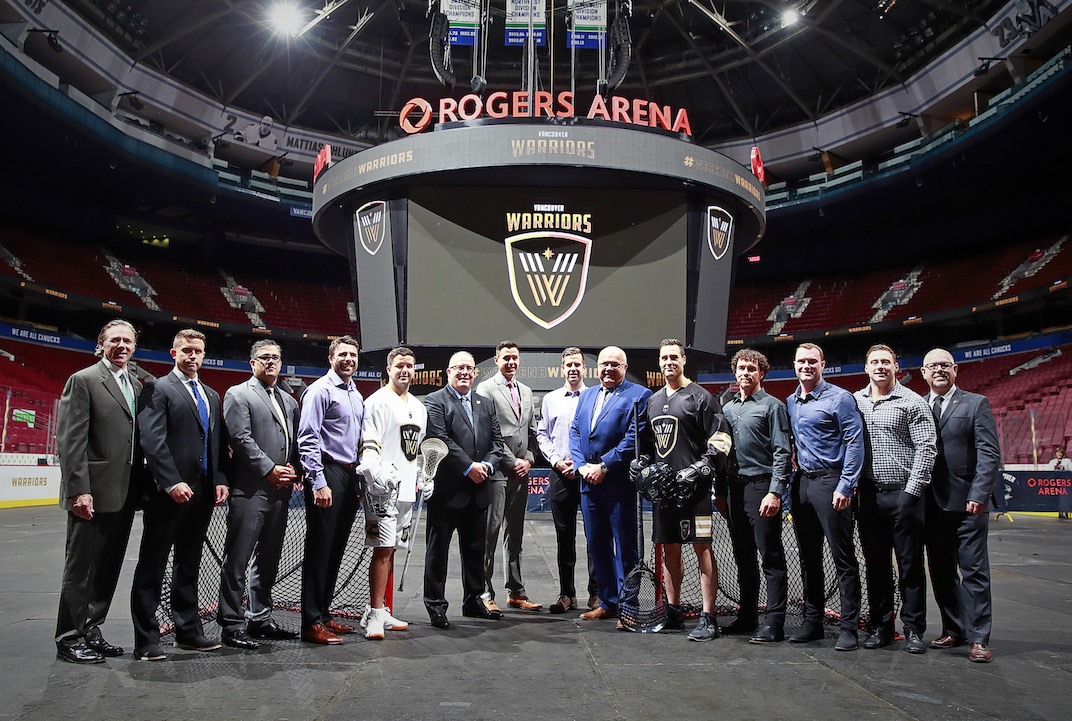 “Today is yet another great milestone for the city of Vancouver and its franchise,” said NLL commissioner Nick Sakiewicz. “The city is amongst the most historic lacrosse markets in our league and we are excited to welcome a new era of lacrosse to its fans. As we near closer to seeing the best lacrosse action in the world resume with the upcoming 2018-19 season, I would like to officially welcome the Vancouver Warriors.”

Despite being a lacrosse hotbed, the NLL has been unable to succeed in Vancouver. With the backing of the Canucks’ sales and marketing team, this is probably its best shot to succeed.

Vancouver will play its first game of the season at home, against the Toronto Rock, on December 8. The 11-team NLL plays an 18-game regular season, with games played on Fridays, Saturdays, and Sundays. Vancouver competes in the Western Division, along with Calgary, Saskatchewan, Colorado, and San Diego.