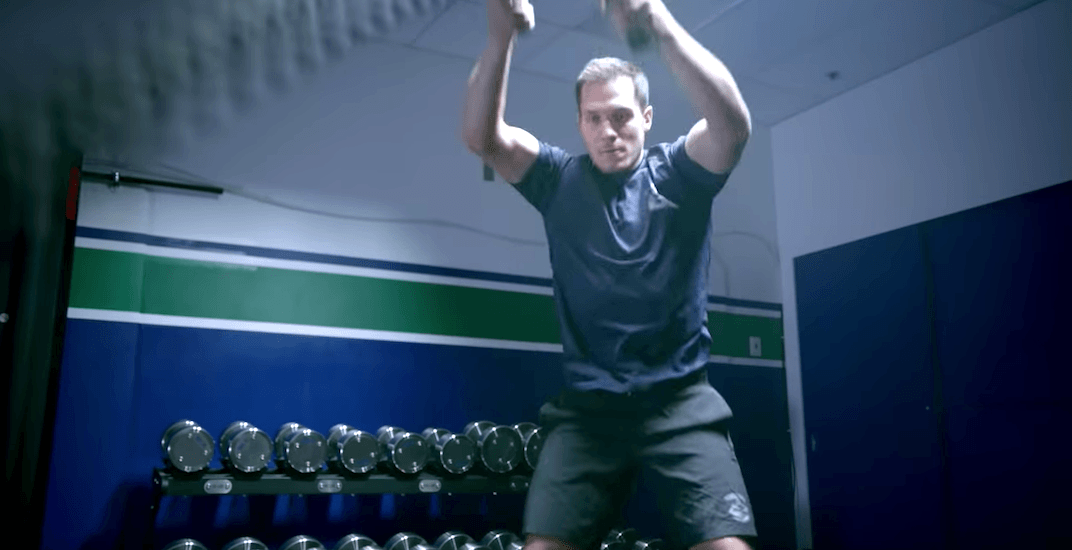 On the eve of the first preseason game of 2018, the Vancouver Canucks unveiled a new marketing slogan.

The word “battle” flashes on the screen numerous times, ending with “we are relentless,” before the familiar “We Are All Canucks” motto is shown.

Most pundits expect the Canucks to be in a battle to escape the NHL basement again this season, following the retirement of Henrik and Daniel Sedin. Though a number of young players are competing for spots in training camp, there are more questions than answers with the roster as is currently constructed.

The “battle/we are relentless” slogan replaces “compete is in our nature,” which the team used as part of their marketing campaign the last two seasons.

Some Canucks players showed off their favourite clips on their personal Instagram pages. My favourite was this one, of Troy Stecher:

The Canucks have an unusual preseason schedule this year, beginning with three games in three nights – all at Rogers Arena this week. Vancouver will then head on the road for three away games, before their final preseason game against the Arizona Coyotes taking place in Kelowna.

Pettersson’s shows off his moves

All eyes will be on Elias Pettersson as he makes his preseason debut.

When that will be is anybody’s guess, as Travis Green was guarding his lineup with the kind of secrecy you’d expect during the Stanley Cup Final.

On Monday, in the final scrimmage of preseason, Pettersson showed off his incredible skill, making the goaltender look silly on a breakaway.

This is a huge preseason for Nikolay Goldobin.

With increased competition in camp, the 22-year-old isn’t guaranteed a spot in the opening night lineup. If he can’t make the team to start with, he’ll require waivers to go to Utica.

So far, so good, for the skilled Russian forward, who scored a hat trick on Monday.

His reward? An interview conducted by Jake Virtanen.

We know the names of 10 players who attended Canucks camp that won’t appear in preseason games.

None are household names.

These eight players have been released from their tryout contracts and will attend Utica Comets training camp:

A message appears to have been sent to forward Michael Carcone, who finished sixth in scoring with the Comets last season. He was the only player already signed to a contract that was sent down.

Finally, for some reason Norm MacDonald hates the Canucks.

In an interview with Toronto Star reporter Garnet Fraser, the Quebec-born comedian said he’d love to see any Canadian team win, except Vancouver.

A leftover from my @normmacdonald interview transcript, containing his least controversial opinion: his hatred of the Vancouver Canucks. pic.twitter.com/79dY3eU2hJ

I’d say Canucks fans should be furious with him, but then I watched this video and can’t stop laughing: