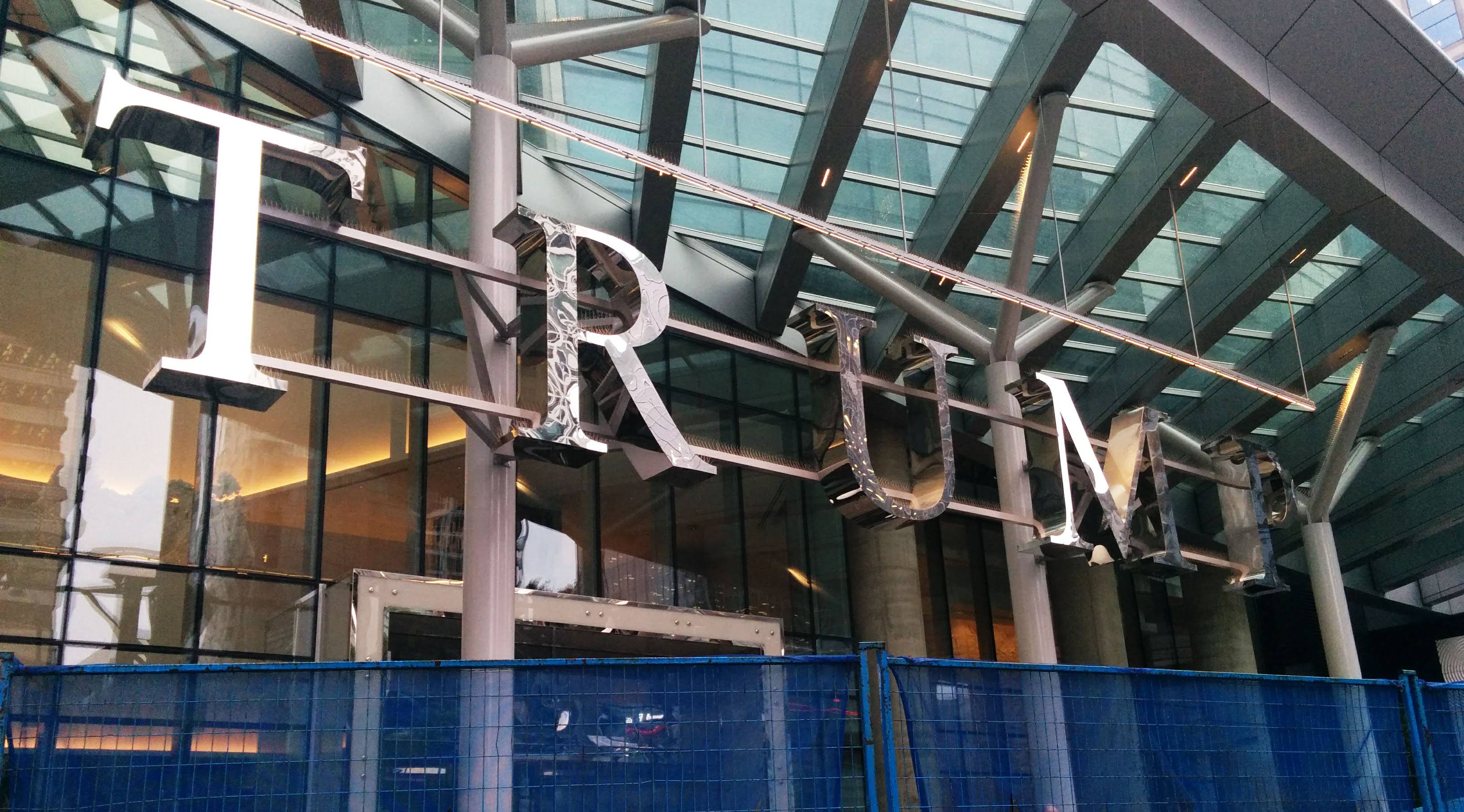 The signs outside the new Trump Tower in Vancouver have finally been unveiled, ahead of Donald Trump’s inauguration as US President on Friday.

The controversial tower is not quite finished though – on Thursday, construction workers were still putting the finishing touches to the front of the $360-million building. 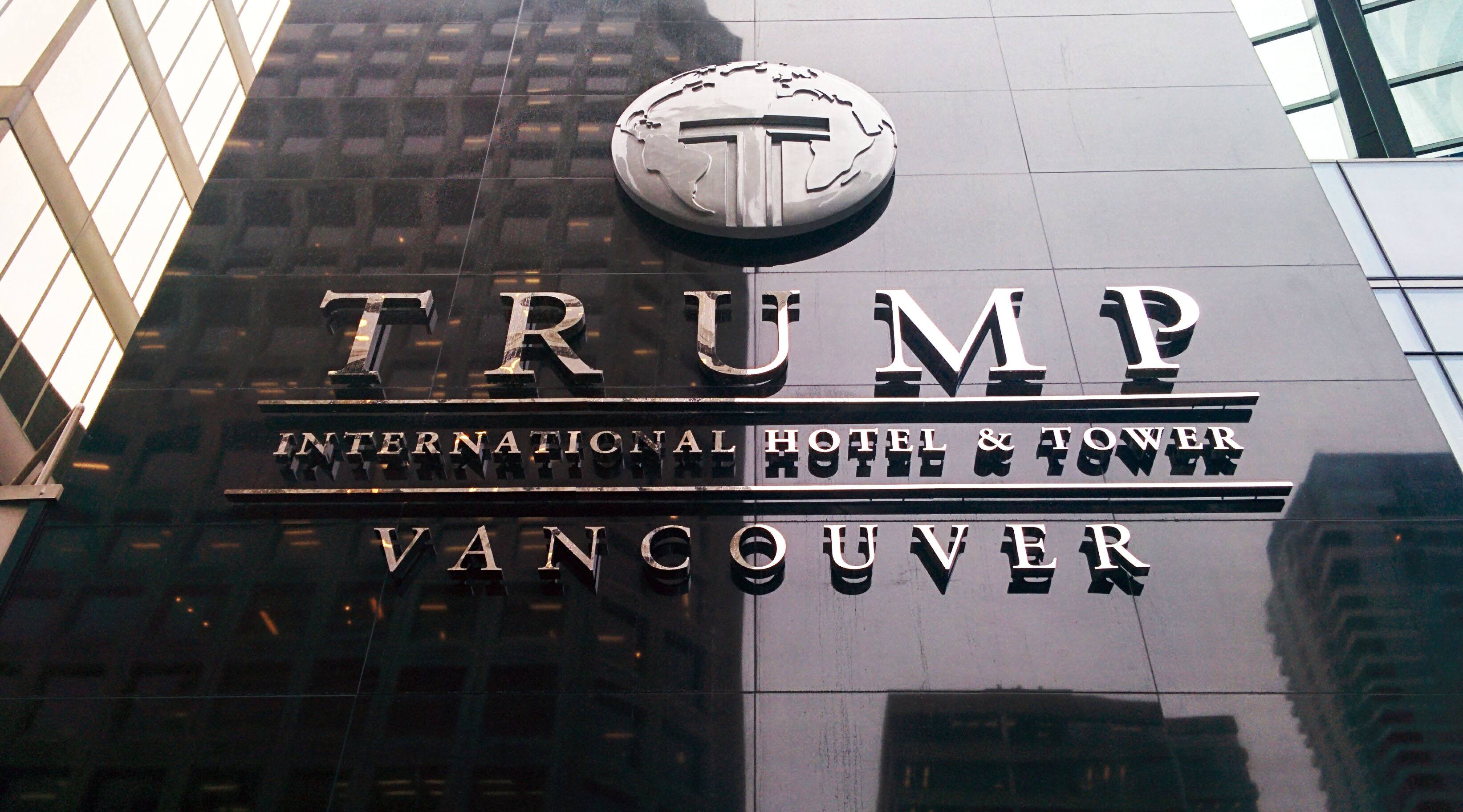 The twisting tower on West Georgia has long been a point of protest in Vancouver, the regular focal point for anti-Donald Trump demonstrations.

And since the as-yet unopened tower first appeared on Google Maps, it has been temporarily renamed Dump Tower, and received a slew of negative parody reviews.

As well, tens of thousands of Vancouverites have previously signed petitions objecting to the Trump name emblazoned on signs outside the tower.

But unlike Trump’s future hotel projects, which are being rebranded as Scion, the Vancouver hotel and tower is unlikely to be renamed.

While the $360-million Trump International Hotel & Tower Vancouver may bear the president-elect’s name, it is not actually owned by his family.

Local developers and owners Holborn Group simply bought the licence to use the Trump name to brand the luxury tower and run it as part of the Trump Hotel chain.

Still, it’s worth noting that Donald Trump, and his three children Donald Jr., Ivanka, and Eric did appear at a press conference announcing the project back in 2013.

The 69-storey luxury tower, which consists of 147 hotel rooms and 217 upscale condos, is scheduled for opening in early 2017.

And given the potential legal and financial implications of cancelling a contract with the Trump family, the tower’s name doesn’t look to be changed any time soon.