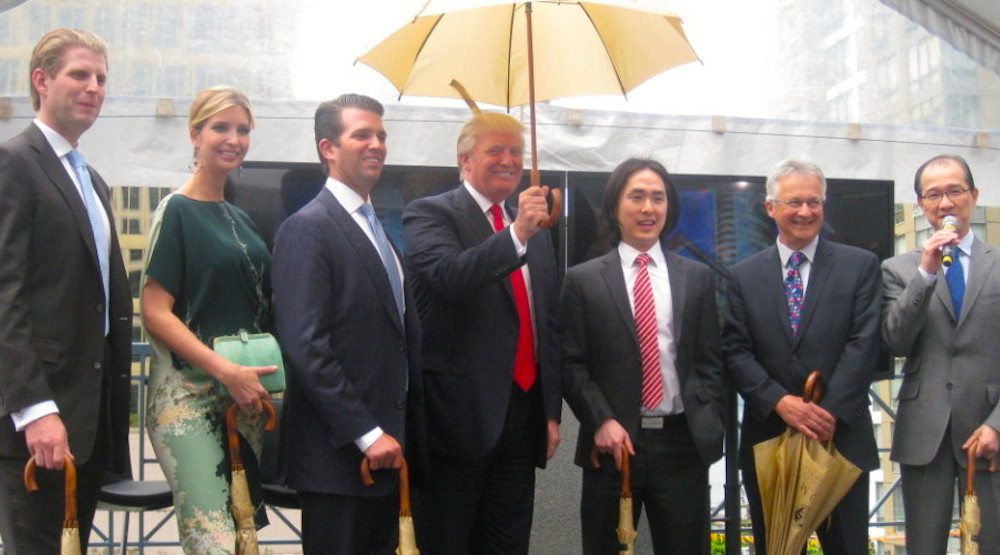 It appears that that Trump Hotels is taking a big step to dissociate its hospitality business from its highly controversial namesake founder and US presidential candidate.

In a bid to target younger demographics, the chain recently announced that all of its future hotel projects will be branded as ‘Scion’ instead of being a part of a continuation of the Trump Hotel brand and identity.

“Our business at Trump Hotels is stronger than ever and we are incredibly excited about the future of Scion, the newest brand in our hotel portfolio,” said Ivanka Trump, Executive Vice President of Development & Acquisitions of The Trump Organization and daughter of Donald Trump, in a statement.

But this contradicts some reports about faltering bookings at its 15 luxury hotels around the world, with vacation planning website Hipmunk claiming bookings on its platform for hotels bearing the Trump brand are down by 58.46% compared to the same period in 2015.

Separately, Ovation Vacations told Bloomberg this week that bookings for Trump Hotels through its services have fallen by 29% over the past six months.

There are Trump Hotels in New York, Toronto, Las Vegas, Chicago, Rio de Janeiro, Panama, and soon Vancouver, which was originally scheduled for an opening next month with the developer blaming the delay on the project being behind in construction.

Trump Vancouver International Hotel & Tower is now scheduled for an early-2017 opening, coinciding with the same period the first Scion hotel is expected to open.

The 69-storey tower is Vancouver’s second tallest building and consists of 147 hotel rooms on the lower floors and 217 upscale condominium units on the upper floors. The property is owned and built by Vancouver-based Holborn Group, which partnered with the Trump Organization in 2013 to brand and manage the hotel and residences as part of the Trump Hotels chain.

At this time, Holborn has not given any indication that it will be renaming the tower to the Scion brand.

Holborn CEO Joo Kim Tiah previously told Daily Hive that his company was under legally binding contractual obligations to retain the Trump brand, and abandoning it would result in hefty financial penalties. However, with the Scion brand falling under the Trump Hotels umbrella, this could theoretically provide the Vancouver property with a legal ‘way out’.

This new Vancouver hotel designed by the late Arthur Erickson was originally planned as a Ritz Carlton Hotel a decade ago, but the hotel branding and management partnership fell apart shortly after the 2008 recession. The Ritz Carlton did not return to the project when the plans for the tower were revived in 2011.