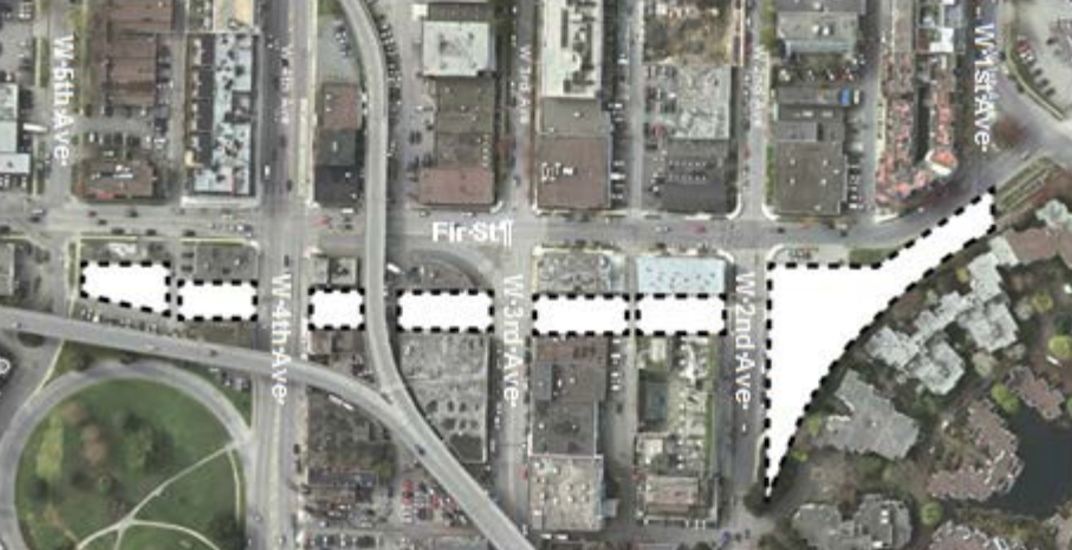 Unused lands of the Arbutus Corridor that can be reacquired by the Canadian Pacific Railway. (City of Vancouver)

Lands on the Arbutus Corridor that are no longer being considered for the Arbutus Greenway could be sold back to Canadian Pacific Railway (CPR) for just $1.00.

And as these parcels are nearest False Creek, they happen to be some of the most valued tracks of land on the former railway corridor, which leads to the soon-to-be-closed Molson Brewery.

At a public meeting scheduled for Wednesday, September 5, Vancouver City Council will consider a City staff recommendation to remove the lands that are not required for the greenway from the Arbutus Corridor Official Development Plan.

Under the terms of the 2016 purchase agreement when the City acquired the Arbutus Corridor for $55 million from CPR, the railway company can reacquire these parcels for a combined total sum of just $1.00. 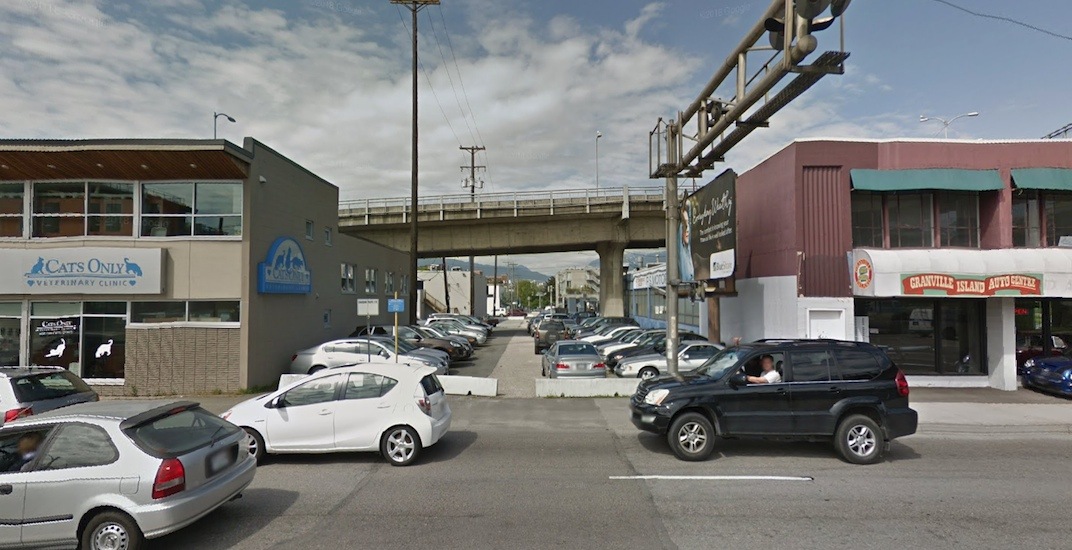 Article 11 of the agreement noted that preliminary work already deemed this stretch of corridor was never intended to be designed for a light rail line and walking or cycling use due to “engineering and safety constraints” posed by the narrow width of the corridor.

“The Purchase Agreement was also made available on the project website and at consultation events. At the last round of open houses in May 2018, specific reference was made to the removal of the Option Lands from the AC ODP, with retention of their existing zoning, until further planning work commences.”

However, if CPR takes this option, it will forfeit its right of gaining any revenue for any of the lands sold by the City elsewhere along the corridor for development. The same agreement notes that CPR could receive 75% of the first $50 million of the proceeds from land used for development, and this decreases to 50% and 25% for further increments of $50 million – up to a maximum of $150 million.

Any shared revenue potential would only come from the “Excess Lands” between West 33rd Avenue and West 37th Avenue, which were outlined as lands that will not be used in the greenway by the City Council’s recently approved high-level concept for the permanent greenway design.

If the amendments to the development plan are approved, the zoning for the parcels will retain their existing zoning, allowing for various forms of housing, commercial, and industrial.

But the City will also undertake a process to explore the future land use and density options for the triangular-shaped parcel of land within False Creek South on the east side of Fir Street, north of West 2nd Avenue. A proposal by City staff for the parcel’s development potential is scheduled to be considered by City Council in 2019.

If the next four-year capital plan is approved, the first permanent segment of the Arbutus Greenway in the area between Southwest Marine Drive and Milton Street could be constructed by 2022.

Longer-term plans for the Arbutus Greenway include a light rail transit system like a streetcar. 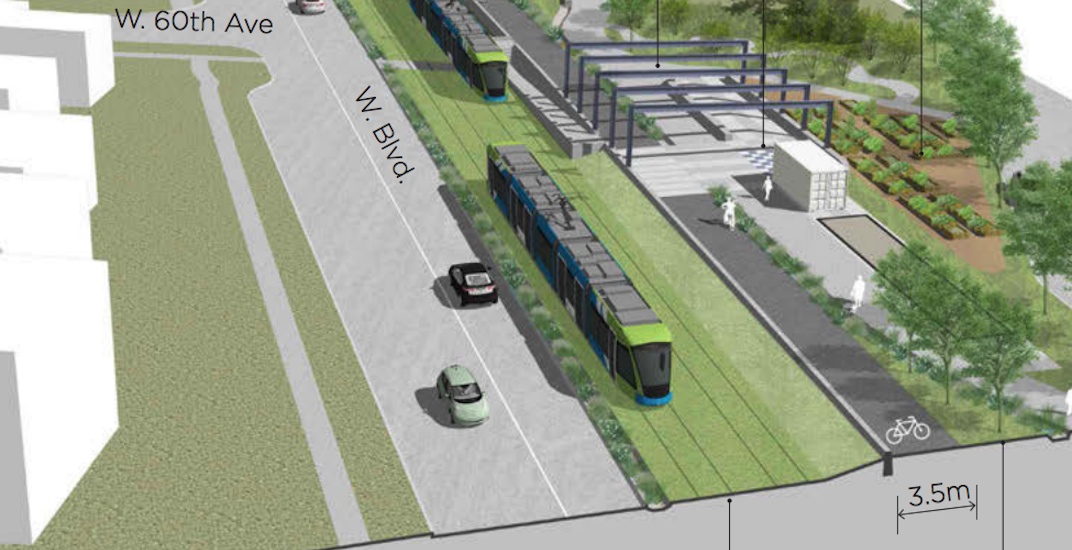 Artistic rendering of the Arbutus Greenway with streetcar. (City of Vancouver)