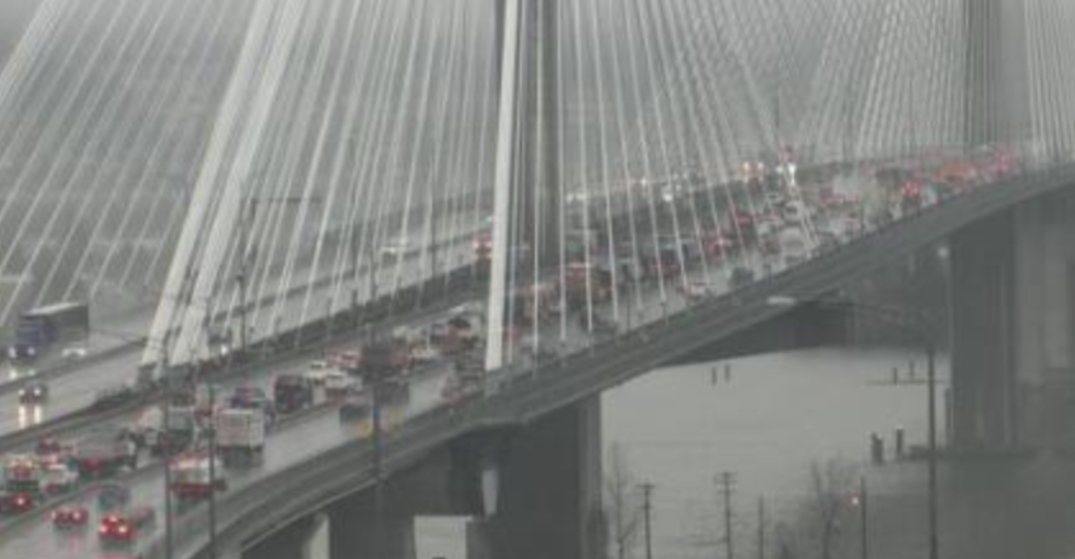 The Monday morning commute was extra harsh on March 14, and it wasn’t because of the rain.

A long convoy of vehicles was observed on highway cams, clogging up traffic along Highway One and on the Port Mann Bridge.

According to Drive BC, there was “heavy westbound congestion” in Coquitlam between Brunette Avenue and the east end of the Port Mann, causing “major” delays for westbound traffic.

For commuters coming from Surrey into Vancouver, it wasn’t a vibe.

The movement did not appear to have support on social media, where Twitter users voiced how their thoughts on the traffic.

BC has lifted all Covid mandates as of last Friday, so today there is a planned truckers convoy to show up and block a major highway in Vancouver to get this,,,protest Gas prices! pic.twitter.com/NCGiCeC2FH

Later in the morning, the bridge traffic eased and returned to normal, but the morning rush hour commute was frustrating for commuters trying to get to work.

Reports indicate that the protest is in regards to how high gas prices are affecting the trucking industry, and not related to COVID-19 mandates – which are changing rapidly in BC.

The BC Trucking Association told Daily Hive that it’s not associated with the protest activity, and said that fuel is the number one consumable cost for the sector, accounting for about a third of operating costs.

“While some of the cost during periods of high price variability is absorbed by companies, the majority of the cost gets passed on to consumers,” said a rep.