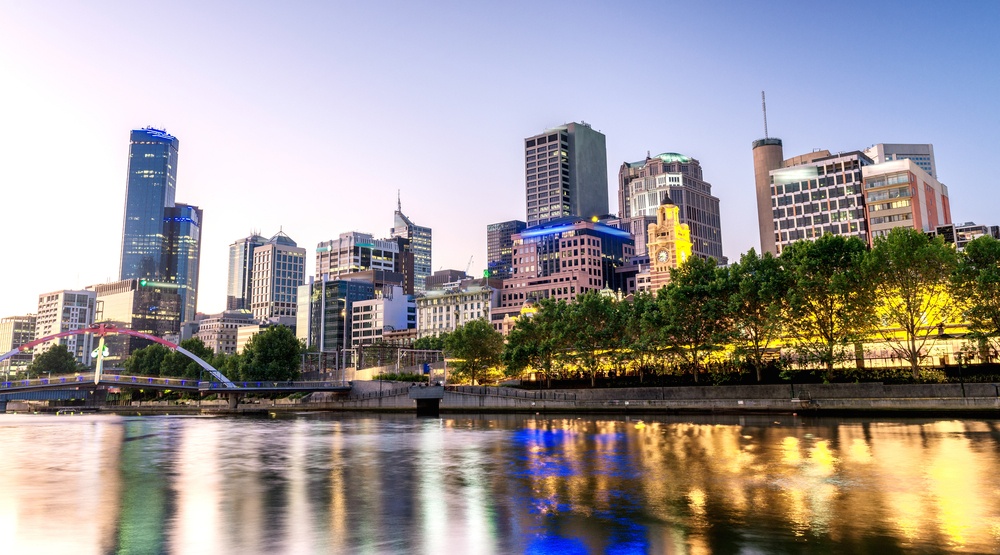 The Melbourne, Australia skyline from the Yarra River (Shutterstock)

In a significant move that expands Vancouver’s connections to major centres around the Pacific Rim, Air Canada has announced that it will operate a new frequent direct, non-stop service between Vancouver International Airport (YVR) and Melbourne Airport (MEL).

The new flight service connecting Vancouver with Melbourne, Australia’s second largest city, will be the airline’s third service from YVR serving the island continent and the first route between Canada and the Australian city.

From YVR, Air Canada also operates separate year-round daily, non-stop flights to Sydney – one of the world’s longest commercial flight routes – and Brisbane, which began in 2016. The Brisbane service was so successful that the airline increased its frequency from three times weekly to year-round daily just a few months after its launch.

“We are pleased that Air Canada chose YVR as the airport to launch the Melbourne service and feel confident this route will be a success, hopefully leading to year-round service based upon the substantial increase we have seen of Australian visitors to YVR in the last two years,” said Craig Richmond, CEO and President of the Vancouver Airport Authority, in a statement.

For the Melbourne route, which will be the first ever direct, non-stop flight from Canada to the Australian city, the service will initially operate on a seasonal basis with four-times weekly beginning on December 1, 2017. It will utilize a new Boeing 787-9 Dreamliner aircraft with a seat capacity for 298 passengers.

Operating on Monday, Wednesday, Friday, and Sunday, flights will depart YVR at 10:45 pm and arrive in MEL at 9:45 am two days later. For return trips, flights will leave MEL at 11:40 am and land in YVR at 7:30 am on the same day, which allows passengers to connect to other domestic and international Air Canada flights from the airline’s growing hub in Vancouver.

“Air Canada is continuing its strategic, global expansion with a diverse range of exciting new non-stop routes this winter including new routes to Australia and the United States from YVR,” said Benjamin Smith, President, Passenger Airlines at Air Canada.

“Our seasonal Melbourne service will provide additional options for business travellers between North America and Australia as well as Australians seeking a Canadian winter vacation experience.”

As well, the airline also announced today its plan to operate a seasonal service from YVR to Orlando International Airport. The twice-weekly flights to the Floridian theme park and resort destination will begin December 20, 2017 using a Boeing 767-300ER aircraft.

Both the Melbourne and Orlando flights are expected to add $2.5 million in wages, $1.4 million in tax revenue, and $4.4 million in GDP to the BC economy.

All of this adds to Air Canada’s immense expansion from YVR over the past two years, which includes new frequent routes to Cancun, San Jose, San Diego, Chicago, Dublin, Delhi, Dallas, and Phoenix.

Over the coming months, the airline will also be introducing new flights to Denver, Boston, Frankfurt, London (Gatwick Airport), Taipei, and Nagoya.