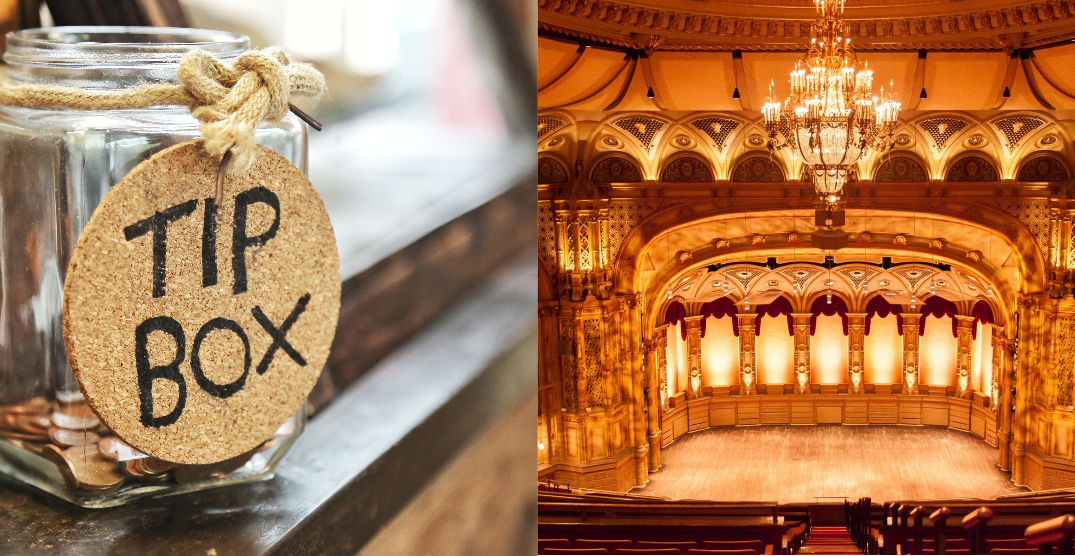 Why can’t bartenders accept tips at city theatres in Vancouver? That’s the question one customer had after starting a petition about the issue.

The petition was started by a regular customer of Vancouver Civic Theatres (VCT) who was concerned for the well-being of bartenders at city events.

Titled, “Let Vancouver Civic Theatres Employees accept tips,” the petition suggests that with the city being such an expensive place to live, VCT employees should be allowed to accept tips.

“How they are distributed can be a discussion between the employees and union and the city, but just simply not allowing people to tip their servers is ludicrous, and seems punitive,” reads the petition.

In the end, it just left the customer wondering why.

“You used to be able to tip at VCT venues. And now you can’t,” the petition creator claims.

They also suggest that the POS system that the city uses has the ability to accept tips.

“Not being able to tip slows the line down, as people often cancel the transaction assuming they accidentally missed the tip option.”

Daily Hive spoke to the City of Vancouver about the petition and the rules around VCT bartenders and tips, and we got some answers.

According to a statement from VCT, “every effort to provide an exceptional audience experience” is made by the institution.

“To provide as seamless a process as possible, the VCT is a cashless environment and signs are posted to inform patrons that we do not accept tips.”

The statement went on to say that it would be “very difficult to distribute tips equitably” due to the way staff is spread out across the various venues including Queen Elizabeth Theatre, The Orpheum, Playhouse, and Annex.

Another thing that’s important to take note of is the fact that VCT employees are, of course, City employees who make more in wages than the average bartender.

“We are a proud living wage employer and strive to provide significant working hours to staff.”

There’s another policy that applies to all City of Vancouver employees, which is that “staff must never accept a gift of cash,” even if it’s a gift card.

Do you agree with the reasoning? Let us know in the comments.