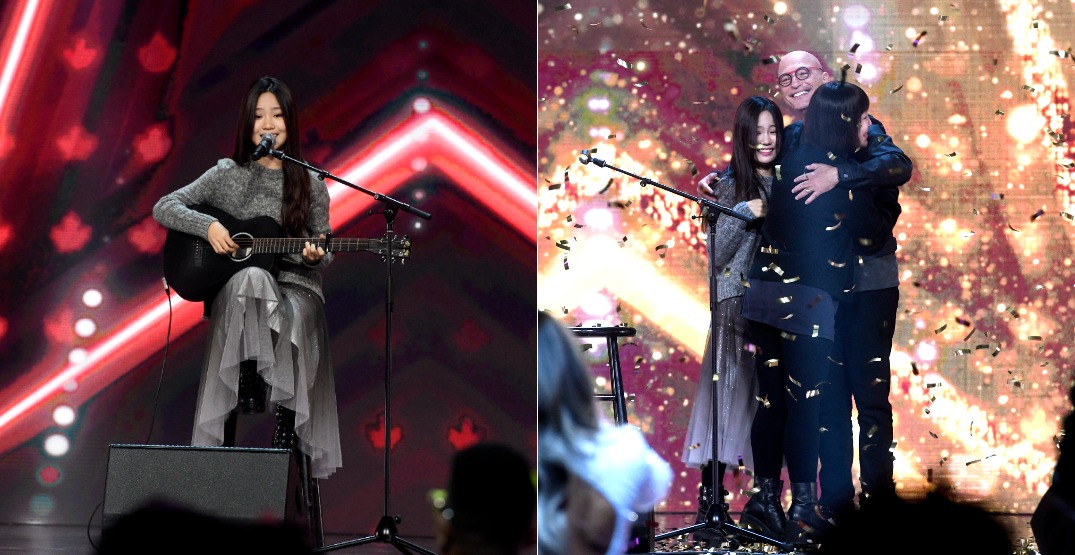 One of the top performances on the latest episode of Canada’s Got Talent belongs to a 14-year-old singer from Vancouver, BC whose life has changed forever.

The singer, who goes by Shea, performed an acoustic version of “Like My Father” dedicated to her parents. Her mom was in the audience, although her dad was far away at work in China.

“We don’t get to see each other that much, but even though he’s really far away, I don’t really think the distance weakens the bond between him and me. I miss him a lot and I know he’s really supportive of me and my musical dreams,” she said during her introduction on the show.

“I’m using my parents as my role model because they’re just so happy. Their life is what I want my life to be like when I grow up.”

She was “very, very nervous” before going on stage, but she didn’t have to be. She and her guitar left the crowd screaming and clapping along by the end of the song.

#Shea is only fourteen years old, but her performance moves our #CGT judges and audience.

Miss last night’s premiere on @City_tv? Catch up NOW on the Citytv app or at https://t.co/LvYy8lWva5. pic.twitter.com/1HNPKEnC8U
— Canada’s Got Talent (@CanGotTalent) March 23, 2022

It brought Lilly, Trish, and Howie to their feet, applauding with glee. Howie even slammed his Golden Buzzer, which automatically sent her to the next round of the competition.

“Do you believe that dreams can come true?” he asked her before pressing his buzzer.

Another Vancouverite, Bonnie Kilroe, also wowed the judges with her celebrity impersonations. The Lions Gate Chorus from Vancouver competed as a vocal group as well.