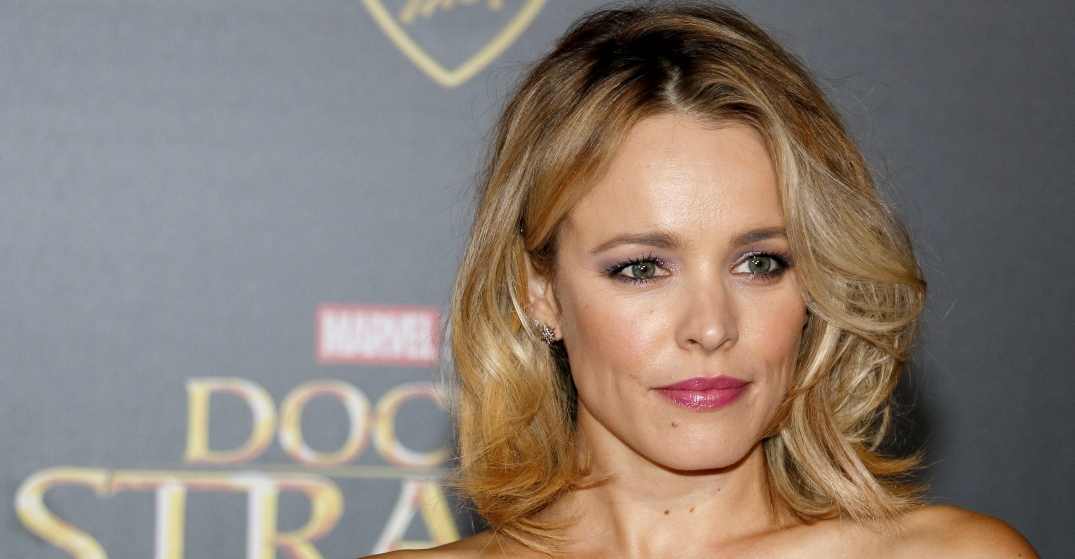 Our country has a seriously impressive collection of talented Canadian actresses.

Some of whom get searched for a mindboggling amount of times.

A new report by The Body Shop reveals the highest-searched Canadian actresses, along with their most searched beauty looks.

Ontario native Rachel McAdams topped the most search list, with the likes of Sandra Oh and Catherine O’Hara rounding out the top ten.

With 100 award wins and 253 award nominations between them, these women have certainly left their mark on the silver screen.

Each actress is ranked with their global search volume, award wins and nominations, and the number of films and TV shows they’ve appeared in throughout their careers. 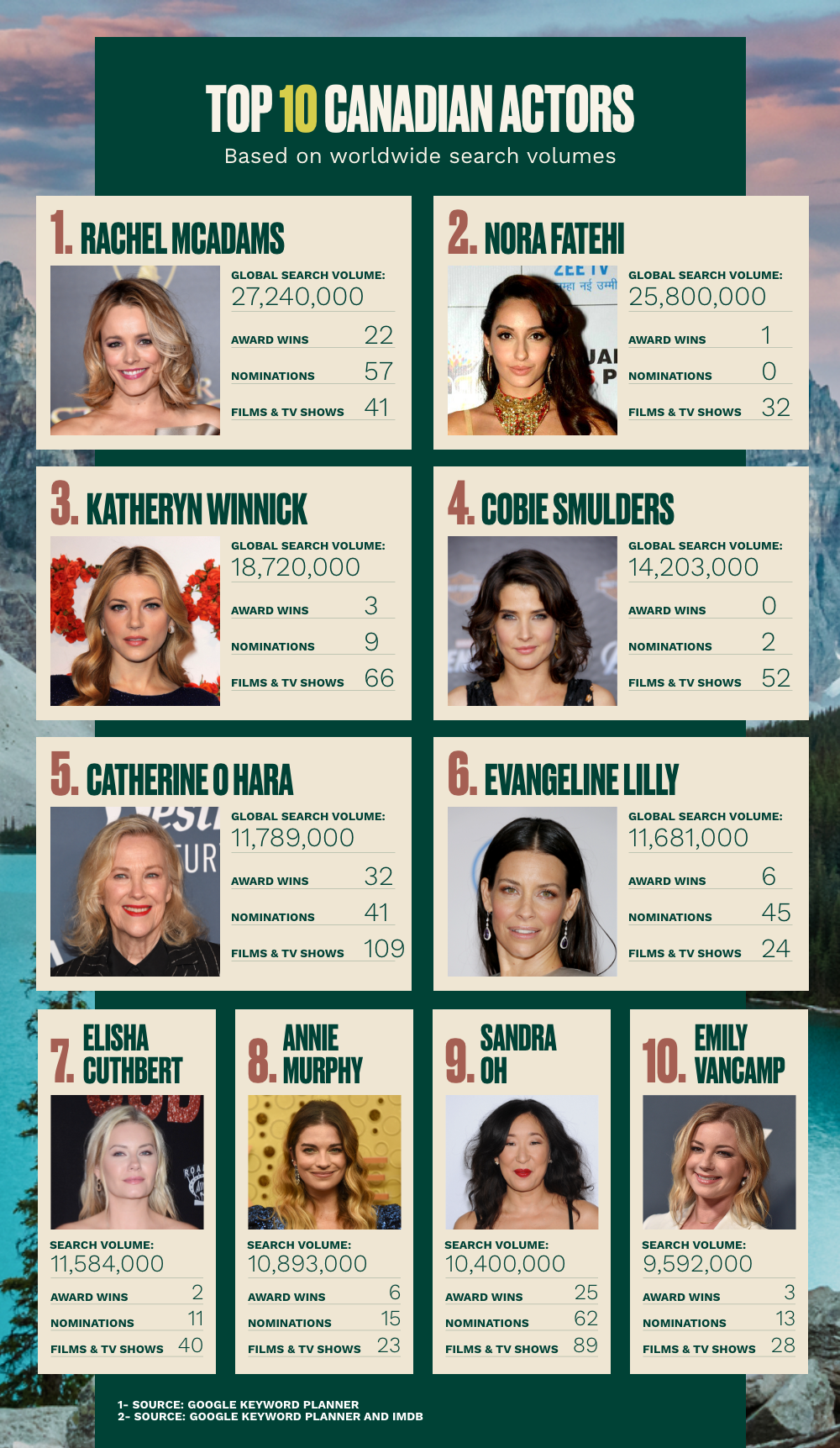 “Believe it or not, the streaming platform Netflix has become an international hub for beauty inspiration,” says cosmetics company. “From faux freckles and defining brows featured in the viral Korean show Squid Game to dewy skin and natural make-up in period drama Bridgerton, fans are loving recreating iconic make-up looks from their favourite shows.”

According to The Body Shop, Squid Game was the most Googled Netflix show in Canada over the past year. Other shows from Schitt’s Creek to Riverdale were responsible for some of the country’s most searched make-up styles. 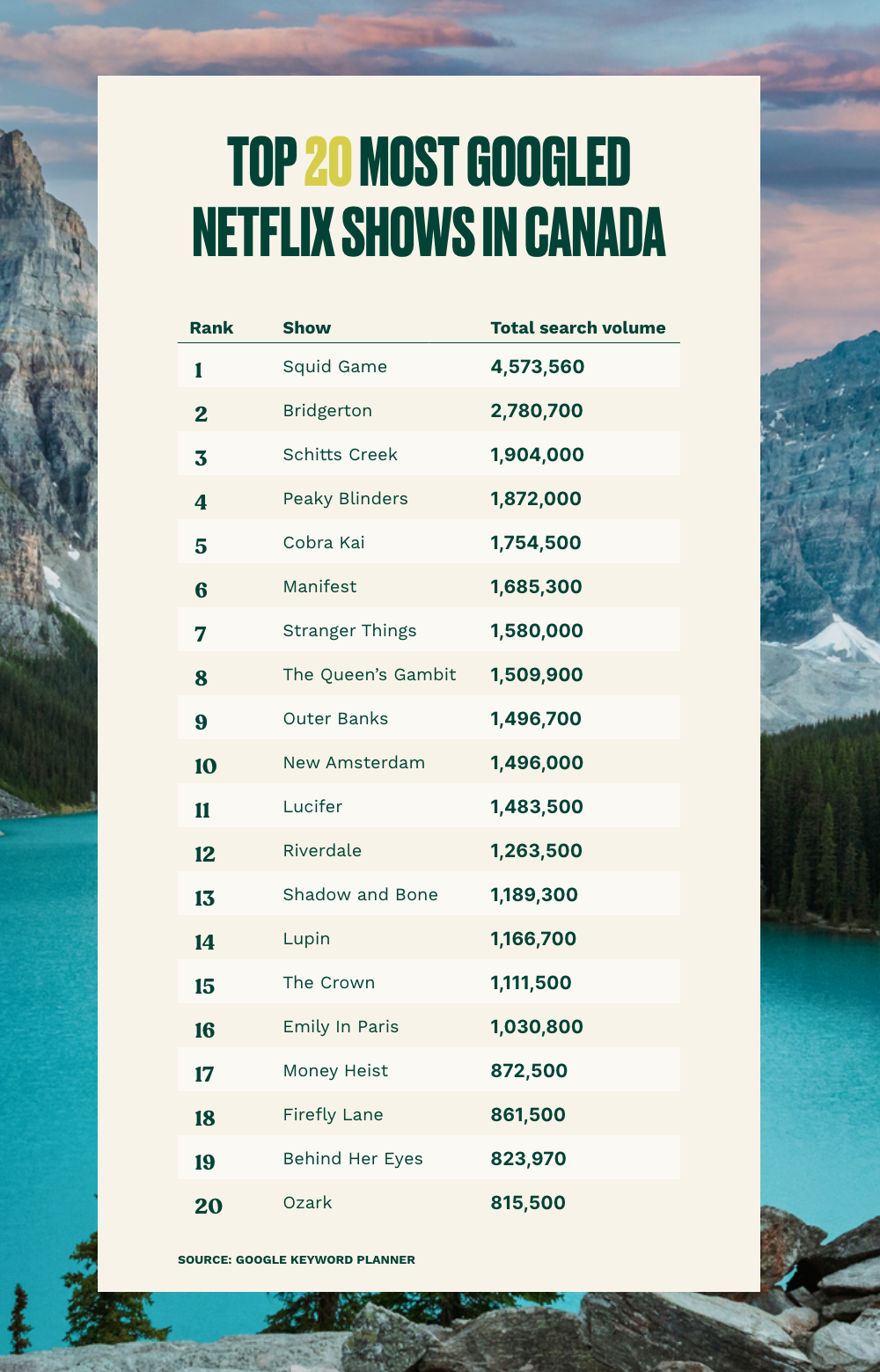 The Body Shop also compiled a list of the 20 most Googled Canadian actor “make-up looks,” with Pamela Anderson topping the list. 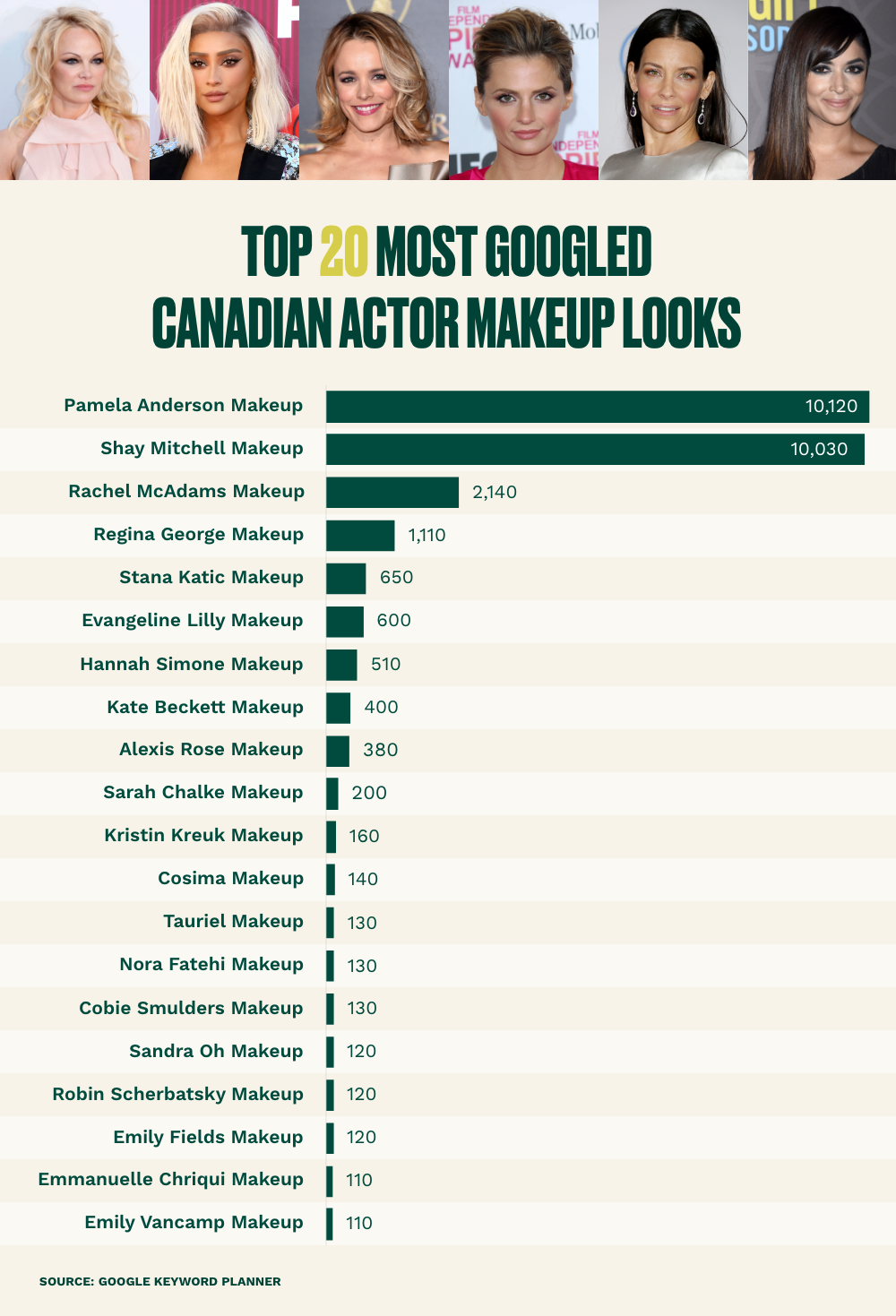