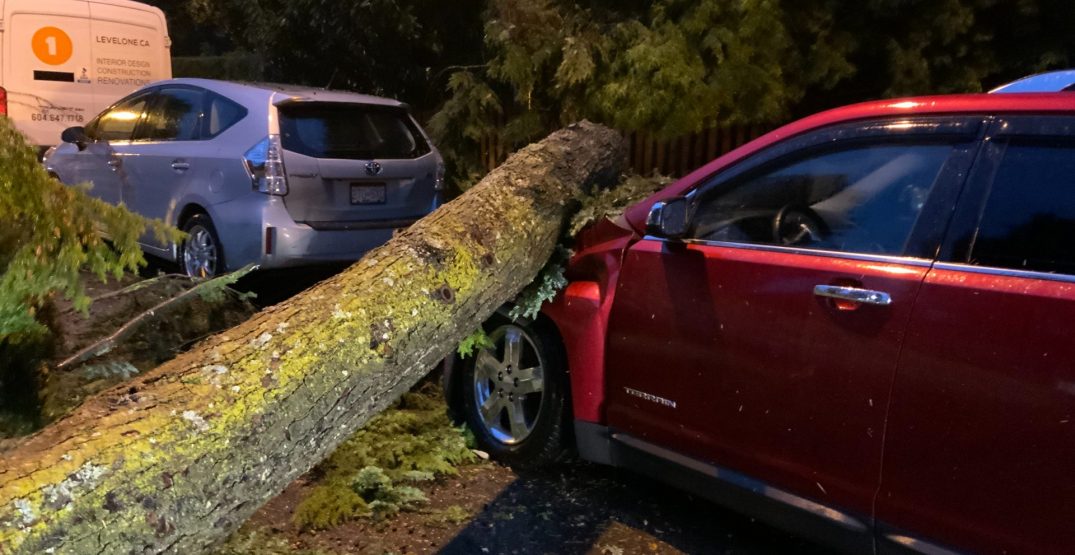 There were sunny skies in the morning of Saturday, September 18 after Vancouver was drenched with rain and hit with prolonged and intense winds.

Environment Canada warned the Metro Vancouver area of intense rain and southeasterly winds of up to 60 km/h.

In the aftermath of the storm on Friday, September 17, social media users reported toppled trees in their neighbourhoods.

Photos by Sukhwant Dhillon shared with Daily Hive showed a tree that had crashed down into a car, completely blocking the road by Fraser Street and East 33 Avenue. 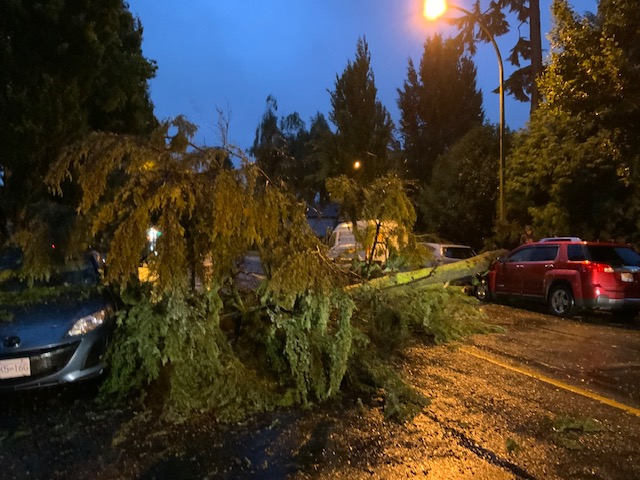 The tree reportedly fell down on Friday night and it wasn’t the only one. According to BC Hydro, the heavy rain and wind caused power outages in dozens of neighbourhoods. Many outages lasted the night into the next morning.

#BCstorm update: Crews continue to work to respond to outages caused by today’s heavy rain and wind. We expect customers could be without power overnight, but crews will continue to restore power as quickly as possible. Please check here for updates: https://t.co/4RWNVUFL0M pic.twitter.com/2sDxHrrroW

Reddit users also posted photos of a tree that had fallen down on Nelson Street, reportedly by Guilford and Denman, completely blocking the road.

As of Saturday, September 18, Environment Canada does not have any warnings or special weather statements in effect for the Metro Vancouver area.

The Weather Network does show rain in the forecast for the next few days, but not like the rainfall seen on Friday, which they say was Vancouver’s wettest day recorded since January 2019.