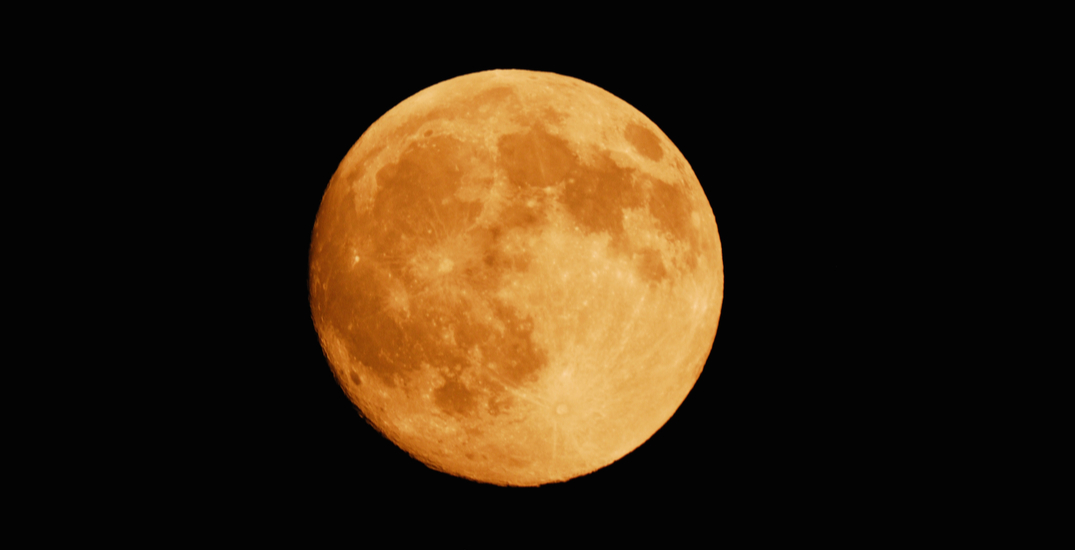 A bright autumnal moon will rise in Canadian skies next week.

According to the Old Farmer’s Almanac, a full Harvest Moon will rise just after sunset on September 20, reaching peak illumination at 7:54 pm EDT that evening.

Gaze towards the southeast to get a glimpse of the celestial spectacle as it floats above the horizon.

While most full moons are named for the month in which they occur — like August’s Sturgeon Moon or April’s Pink Moon — this one is a bit different.

The full moon that rises nearest to the fall equinox — September 22 — is called the Harvest Moon. While that’s usually in September, in some years, it can happen in October.

In those instances, September’s full moon is referred to as the Corn Moon instead.

The Harvest Moon is also unique, the Almanac says, in that it rises at nearly the same time for several days in a row.

This trait is how the moon got its bountiful name: the extra evenings of bright moonlight gave farmers more time to harvest their crops before the first frost of fall.

The Corn Moon is named as such because it often rises as its namesake plant is harvested.

Alternative names for September’s full moon include the Leaves Turning Moon, the Autumn Moon, the Barley Moon, and the Falling Leaves Moon.

Check out the Old Farmer’s Almanac to see when this month’s Full Sturgeon Moon will be visible in your area. Happy moongazing!