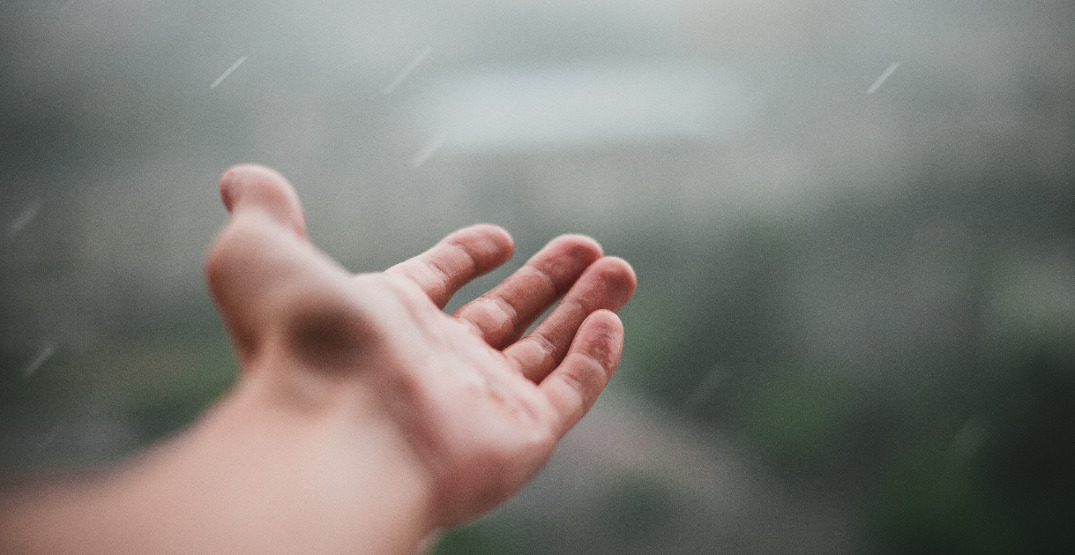 After months of residents hoping that rain would save the city from a scorching summer, it has finally arrived, and Vancouver residents are reacting.

A major rainfall warning is in effect for most of Metro Vancouver, with up to 80mm of rain expected to soak the city.

Strong winds reaching speeds of up to 80 km/h in some areas are also in the forecast.

It is common to hear groans about the weather in Vancouver, particularly when it comes to precipitation.

However, this summer had Vancouverites wishing for wet weather due to soaring temperatures in June and July.

So, now that the rain is here, how are Vancouverites taking it?

As of Friday afternoon, Vancouver was trending on Twitter, and much of it was in response to the heavy rains.

I’m on holiday tomorrow and my “Storm-Tracking FOMO” index is running high which means this is going to be quite the storm for #Vancouver! Heavy rain + gusty winds as the front comes through = potential for power outages + flooding tmrw. Especially evening hours

One thing seems clear, some people are more prepared than others.

now that the rain is back in Vancouver, I can get back to really dressin ☔️☔️ pic.twitter.com/BHd3YXfGv5

Vancouver has some excellent pho options to help you cope.

It’s Friday and pouring rain in Vancouver. You know what that means – Ramen weather! pic.twitter.com/gX2nuo1zPd

The forecast calls for rain until at least Monday, when some sunny breaks are expected. There’s also a small risk of thundershowers on Saturday.

Well. We spent all summer wanting rain, and today, they decided to give it to us in one dump. Lol.

In Vancouver, it’s so easy to know when Summer has ended.

The BC government is warning residents to stay vigilant, as there is a risk of minor flooding in some parts of the province.