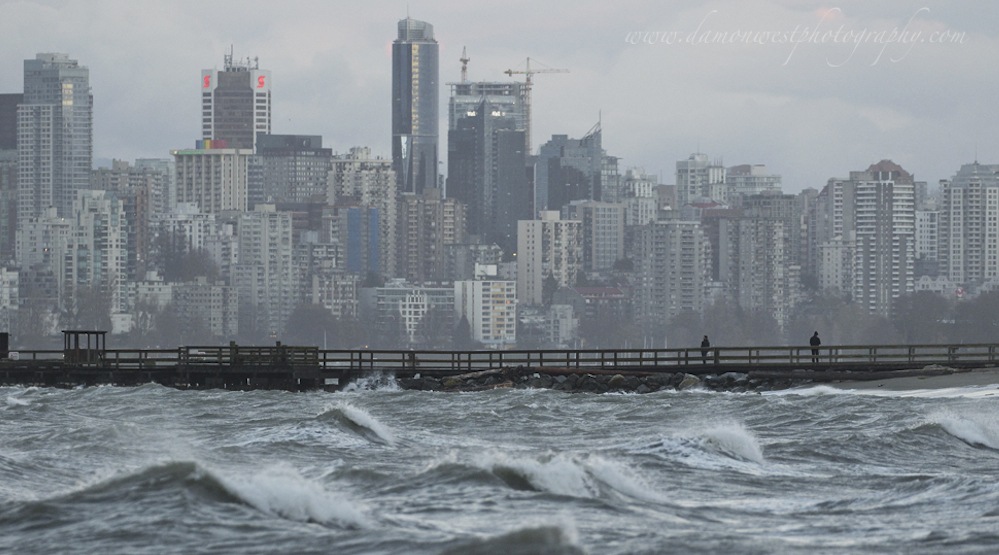 This morning’s rain and wind storm delivered the expected torrential rainfall, but power outages were relatively few affecting only a handful of locations across the entire BC South Coast.

The heavy rain and high winds from this first storm will ease as the system moves further inland.

The next two storms arriving later tonight and Saturday are forecasted to increase greatly in severity. Environment Canada’s latest alerts note that between 80 and 100 mm of rainfall can be expected for Howe Sound and Metro Vancouver beginning tonight through Friday evening.

“The break will be short-lived as a second storm is forecast to move onto the coast this evening,” reads a statement by the federal weather agency. “Heavy rain will redevelop and stronger winds are expected with this second storm.”

Forecasters expect the third storm on Saturday will be the most powerful as this low pressure system is fuelled by the moisture-rich and wind energy remnants of Typhoon Songda.

At this time, Environment Canada says the exact track of the typhoon remnant-enhanced storm is unclear. It could land anywhere from southern Washington State to northern Vancouver Island; a worse-case scenario for Metro Vancouver would be a landfall along central Vancouver Island.

If the storm makes a landfall along Washington State, the impact to BC is expected to be reduced.

“As details concerning the precise storm tracks become clearer, warnings will be issued for multiple regions throughout the next several days,” continues Environment Canada.

Popular North Shore mountain trails including the Grouse Grind and Lower Seymour Conservation Reserve have been closed until further notice for safety reasons.

Municipal governments are asking residents to do their part to avoid street flooding by clearing any leaves and drains.

Residents in storm surge flood-risk areas in Delta have received sand bags and san piles to protect their property from the rising sea waters, and city crews are also in the process of building temporary flood protection berms at beaches.

Power outages from branches falling onto hydro lines and localized flash flooding in low-lying areas are possible. Washouts could also occur near rivers, creeks, and culverts, and mountainside slopes could become unstable, increasing the possibility of rockslides and landslides.