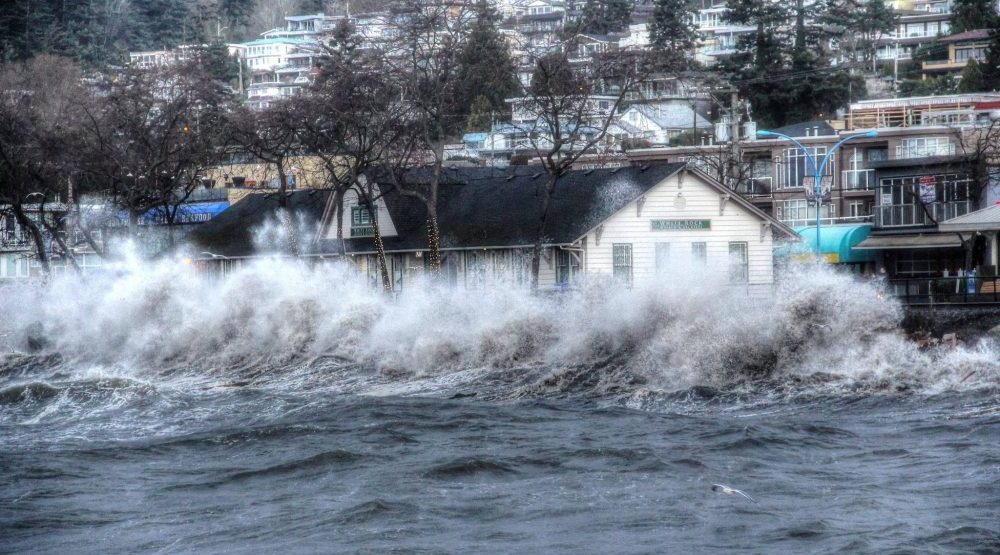 Delta’s municipal government is taking a number of precautionary measures to prevent storm surge flooding from this week’s series of storms.

The Corporation of Delta says it is closing access to beaches and installing temporary flood protection berms in low-lying areas that are vulnerable to a storm surge. City crews have already delivered sand piles and sand bags for local residents along Seaview Road, 1A Avenue, 3 Avenue, and 16 Avenue.

“The public is urged to stay away from the shoreline and nearby areas for safety reasons and to allow crews to respond effectively and immediately,” reads a public notice.

As well, culverts and pump stations will be inspected by city crews to ensure that they are working properly. 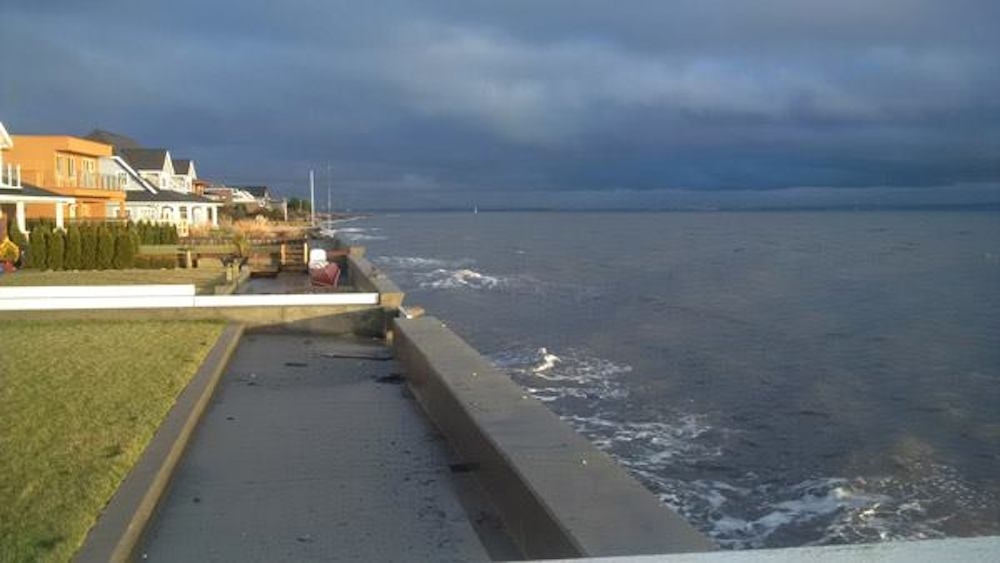 Rivers and creeks are expected to swell with water over the coming days. The provincial government’s River Forecast Centre has warned that rivers across the BC South Coast, especially on Vancouver Island, will rise quickly beginning today due to the runoff from the heavy rainfall from this morning’s storm.

The likelihood of floods from rising rivers and creeks is expected to increase significantly with the arrival of the second and third storms later today and on Saturday, which are significantly more moisture-packed than the first storm.

“Current weather forecasts indicate that the storms will be of increasing intensity and severity from Thursday to Saturday,” reads the flood warning advisory. “Specific details, including locations of highest rainfall intensity and the period of time between each storm, are important factors in determining flood risk during the upcoming storm period. These factors are expected to become clearer over the next few days.”

River banks and creek sides should be avoided due to quickly flowing water and potentially unstable banks.