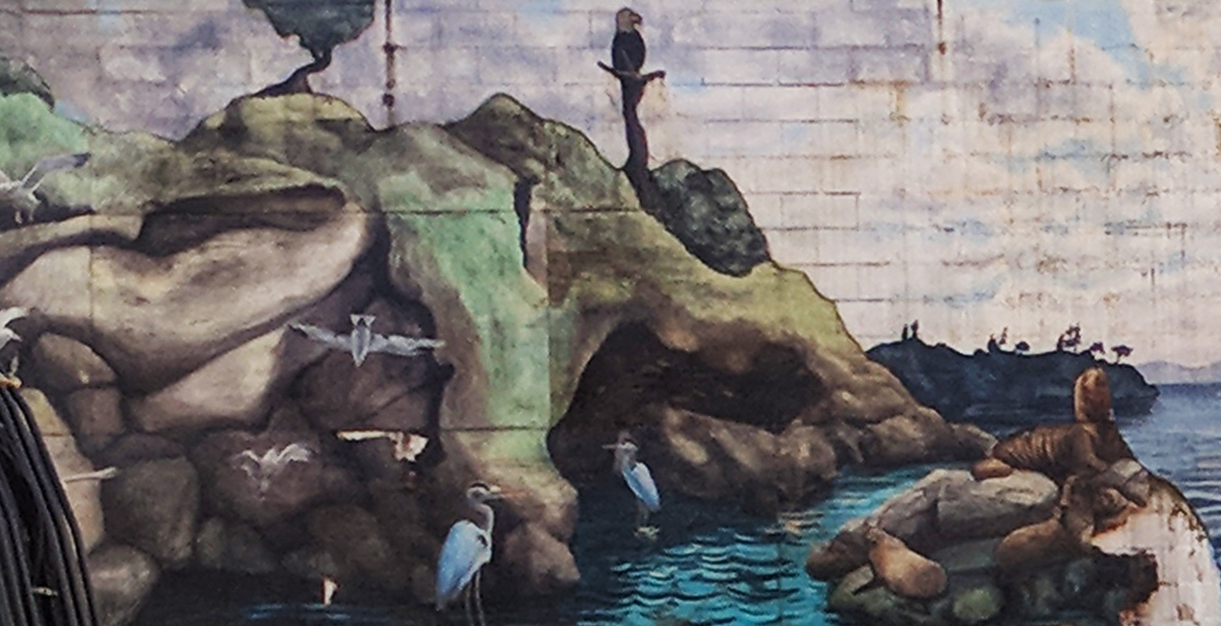 Closeup of mural at Drake and Seymour (Jenni Sheppard/Daily Hive)

A mysterious mural has been uncovered on Drake Street after demolition work tore down the building in front of it – but you won’t be able to see it for long.

The mural, which shows Whytecliff Park, was revealed at 530 Drake Street, painted on the side of the Seymour Street building behind it. 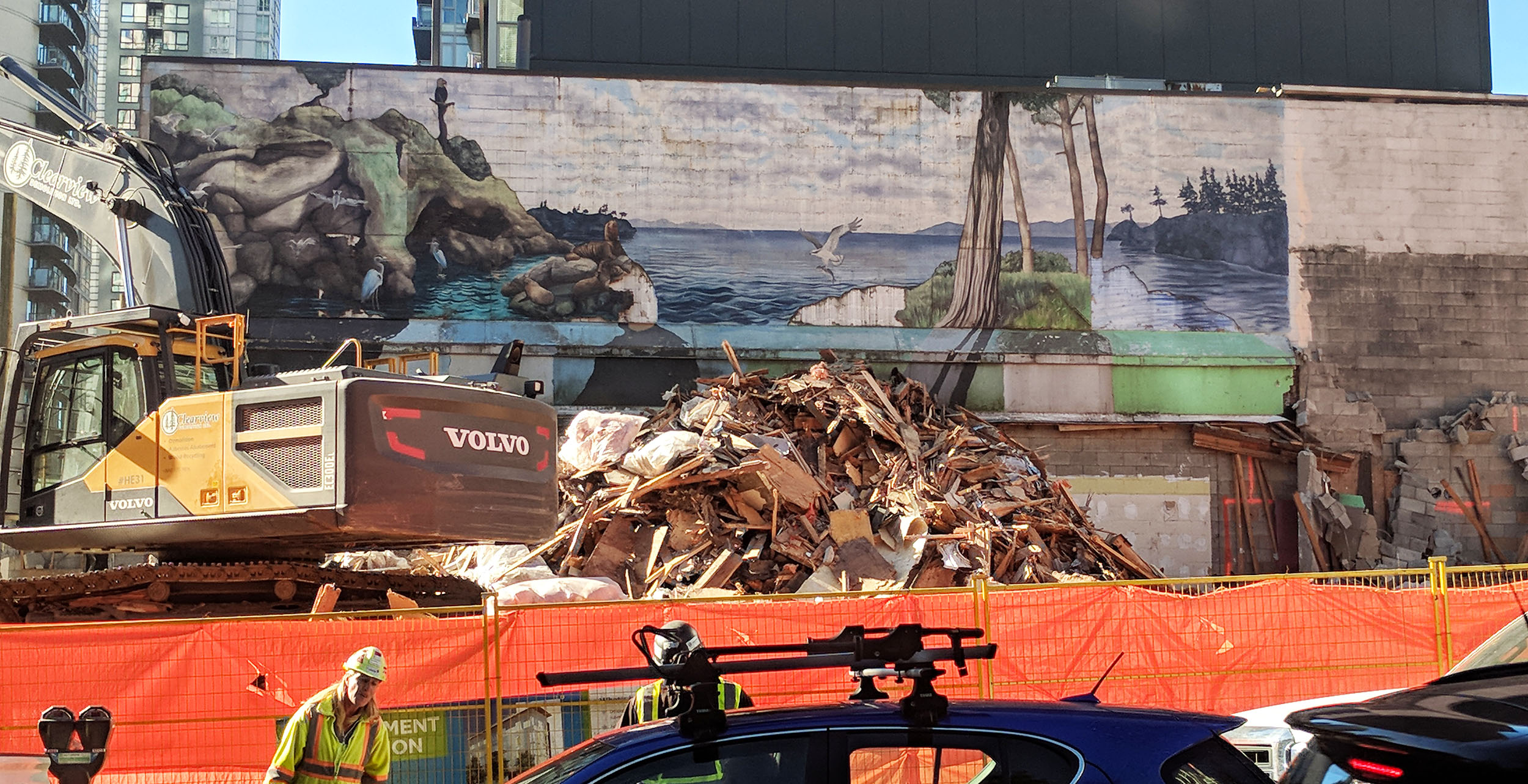 The demolished building was formerly the site of the Immigrant Services Society of BC, which opened there in 1987, the first facility of its kind in BC.

“The mural was to provide a West Coast image to refugee families when they first came to Canada,” recalls Friesen.

Friesen said he believes it was painted by an Emily Carr student, with funding from the Vancouver Sun Children’s Fund, rather than through the municipal government.

The site has now been purchased by Covenant House, which supports homeless children and youth, as part of their plan to expand their services.

Michelle Clausius, Associate Director of Development and Communications, said they were aware of the mural when they planned a new five-storey facility on the site.

However, she said, Covenant House would be building right up against the mural wall.

“It’s an unfortunate thing, but we’re building this facility to provide services for young homeless people,” she said. “The city has a homeless crisis on its hands.”

“Their lifespan is subject to many factors including the weather and the evolving face of the City,” read the statement.

“Therefore, the City does not take active steps to preserve or protect every mural in Vancouver.”

‘There are so many memories’

Friesen is philosophical about the loss of the mural, saying he has lots of mixed feelings and emotions about it, and it is a part of history.

“On one hand, there are so many memories. This building was the first and only refugee reception centre in BC and only the third of its kind in Canada.

“You can imagine thousands of refugees, from all parts of the world, fleeing various conflicts, found safe haven in that space,” he said.

However, he said, it is reassuring to know that the loss of the mural will mean homeless youth get the help they need.

“We were very pleased to sell it to Covenant House, to know that it will remain in the social sector,” said Friesen.

“That to me is a silver lining in light of the history of the mural over the decades.”

The new building is expected to be finished by the end of 2018 – so if you want to check out a little bit of hidden Vancouver history, you’d better get down there fast.