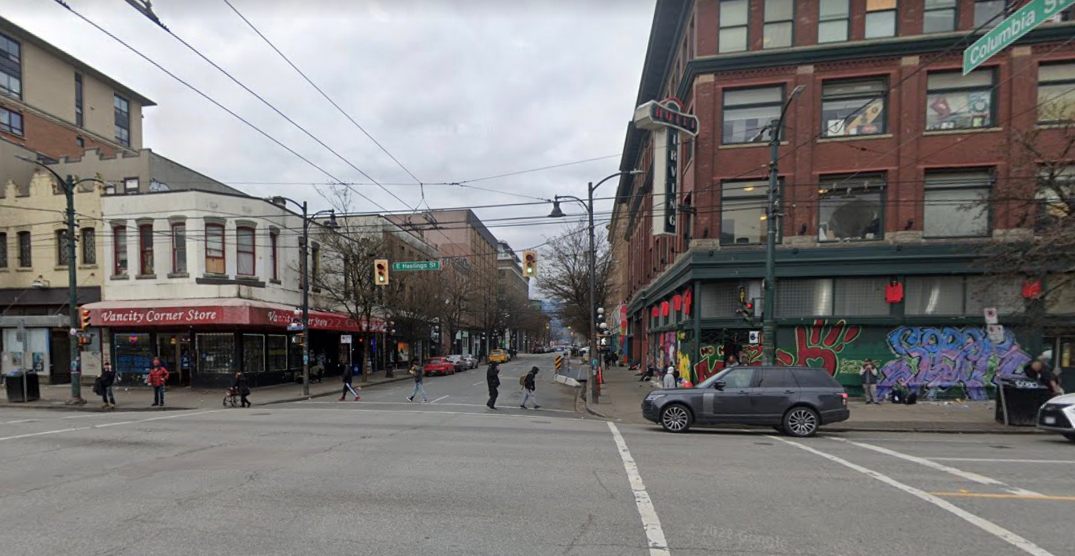 The area where the stabbing took place. (Google Maps)

A stabbing marks the ninth homicide of the year in Vancouver.

The stabbing occurred in the Downtown Eastside earlier this month, but the person who was stabbed succumbed to his injuries in hospital just yesterday.

The news comes just one week after the Vancouver Police Department (VPD) revealed that a different stabbing in Yaletown — confirmed to be a random attack — resulted in the death of 29-year-old Justin Mohrman.

VPD Homicide Investigators believe that the victim, Zane Ponecappo, who was also 29 years old, was stabbed during a confrontation that took place near Columbia and East Hastings streets around 5 pm on July 9.

Police say that after the stabbing, he collapsed and was taken to a nearby hospital but died Thursday evening.

A statement from VPD says that investigators have been working in the neighbourhood since the stabbing took place to collect evidence. The VPD has not shared any information about possible suspects.