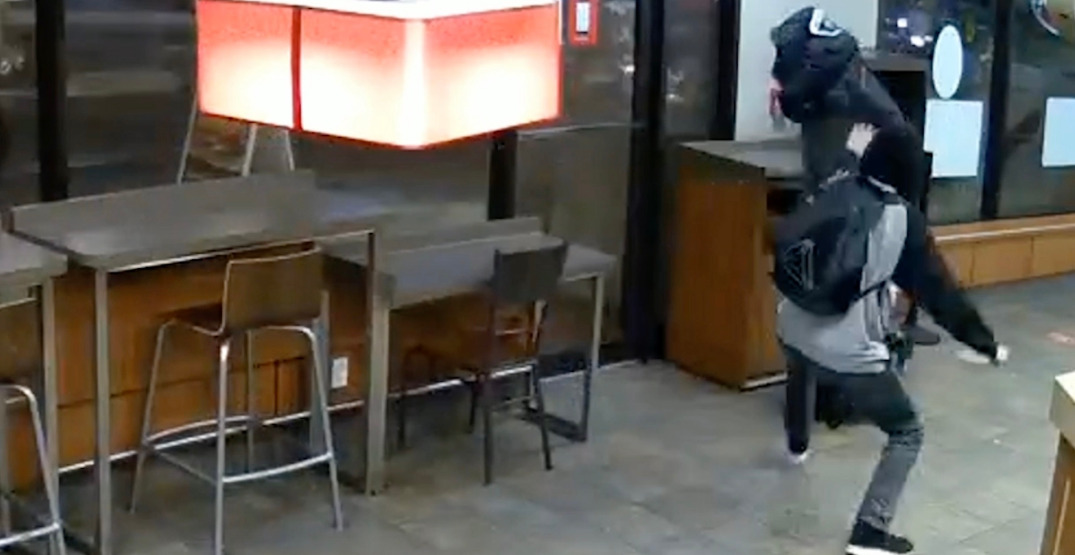 A man has been sentenced to three years in prison this week for stabbing a tourist from Mexico in a downtown Vancouver Tim Hortons.

The random, unprovoked attack was captured on security cameras and shared with the public by Vancouver police.

The victim, Miguel Angel Zepeda Machorro, was putting on his jacket near the doorway of the Harbour Centre Tim Hortons around 6:30 am on January 22 when the stranger viciously attacked him from behind.

“I sincerely thought I was going to die,” he wrote in Spanish on a GoFundMe page for his recovery. “This aggression was without any provocation on my part.”

The injuries were initially classified as life-threatening because the knife punctured Machorro’s lungs, but he’s expected to recover.