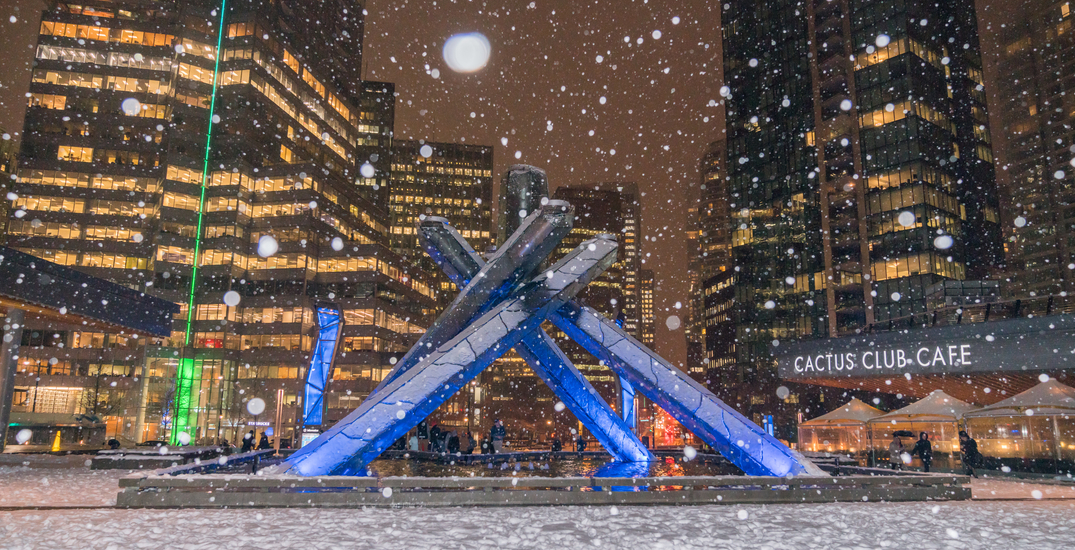 Environment Canada has issued a Snowfall warning for parts of Metro Vancouver as a winter storm is expected to bring up to 10 centimetres of snow to the region.

The alert -issued just before 5 am on Mondayy – is in effect for several areas across Vancouver:

“Snow mixed with rain is falling across Metro Vancouver this morning. As is often the case, elevation and intensity of precipitation rate will dictate total snowfall accumulation as well as those in the path of the Fraser Valley outflow winds,” says the weather agency.

Snowfall accumulation will also vary due to the timing of the transition to rain and is likely to be greater over higher terrain as the rain-snow line will fluctuate between sea level and 200 metres today.

Environment Canada warns citizens to “adjust your driving” as road conditions will be changing throughout the day. Surfaces such as highways, roads, walkways, and parking lots may become difficult to navigate.

Monday’s storm comes on the heels of a record-breaking snowfall seen Saturday and Sunday.

The weather agency urges citizens to continually monitor weather updates once an alert has been issued.

Hopefully TransLink buses have their winter tires on today.