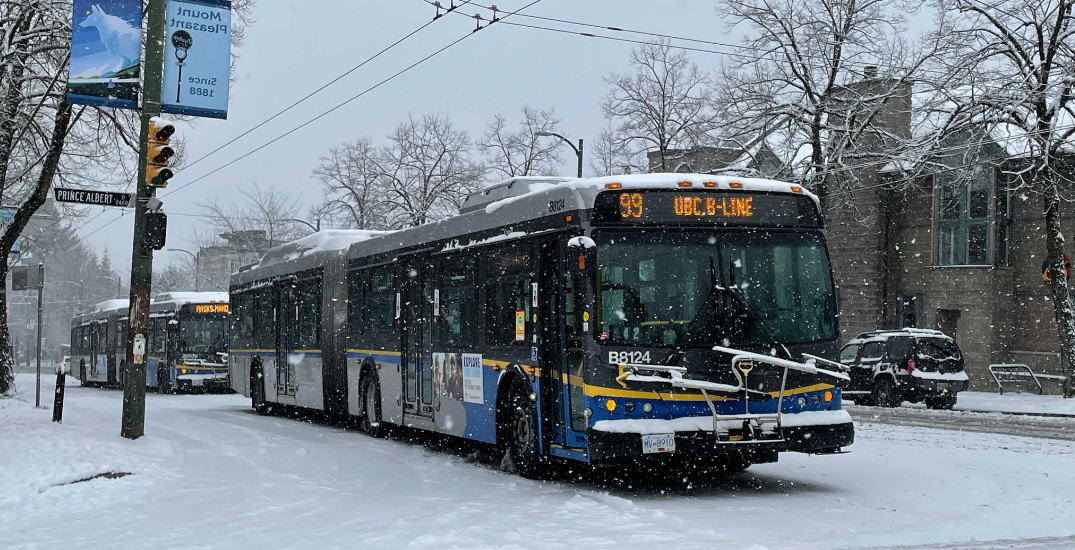 At least six vehicles were stuck in the snow on Broadway, near Fraser Street, by 10 am. The road had not been salted or ploughed, and the buses couldn’t make it up the hill.

Vancouver Police were forced to close Broadway, and were on scene to redirect traffic around the stranded vehicles.

A stretch of Broadway near Fraser is closed to traffic because of the snow. I can count six buses that are caught in the snow and got stuck on the hill. pic.twitter.com/dN2YCEuzsM 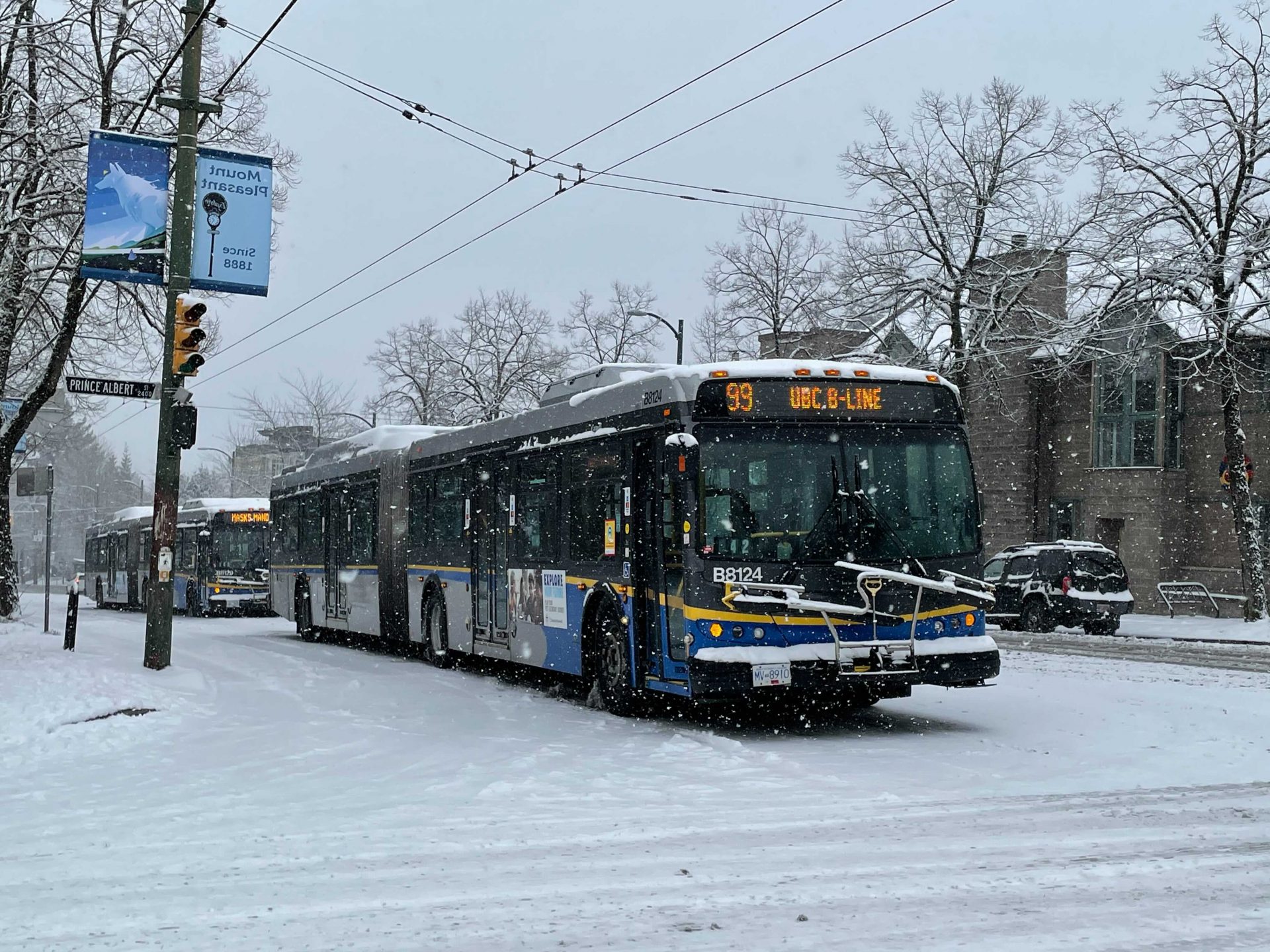 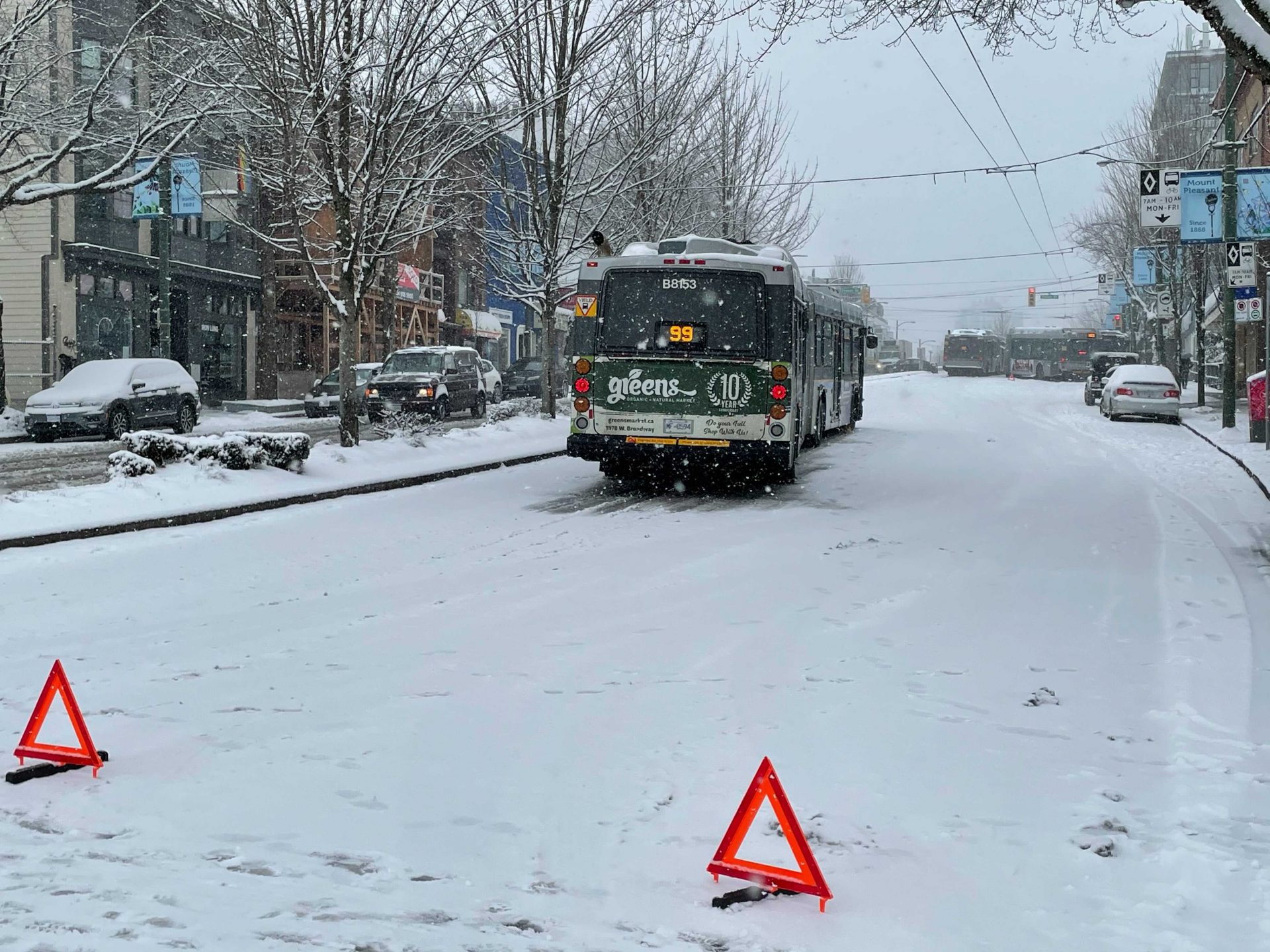 Vancouver was blanketed by snow overnight to cap off a week of record-breaking cold, and  flurries are expected to continue throughout Saturday afternoon.
According to Environment Canada, some parts of Metro Vancouver will see up to 10 centimetres of snow accumulate.
In an alert issued early this morning, the weather authority warned that drivers should prepare for quickly changing and deteriorating travel conditions, and that roads may become difficult to navigate due to the accumulating snow.
ADVERTISEMENT
ADVERTISEMENT