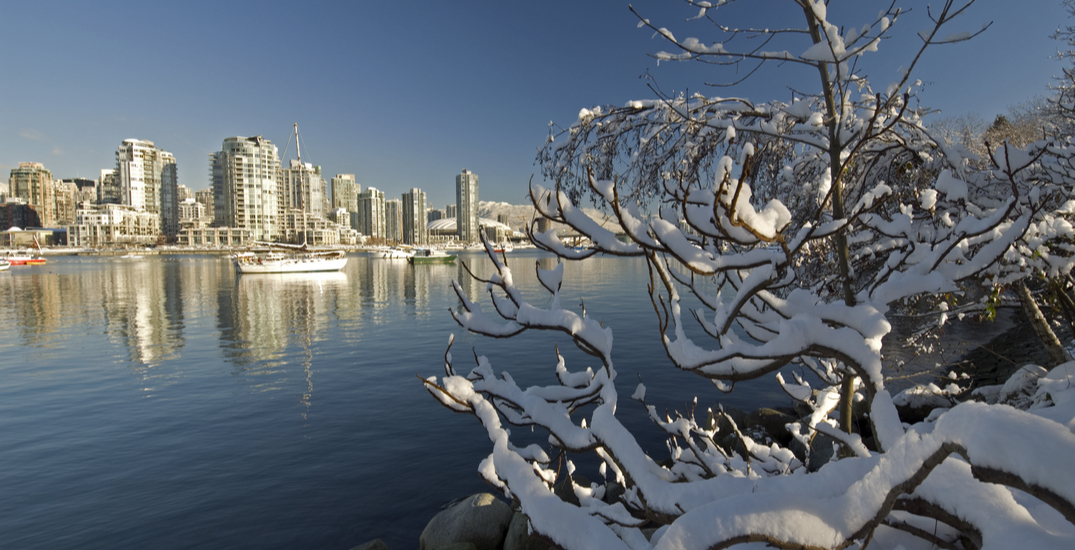 Vancouver is currently in the midst of a record-breaking snowfall.

Today is the snowiest February 13 the city has seen in 72 years, and the flurries are still falling.

As of 8 am there were four centimetres of snow on the ground, making today the fifth-snowiest February 13 ever recorded in Vancouver.

With a 8am snow total of 4cm, today is #Vancouver‘s snowiest Feb 13th in more than 70 years, since 1949. #BCStorm pic.twitter.com/bQJOmX8ATB

Of the top nine snowiest February 13ths Vancouver has seen, three have been in the last four years.

The most snow the city has seen on today’s date was 9.7 centimetres, which was recorded in 1918.

Environment Canada is calling for up to 10 centimetres of snow to fall before Saturday afternoon.

After this week’s Arctic outflow nearly caused the coldest February 11 in more than a century, let’s hope this is the last weather record Vancouver breaks for a while.