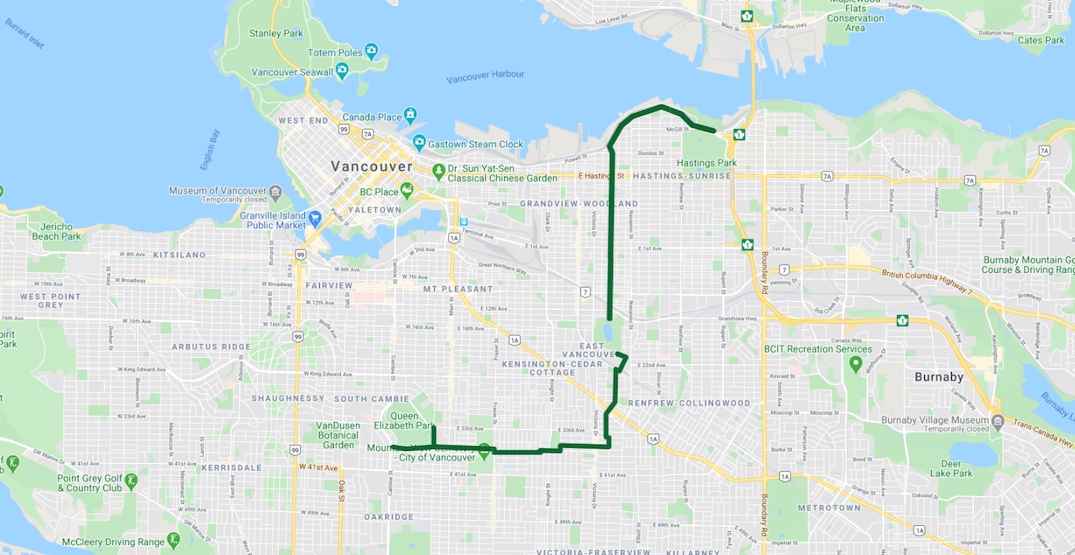 So-called “slow streets” are being rolled out across the City of Vancouver in an effort to provide more room to residents to walk and cycle, and practice physical distancing.

These are all local streets, and there are no road closures. Rather, vehicle access is limited to local traffic, with drivers urged to travel at slower speeds and watch for people walking on the road.

The city will maintain on-street parking, access for emergency vehicles, and waste/reycling collection.

Additional routes will be created over the coming weeks. The city has yet to announce the locations.

Earlier in the month, city staff unveiled a plan to implement up to 50 kms of “slow streets” across the city, using construction-style barriers and local-traffic only signs. This work creating the network of “slow streets” will occur between now and July.

A second phase of work between July and September will monitor outcomes and public feedback on the changes to date, along with the installation of tactical traffic calming at key locations.

The third and final stage beyond September through 2021 will gather data and feedback on how walking, cycling, and rolling has changed on these altered streets. This work will inform a review on the possibility of fast-tracking future new greenways, public spaces, and neighbourhood traffic calming projects.

Earlier in the crisis, the city temporarily closed the eastbound lanes of Beach Avenue between Hornby Street and Stanley Park to provide cyclists with more room. As well, local car traffic within Stanley Park is also closed, with Stanley Park Drive temporarily being used as a one-way cycling route.