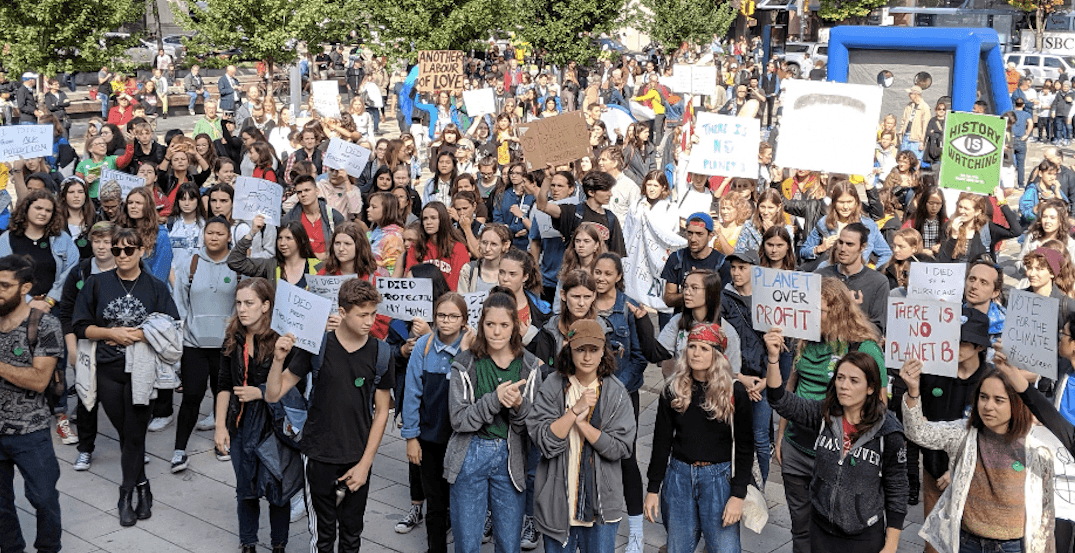 On Monday night, the Vancouver School Board (VSB) passed a motion to allow students to participate in an upcoming climate strike, among other climate-focused activities.

The motion was introduced by Vancouver Vision Trustee Allan Wong, who said that it’s “imperative that our youth have the opportunity to participate in activities during this week of climate action.”

Now that the motion has been passed, students will be able to skip class and participate in the climate strike taking place on Friday, September 27.

The School Board added on Twitter that any student that wishes to participate must provide a signed note from a parent or guardian and that more information would be made available shortly.

Staff are also encouraged to incorporate the strike into educational programming throughout the rest of the week.

“Students are leading the way on calling for action to address climate change, which is something that must be supported by educators and the entire education system,” said Wong. “I’m optimistic that this proposal will be supported by my fellow school board trustees.”

The motion comes on the heels of global climate strikes and walkouts this past Friday, in which millions of people of all ages took to the streets to demand governments take action to address the climate crisis and put an end to the age of fossil fuels.

The VSB also confirmed on Twitter that a motion for the board to declare a climate emergency was passed.

After some discussion – the motion that the #VSB39 declare a Climate Emergency passes — stay tuned for a future motion re: Climate Action Strike (it’s 10.2 on tonight’s agenda)

The school board’s Sustainability Department will be reviewing Vancouver’s 6 Big Moves and 53 Action Steps to determine what steps can be implemented, as well as how.