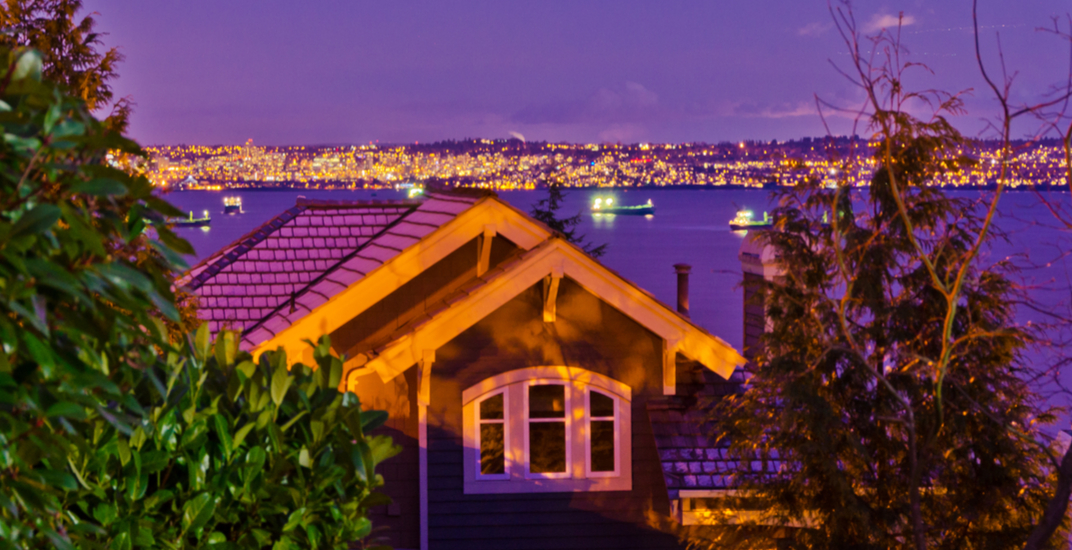 A West Vancouver home, with Vancouver in the background. (Shutterstock)

A new report found homes on Vancouver’s Westside are pricier-per-square-foot than homes in what is often considered Canada’s priciest postal code: West Vancouver.

The report by Century 21 revealed that the average price-per-square foot (PPSF) in the Vancouver Westside ($1,210 PPSF) is higher than West Vancouver ($816.61 PPSF).

Homes in downtown Vancouver were also found to be pricier than the North Shore locale, as well – at $962.7 PPSF.

Findings also revealed that price increases in the past 20 years were the highest on Vancouver’s Westside (400%), followed by North Vancouver (367%) and then West Vancouver (355%).

According to Century 21, with these figures, the Vancouver Westside is now the most expensive area in Canada, followed by downtown Vancouver and downtown Toronto ($818.86 PPSF).

“The West Side and West Vancouver are both known to be expensive neighbourhoods,” said Brian Rushton, Executive Vice-President of CENTURY 21 Canada.

However, Rushton noted, “homes in West Vancouver are typically larger and when you break the numbers down on a per-square- foot basis, it’s actually the west side that’s more expensive.”

Elsewhere in British Columbia, Victoria has shown healthy growth in the past 20 years with PPSF increase of 238% while prices in Vernon have only increased by 12% PPSF since 2006, the lowest growth across BC, Alberta, Ontario and Quebec.