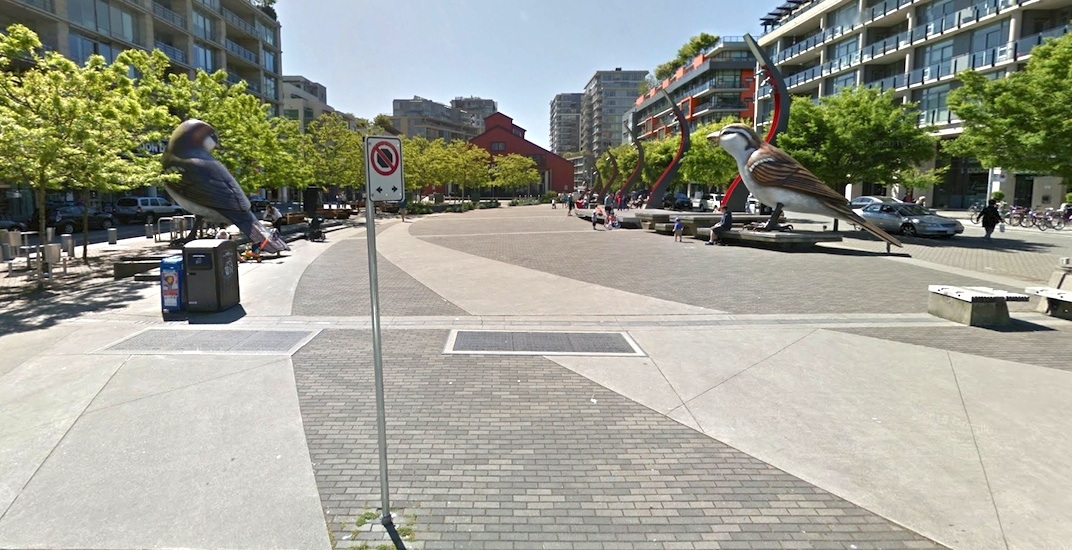 A total of 15 public spaces within the city of Vancouver have been granted new names commemorating the work of prominent local residents.

Vancouver City Council approved the new names earlier this week in a meeting, as one of the outgoing elected body’s final decisions.

“I’m thrilled that Council is naming public spaces for people who truly reflect the diversity of Vancouver and our history,” said Mayor Gregor Robertson in a statement.

“This is an important opportunity for all Vancouverites to learn and be inspired by the outstanding people who shaped our great city.”

While some the public places are quite small, such as pocket parks and plazas, others are quite large in size and located in highly prominent locations.

The large plaza at Olympic Village, where The Birds sculptures is located, now bears the name of early Chinese-Canadian businessman Milton Wong. 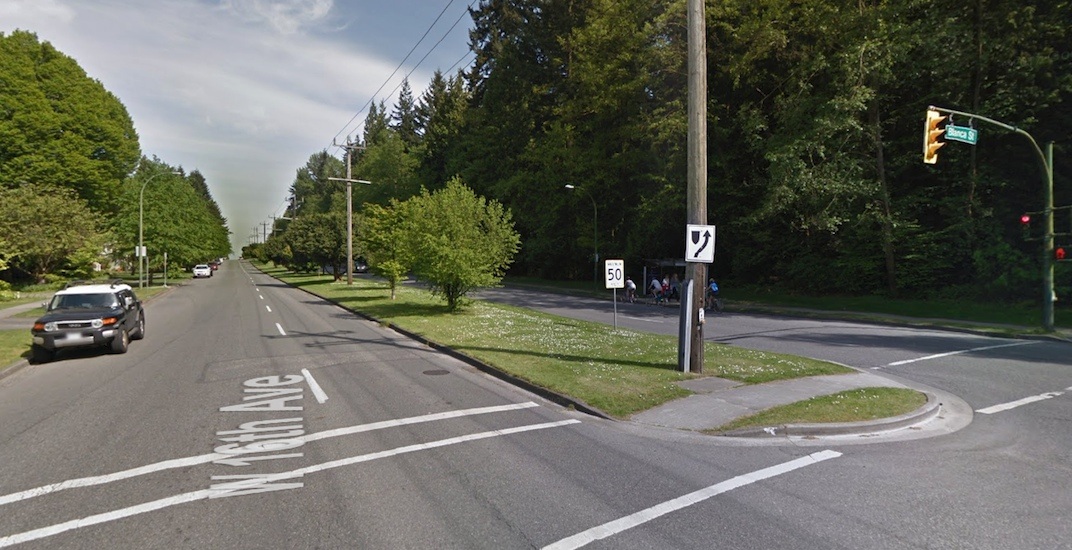 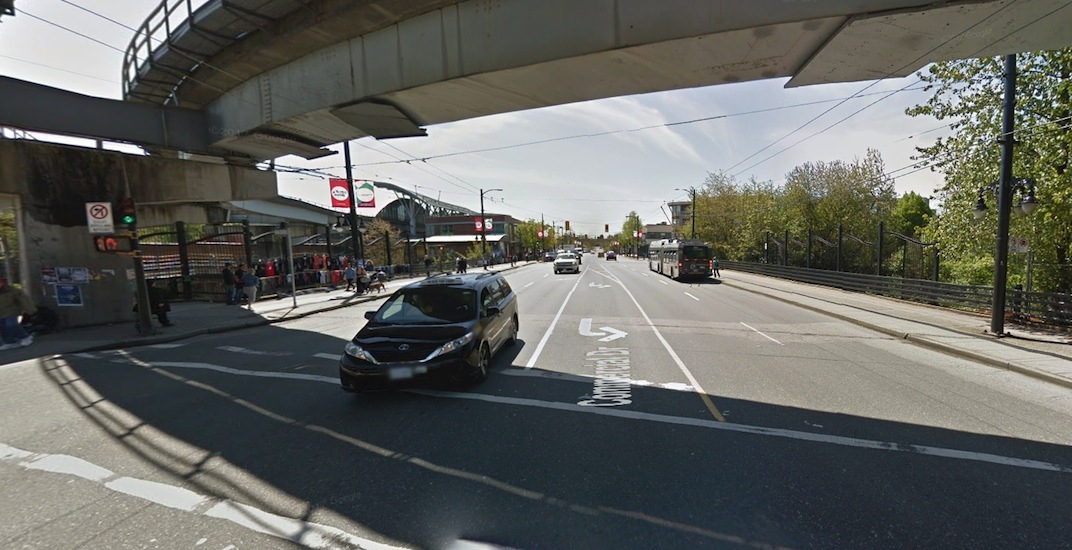 Two spaces at Vancouver City Hall have also been given names to honour residents; the Japanese Garden outside the building is now the Manzo Nagano Garden, and the Town Hall Meeting Room on the first floor is now the Joe Wai Meeting Room.

Here are the municipal government’s full descriptions and locations of the 15 renamed public spaces:

About: Athlete, educator and community leader, Barbara Howard (1920-2017) was the first black female athlete to represent Canada in international competition. In 1941, she became the first racialized person to be hired by the Vancouver School Board. She had a 43-year career in education, including 14 years as a physical education teacher, before retiring in 1984.

Location: South side of the Cambie Bridge and north of the east off ramp, is currently named the Cambie Street Plaza, dedicated in 2009.

About: Chief, politician, community advocate, fierce protector of First Nations people and culture, Gertrude Guerin (1917-1998) was a Squamish woman who married a Musqueam man. She became the first women elected as Chief in Canada and was a founder of both the Native Education Centre and the Aboriginal Friendship Centre.

Location: The triangular plaza at Main and Kingsway.

About: The Khalsa Diwan Society (est. 1906) has paved the way for spiritual, political, social, and economic life for Indians of all faiths and has been at the forefront for social justice campaigns supporting the Komagata Maru and regaining the right to vote for South Asians in 1947.

Location: Khalsa Diwan Road will be acknowledged on commemorative supplementary sign blades on the proposed portion of Ross Street from 57th Avenue to the Khalsa Diwan Society Ross Sikh Temple, similar to those used for “Wasserman’s Beat” on Homer Street and “Lilian To Way” in Chinatown.

About: Born in Peshawar, Harnam Kaur (1885-1914) was one of the few women from India to enter Canada before the First World War. She was admitted by the Minister of the Interior as an act of grace, only after a major protest within the Canadian South Asian community against the regulations that excluded her. She had been held in immigration detention sites by US and Canadian immigration sites for months. She died soon after giving birth to a daughter in 1914 and was honoured with the largest South Asian public funeral at that time.

About: Hide Hyodo Shimizu (1908-1999) was one of the first Nisei (second-generation Japanese-Canadians) to earn a teacher’s certificate. After being interned during WW2, Shimizu established a system of schools for approximately 3,000 Japanese-Canadian children within the internment camps. In 1982, Shimizu was awarded the Order of Canada for these efforts.

About: Husain Rahim (1865-1937) was a member of the Shore Committee who, along with Bhag Singh, took over the charter of the Komagata Maru after it arrived in Vancouver. Rahim was the one of the few Indians who had managed to obtain legal residence in Canada after the regulatory immigration barrier was erected. He went on to found and publish a South Asian, English-language newspaper in Chinatown entitled The Hindustanee.

About: Architect Joe Wai (1940-2017) designed some of the city’s most significant cultural and community projects, including the Dr. Sun Yat-Sen Classical Chinese Garden, the Chinatown Millennium Gate, and the Chinese Cultural Centre Museum and Archives. Mr. Wai was instrumental in designing and building affordable housing uniquely adapted to neighbourhoods and communities and in fighting for the preservation of Chinatown and the Strathcona neighbourhood when the area was slated for freeway construction. Included among his many awards are the prestigious Architectural Institute of BC Lifetime Achievement award and the City of Vancouver’s Civic Merit award.

About: Manzo Nagano (1853-1924) was the first known Japanese immigrant to Canada. In March 1877, at age 24, he left Japan for the West aboard a British steamer, arriving in May in British Columbia. He eventually settled in Victoria, where he ran a number of businesses, including one selling supplies to prospectors headed to the Klondike.

About: As MP for Vancouver East from 1979 to 1993, Margaret Mitchell (1925-2017) was one of the first politicians to raise, in the House of Commons, the issue of violence against women. Ms. Mitchell voted against a pension increase for MPs and diverted her share of the increase to a special account to help the poorest in Vancouver’s Downtown Eastside. With her support, the Margaret Mitchell Fund for Women continues to grow and assist organizations in East Vancouver to support programs and initiatives that promote economic and social justice for women. After retiring from public service, she continued to serve British Columbia in many volunteer capacities, including as the first Chair of the BC Advisory Council on Human Rights. In 2000, Mitchell was recognized as a Member of the Order of British Columbia.

Location: West side of Commercial Drive at Napier Street.

About: An internationally-recognized Cantonese opera musician, Master Toa Wong (1914-2015) trained several generations of Chinese-Canadian musicians, singers and performers, many of whom have established their own opera associations in Canada and abroad. Master Wong immigrated to Vancouver in 1960 and was instrumental in raising the calibre of Chinese Canadian performing arts in Canada.

Location: The centre tree boulevard which runs along 16th Avenue from Trafalgar Street to Blanca Street.

About: Masumi Mitsui (1887-1987) was a Japanese Canadian WWI veteran who fought at Vimy and won the Military Medal for Bravery at Hill 70. After the war, he campaigned for enfranchising all Japanese Canadians but in 1931, the vote was only extended to veterans. He and his family were interned during WWII, eventually resettling in Ontario. In 1985, he was an honoured guest at the relighting of the lantern in the Japanese Canadian War Memorial at Stanley Park.

About: Mel Tobias (1939-2017) was born in the Philippines, spent many years in Hong Kong, and in 1993 settled in Vancouver. As a writer and radio host, Mr. Tobias chronicled the challenges and achievements of his community in Canada and inspired countless Filipino-Canadians to celebrate their unique and multi-faceted culture. He also championed causes that sought to uplift newcomers, live-in caregivers, immigrant youth, and women leaders.

About: In 1971, many mothers living at Stamps Place Housing were worried about their children crossing the railway tracks on their way to Seymour School. The Canadian Pacific Railway promised the mothers the train would not run during the times the children went to and from school but did not carry through on this promise. Led by Judith Stainsby, the mothers risked their lives sitting and eventually camping together in the path of the trains until the federal government finally agreed to build a pedestrian Raymur overpass.

About: Milton Wong (1940-2011) contributed to Vancouver in a wide variety of areas–finance, arts and culture, sustainability, community development, multiculturalism, academia and philanthropy. Born and raised in Vancouver, Mr. Wong embarked on a long and successful business career after graduating from the University of British Columbia. He founded his own investment firm, which was subsequently acquired by HSBC, where he served as chairman until his retirement. He founded the Laurier Institution, a national non-profit organization dedicated to the study of Canadian diversity. He was instrumental in the creation of the internationally renowned Canadian International Dragon Boat Festival, and was a key fundraiser and advisor for Science World, the Salvation Army, Red Cross, BC Cancer Agency, and YMCA. Mr. Wong also served as Chancellor of Simon Fraser University.

About: Sara Anne McLagan (1855-1924) was the first Canadian female newspaper editor. McLagan co-founded the Vancouver Daily World with her husband, James C. McLagan and, after his death, continued as the newspaper’s president and editor.