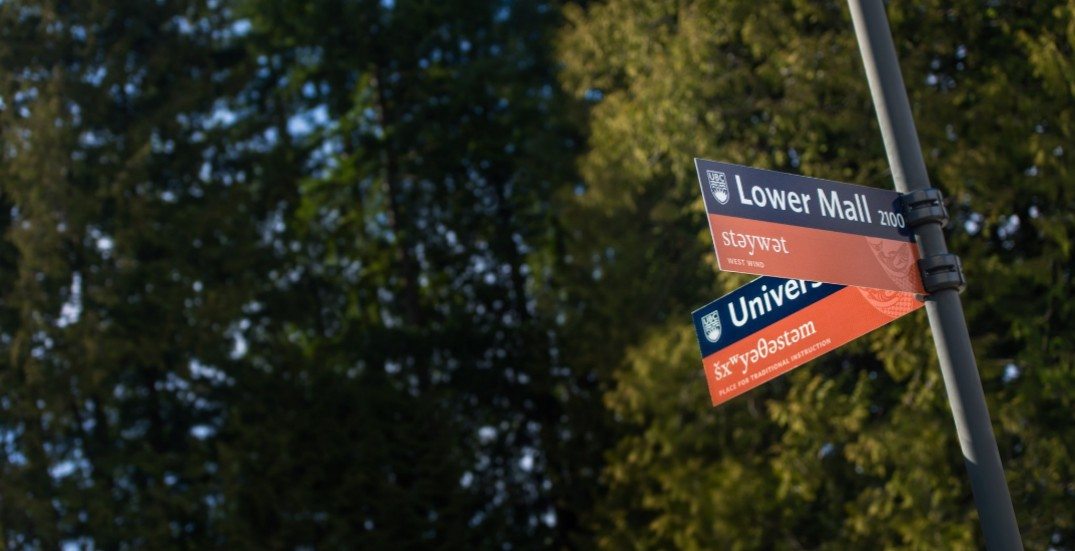 The streets on UBC’s Point Grey campus will soon have traditional Musqueam names to go alongside their English ones.

The new names aim to better acknowledge the linguistic heritage of the Point Grey campus and were created by linguistic experts from the Musqueam First Nation.

Long awaited change to @UBC‘s #LinguisticLandscape! Everyday reminder that we work and study on the traditional, ancestral, and unceded territory of the Musqueam people. pic.twitter.com/PM4KjnJK5V

University Boulevard, for example, will be given the name šxʷyəθəstəm, which translates to “place for traditional instruction.”

A total of nine streets will be given new names, with a total of 54 signs being put up. While these names don’t refer to historical locations, they are named using Musqueam place-name conventions.

According to the university, the Musqueam people occupied the area of Point Grey for thousands of years before the arrival of Europeans and currently have a population of over 1,000 individuals, of which only a few can speak the language, though revitalization efforts are ongoing.

The traditional Musqueam language, hən̓q̓əmin̓əm̓ (roughly pronounced Hunk-uhm-y-numb), is an oral language and didn’t originally have a written component.

The alphabet in use today and for the street signs was created using the North American Phonetic Alphabet and is comprised of 36 letters, 22 of which do not appear in the English language.

The names will be announced at 10 am on Wednesday at the UBC Robert H. Lee Alumni Centre at an event open to the community.