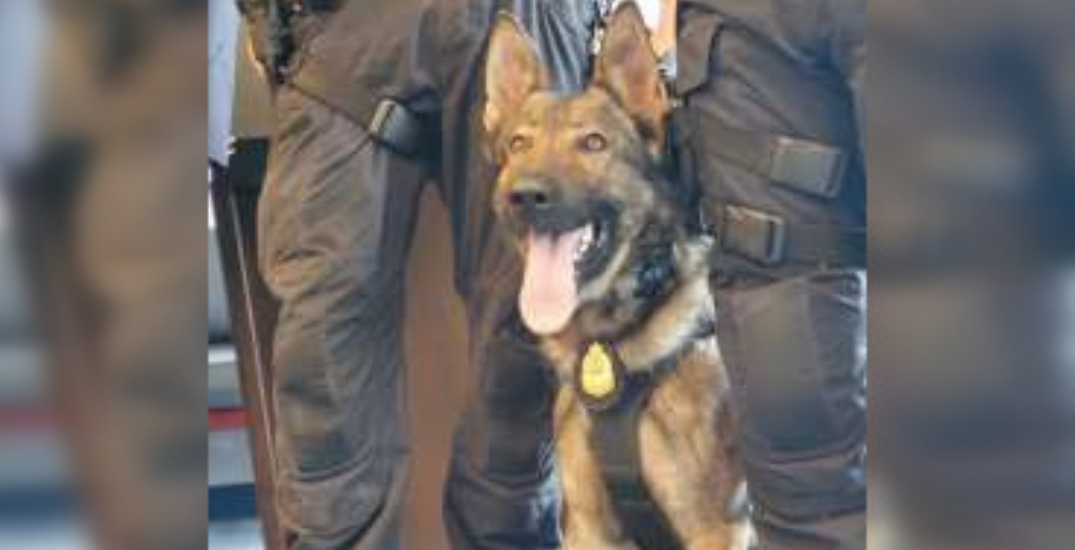 A 32-year-old man is facing charges after allegedly biting a Vancouver Police dog on Thursday morning.

According to Vancouver Police, officers responded to a Downtown Eastside social housing complex that houses women and children shortly before 5 am on August 26.

Police said a man had allegedly threatened several people and kicked at a resident’s door. He fled when police arrived, but officers located him near Keefer and Abbott streets.

“The suspect allegedly resisted arrest and bit Police Service Dog Mando, which was assisting in the arrest,” VPD said.

“With help from the injured dog, officers were able to gain control of the man and place him in handcuffs.”

The suspect was bitten by the police dog during the arrest and treated at hospital. Police Service Dog Mando has minor injuries, VPD said.

Police said they are recommending “multiple charges” against the suspect.