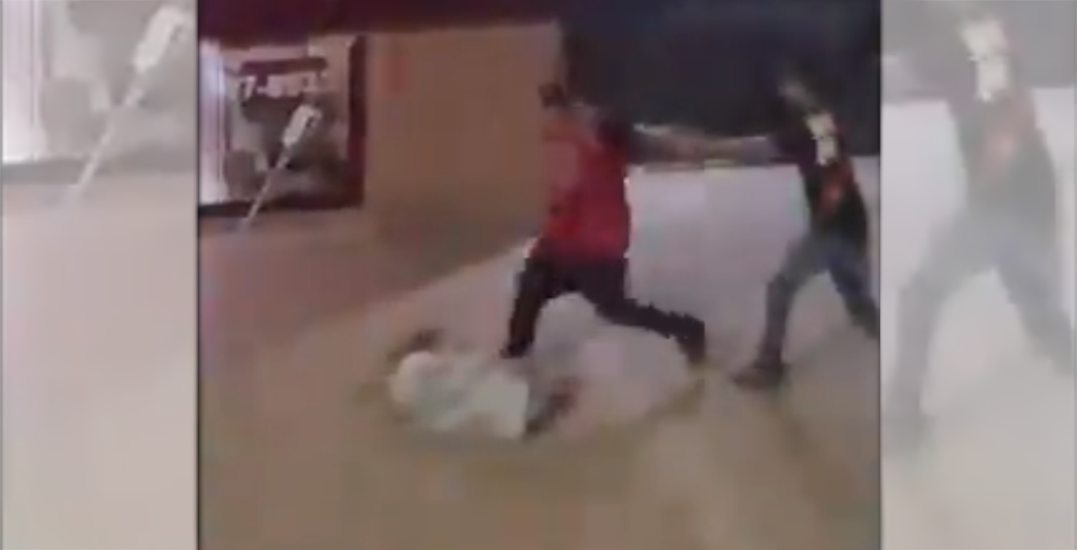 A “violent and unprovoked attack” on a homeless man is being investigated by police in Vancouver.

The disturbing incident occurred at approximately 1 am on July 26, on Hamilton Street and Yaletown. The Vancouver Police Department (VPD) has released a video that was captured by a bystander with hopes that the suspect can be identified.

The video shows a man in his 20s speaking with several other people. A homeless man walks by the group when the suspect appears to swat him in the head and chase him down a sidewalk. The suspect can then be seen pushing him to the ground and kicking at the victim before an individual in his group pulls him away.

WARNING: This video contains content that is graphic in nature#VPDNews: Vancouver Police released video today showing a violent and unprovoked attack on a homeless man, and ask anyone who can identify the suspect to call police. https://t.co/fBLgej5HNb #VPDNews pic.twitter.com/KZxGX8pNqI

VPD Sergeant Steve Addison is asking for individuals to look at the images and video provided by police and help identify the suspect.

“This must have been terrifying for the victim, who is already vulnerable and did not deserve to be treated this way,” Addison says in a release. “We owe it to him to solve this crime, and we’re asking anyone with information to give us a call.”

The suspect is believed to be in his 20s with an above-average build and a medium skin tone. He was last seen walking away from the crime scene and may wear glasses.