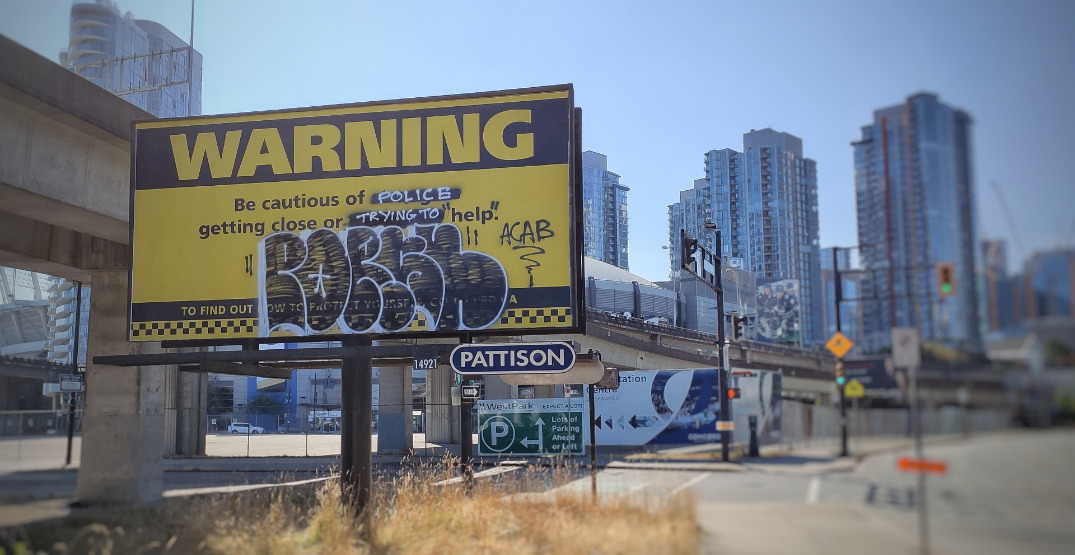 The billboard, which is situated downtown, has been met by harsh criticism online, with people suggesting it is dystopian in nature.

As of Monday morning, the billboard was spray-painted to say something different than its original message.

The VPD has informed Daily Hive that they believe the billboard company will be cleaning, and removing the billboard.

“Our hope is that the billboards will catch the attention of Vancouverites so they can learn more about distraction thefts and how to protect themselves. We’re thankful to Metro Vancouver Crime Stoppers and the Vancouver Police Foundation for funding the billboards,” said Simi Heer, the director of public affairs for the VPD.

Instead what about: Be kind to strangers. Help others and ask for help. We’re safer and stronger together.#VanPoli #MutualAid #BetterTogether https://t.co/ebXO3LfTAc

It caught the attention not only of Vancouverites but also of some vandals who were opposed to the messaging.

ACAB was a term popularized during the height of protests and demonstrations in the wake of the murder of George Floyd. It stands for “all cops are b*tards.”