2017 proposed concept for a plaza next to Commercial-Drive Station, above the Grandview Cut, as a part of nearby future Safeway redevelopment. (City of Vancouver / Daily Hive composite photograph)

Vancouver city council voted on Wednesday to have city staff explore the start of a pilot project for an age-friendly piazza — the term for an Italian public square — on Commercial Drive 0r another location elsewhere in the city.

The space would be a gathering area for the public, where they can go picnicking and enjoy alcohol purchased from local businesses.

Local artisans, restaurants, and vendors could be asked to participate in this initiative for a designated outdoor space allowing for community-led events. The public would enjoy beer and wine in a responsible way, along with food.

The origins of the idea came from a motion prepared by councillor Melissa De Genova.

“The City of Vancouver has supported, and continues to explore pilot patios, unique public spaces that encourage community gatherings and increasing accessibility to city space,” she wrote.

“In Canada, provinces including Quebec, allow for the public to purchase beer and wine at local grocery stores and enjoy alcohol when picnicking in public spaces.”

She also cited how public drinking in squares and other public spaces is allowed in New Zealand, Germany, Czech Republic, Hungary, Italy, Japan, and Belgium.

To achieve such a piazza in Vancouver, city staff have been directed to engage with the Vancouver Police Department and groups such as the Italian Cultural Centre, Italian Day Festival organizers, Commercial Drive Business Society, Italian Chamber of Commerce in Canada West, Vancouver Public Space Network, and Viva Vancouver.

De Genova wants to see a pilot project launched before the end of June 2020.

Additionally, her motion envisioned other public realm improvements to Commercial Drive that provide further visual markers for Little Italy. This could include “artistic signage that is in character with Italian heritage,” and possibly archways that mark the north, south, and centre boundaries of the district.

2017 proposed concept for a plaza next to Commercial-Drive Station, above the Grandview Cut, as a part of nearby future Safeway redevelopment. (City of Vancouver / Daily Hive composite photograph)

At the moment, the Vancouver Park Board is also in the process of contemplating a pilot project of permitting the sale and consumption of alcohol at some beaches and parks.

As well, over the longer term, the southern end of Little Italy on Commercial Drive could be bookended by a possible new public plaza spanning over the Grandview Cut — right next to Commercial-Broadway Station. This concept was proposed in 2017 by a developer as a community amenity contribution from the future Safeway redevelopment. 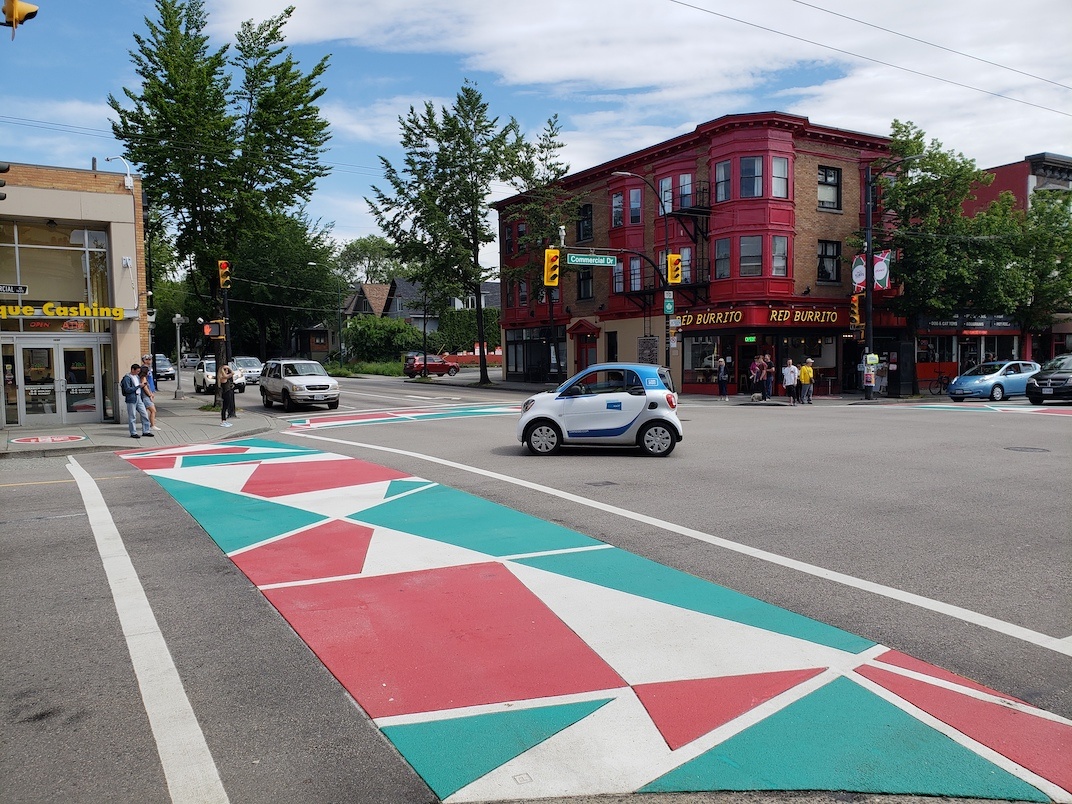