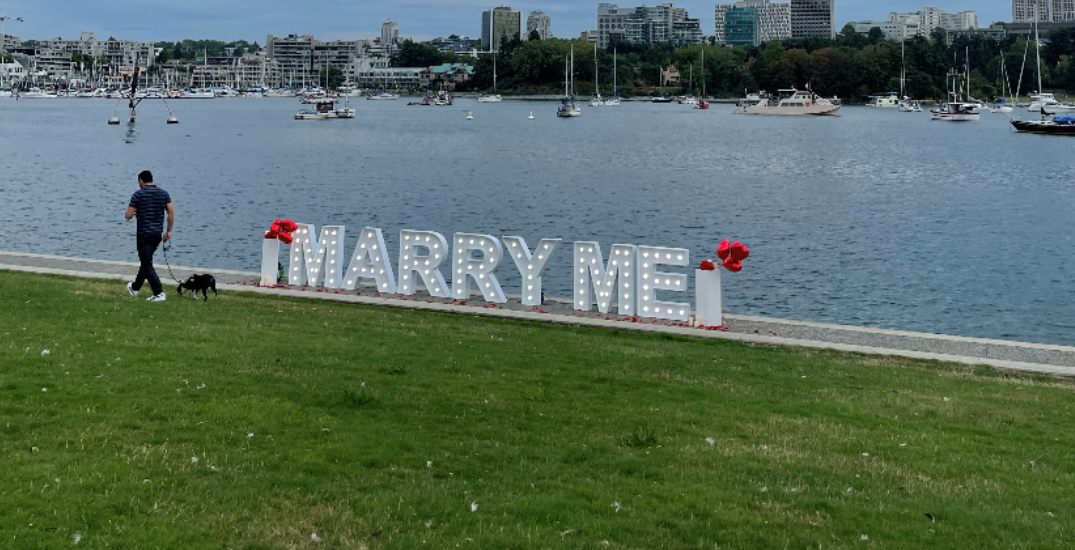 Vancouver parkgoers were met with a sweet surprise on Saturday night when a couple got engaged right before their eyes.

Photos shared on social media show a giant “Marry me” sign set up along the seawall at David Lam Park, complete with red heart-shaped balloons and rose petals scattered about.

Witnesses to the proposal told Daily Hive that the man led the woman, who was blindfolded, along the seawall from Yaletown.

Once he was down on one knee, ring in hand, she removed her blindfold.

Based on the reaction of the crowd—and the couple themselves—she said yes.

This guy’s the man to beat for best proposal ever. 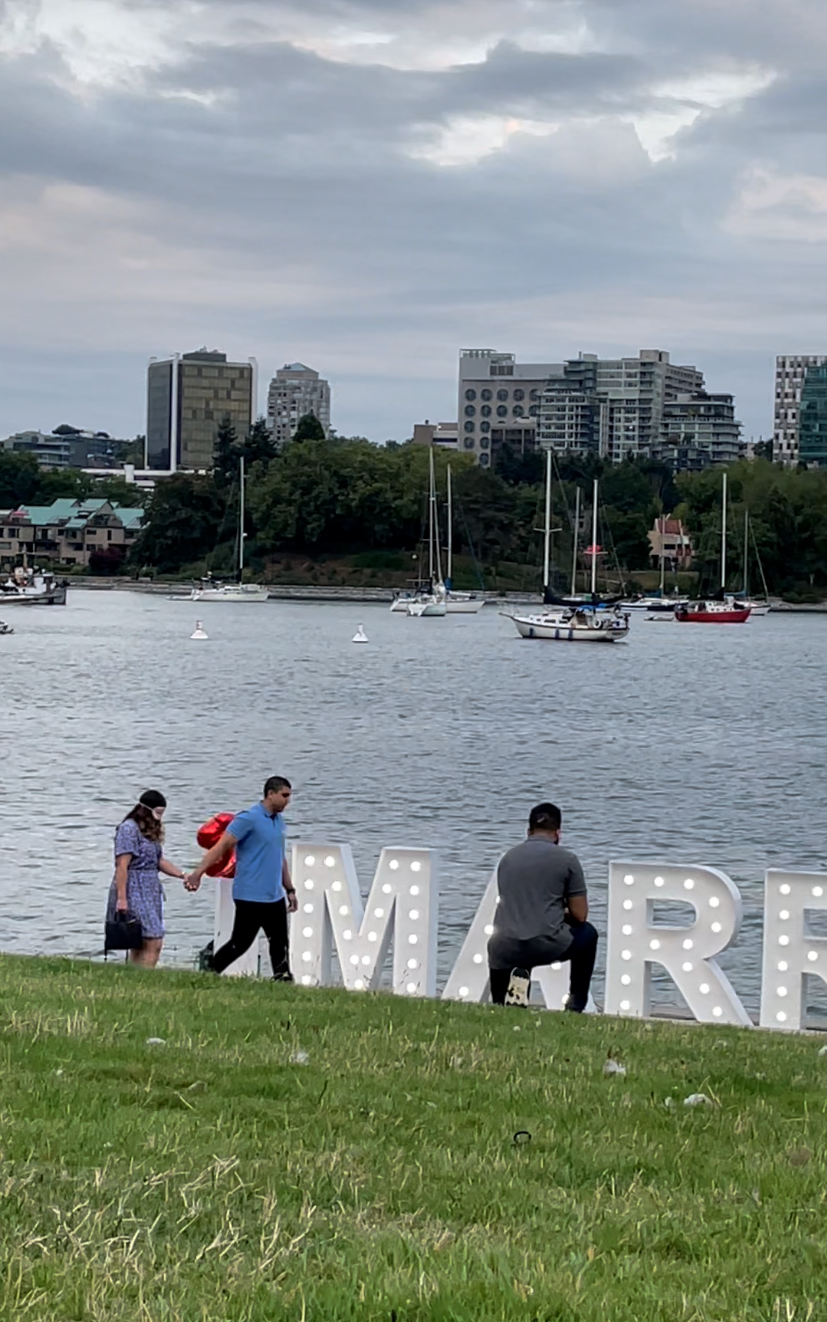 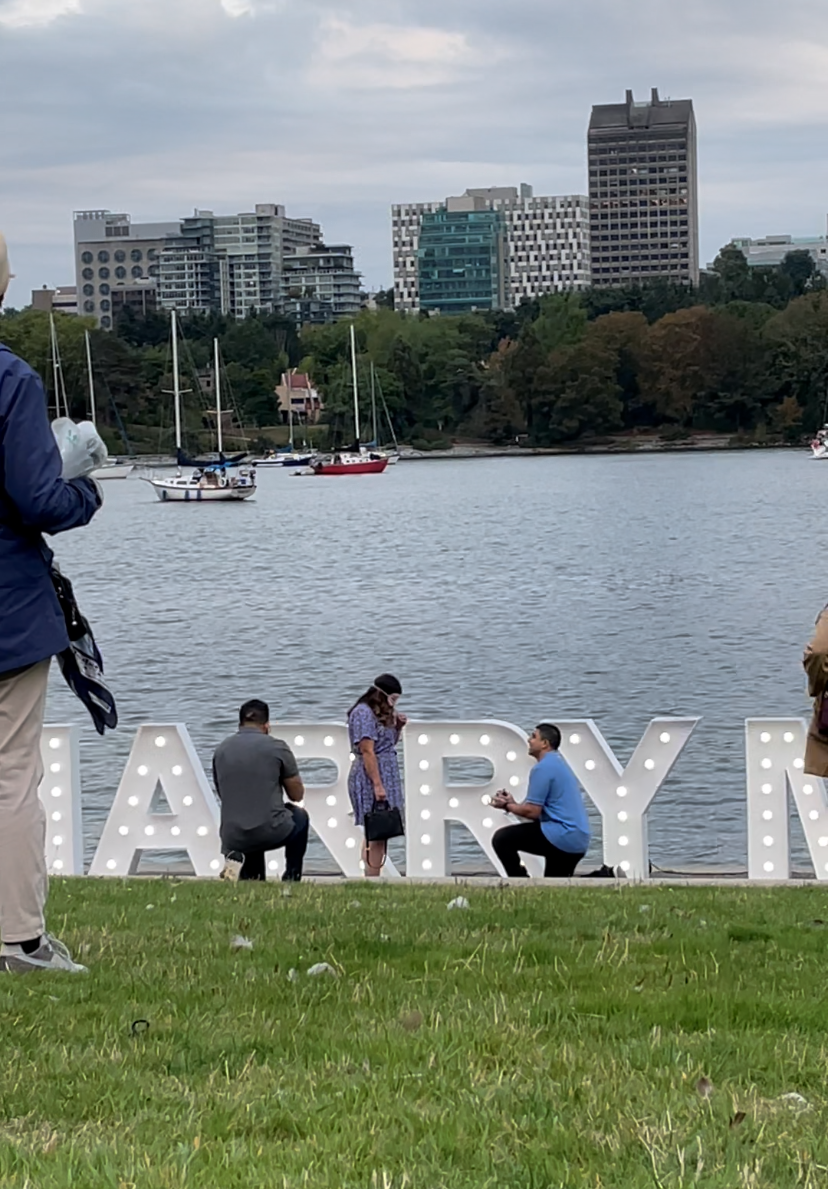 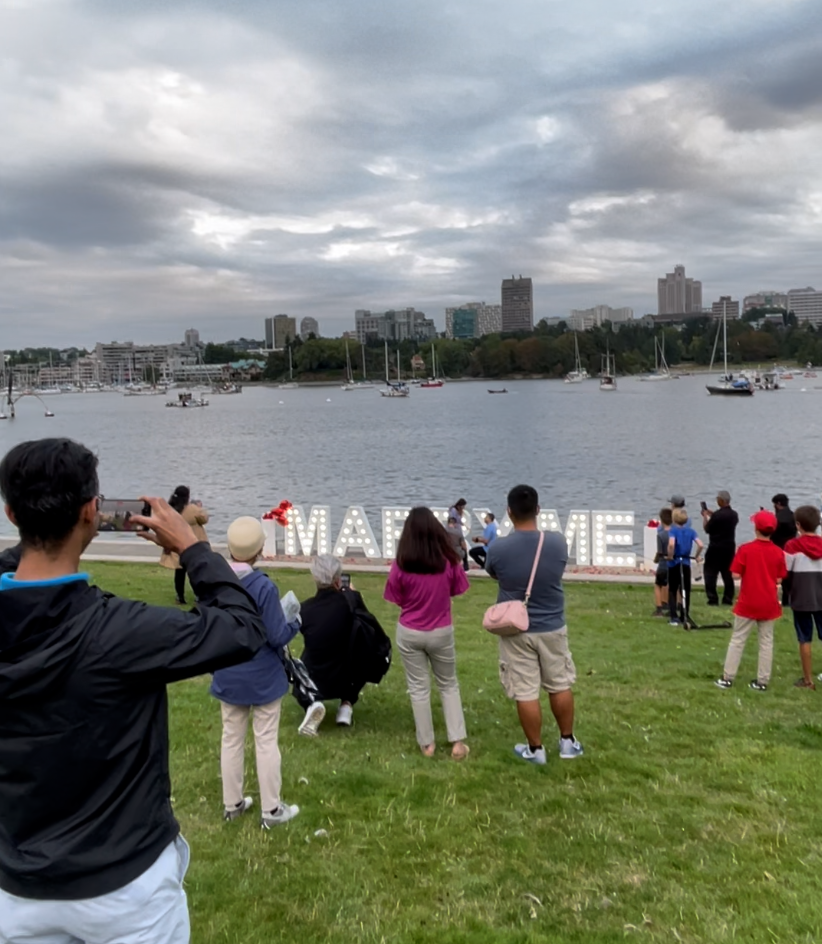 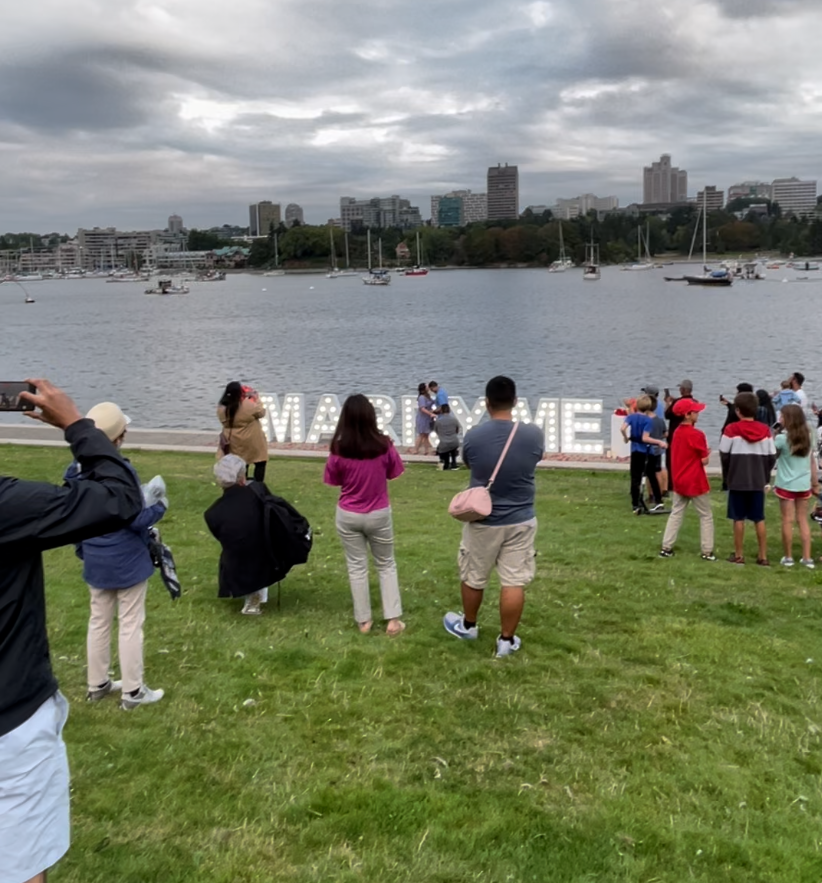 Congrats to this couple. Beautiful proposal at #davidlampark. We could all use a little more of this type #PDA #unity #yvr (@KarmSumal @DailyHiveVan) pic.twitter.com/c4tuZiryGy