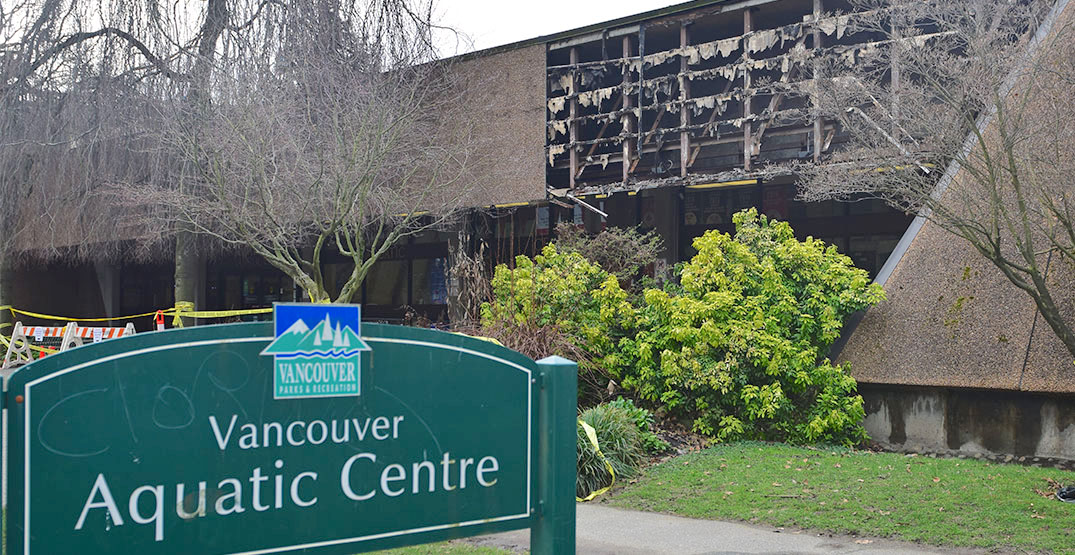 A partial collapse of the exterior wall near the main entrance of the aging Vancouver Aquatic Centre in March 2022. (Daily Hive)

Just over half of Vancouver’s likely municipal election voters want to see the elected body of commissioners that govern the Vancouver Park Board abolished, with the responsibility of governing the city’s parks and recreation system then transferred to Vancouver City Council.

According to the findings of a new survey this month by Research Co., 52% of likely voters think the Park Board’s elected body should be eliminated and replaced with the expanded responsibilities of City Council.

This is up 8% from the last survey in November 2020, when 44% of likely voters favoured this strategy of terminating the elected body of the Park Board.

The support for abolishing the Park Board’s elected body is highest amongst likely voters who reside in downtown Vancouver (63%), followed by those who live on Vancouver’s Westside (52%) and Vancouver’s Eastside (45%).

Interestingly, Vancouverites who voted for Kennedy Stewart or Ken Sim for mayor in the 2018 municipal election are significantly more likely to support the park board’s elected body’s abolition, with both groups essentially tying at 61% and 60%, respectively. In contrast, 43% of those who voted for Shauna Sylvester for mayor in 2018 support this strategy.

Last year, Ken Sim made the major campaign promise of abolishing the Park Board if he is elected as mayor in the 2022 municipal election. This would also be aided by fielding a slate of candidates committed to becoming the last elected body of the Park Board, and such a measure would also require the provincial government’s final approval. Sim is now the mayoral candidate of the new ABC Vancouver party.

The Park Board’s elected body has come under fire for its mishandling of homeless encampments in the city’s parks, especially at Strathcona Park, where a prolonged encampment remained for over a year until April 2021, and led to neighbourhood resentment for the resulting public safety impacts.

They have also been criticized for going beyond their traditional responsibilities and their lack of focus on the basics, such as proper cleanliness and maintenance of parks and open spaces, and maintaining community and recreational facilities in a state of good repair.

The Park Board’s responsibilities also span the maintenance of street medians, and the tens of thousands of trees that line streets and boulevard across the city.

Vancouver is the only Canadian city with its own separate elected body governing the Park Board. In other cities, the responsibilities of overseeing parks and recreation fall under city council.