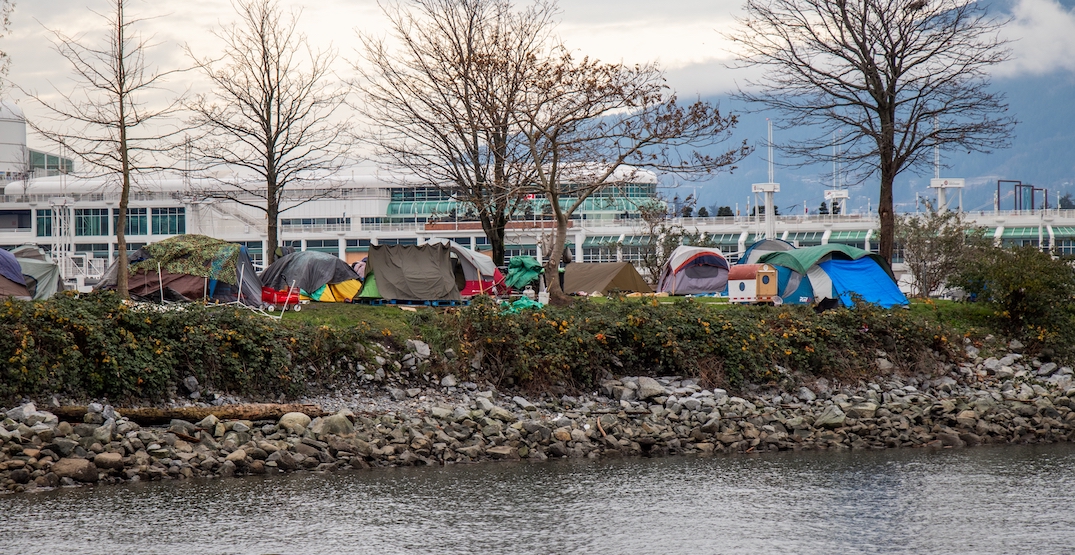 The Crab Park homeless encampment on the downtown Vancouver waterfront in November 2021. (Shutterstock)

A BC Housing leader has been appointed by the Vancouver Park Board to fill its new role of director of urban relationships.

The park board announced today that Betty Lepps will work on responding to the needs of people experiencing homelessness, stated as “helping to fulfil the City’s humanitarian responsibilities to those sleeping or sheltering in parks.

As well, she will also work with partners to “help improve overall safety of all people using Vancouver parks.”

“I believe that this is a unique position, and in my experience I’ve never heard of this role elsewhere. However, it is one that is long overdue in the Parks & Recreation system across the country,” said Donnie Rosa, general manager of the Vancouver Park Board, in a statement.

“People sheltering in parks is not an operational issue, it’s a human condition that needs a humane approach. Betty brings that approach and her extensive knowledge of working within our collaborative construct will be of huge benefit to Vancouver and its residents.”

Since October 2020, Lepps held the role of regional director of supportive housing/shelters with BC Housing, where she co-led on the housing of almost 300 people sleeping in Strathcona Park.

Between 2010 and early 2020, she was the director of the Calgary-based non-profit Aspen Family and Community Network Society.

The park board also states Lepps has worked with Indigenous communities in Canada and the United States.

Lepps’ appointment comes just over two months after the BC Supreme Court rejected the park board’s injunction to enforce orders by Rosa to clear out portions of the homeless encampment at Crab Park. The Crab Park encampment began forming shortly after an end was put to the Strathcona Park encampment in Spring 2021, when new temporary indoor shelters and supportive housing was made available for campers.

However, the judge reviewing duelling petitions on the Crab Park injunction sided against the park board, arguing that it had to prove there is suitable shelter available for campers. Under a previous agreement made with the provincial government as part of the process of ending the Strathcona Park encampment, the park board is required to take proactive and bylaw enforcement measures to prevent encampments.

But in June 2020, the Port of Vancouver was successful with its application of an injunction to clear an encampment on a port-owned lot next to Crab Park. After the port’s injunction was enforced, some of the campers moved to Strathcona Park, which initiated the prolonged encampment there.

The encampment on the port-owned property was itself a remnant of the Oppenheimer Park encampment, which first began in 2018.