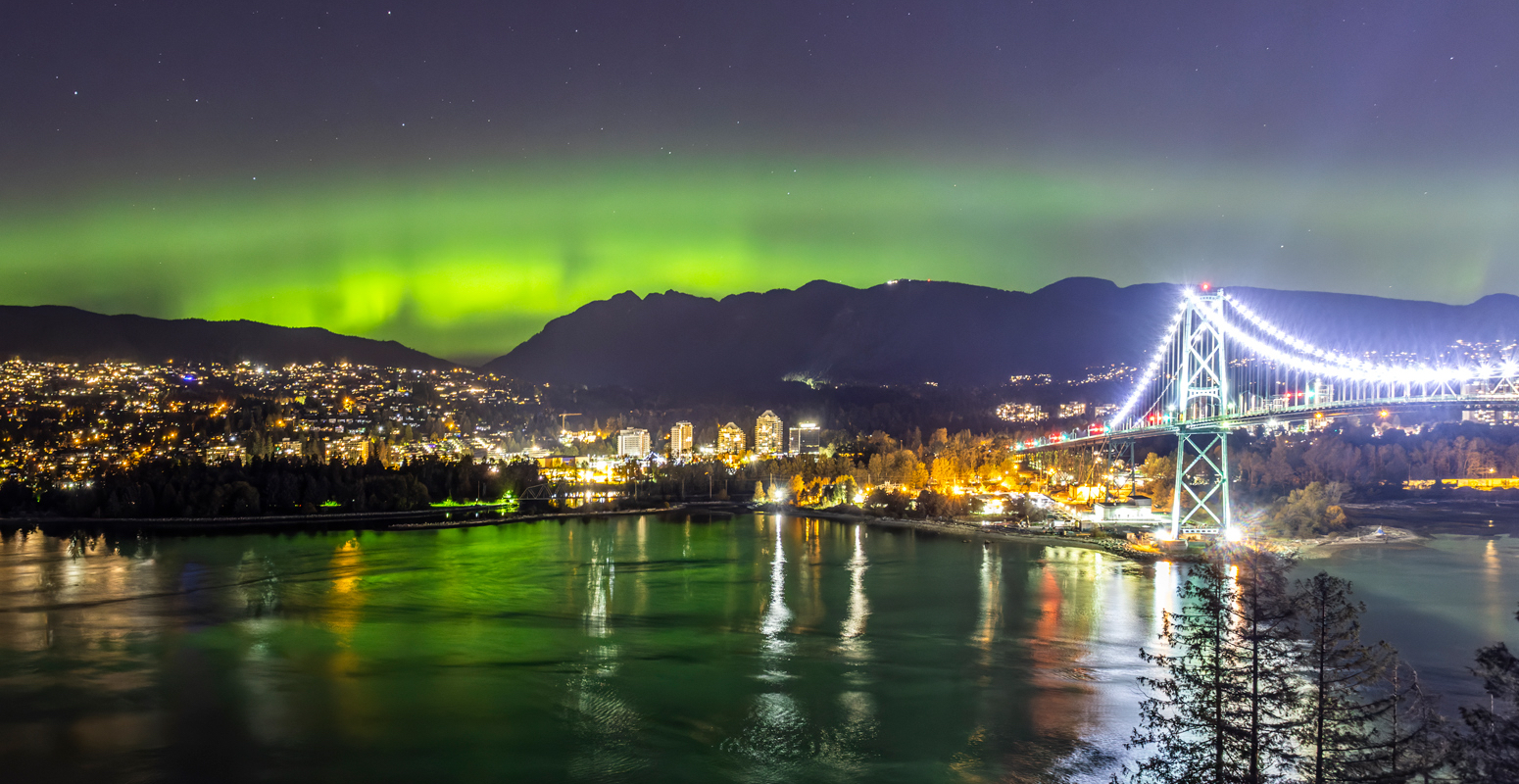 Forecasts called for a possibility of seeing the northern lights over Metro Vancouver on Halloween weekend, but many sky-watchers were disappointed that they didn’t materialize.

Daily Hive asked him what happened this weekend and how Vancouverites can better their chances to see them in the future.

Did you see the northern lights?

While we can often get a rough idea of potential increases in activity a few days before they happen, we don’t get a good idea of exactly what to expect until 30 to 90 minutes before it happens, when the solar energy passes by NOAA’s DSCOVR spacecraft and that information is relayed back to Earth.

The data from DSCOVR is the best way to know when things are about to get exciting. If you can learn to interpret the data, you can be warm and cozy while waiting for the spike, and still have a bit of time to get out there to watch the northern skies when the solar energy is about to hit.

What happened this weekend, why didn’t we get to see them?

Just like predicting the weather, forecasting aurora can be difficult.

The anticipated X1 coronal mass ejection did eventually hit around 2:30 am local time on Sunday morning, but its late arrival meant that it was a lot slower moving and less intense than expected, and it more or less failed to produce geomagnetic conditions strong enough to cause visible aurora from Vancouver.

It’s likely that we just received a glancing blow, and that the bulk of the solar energy missed Earth.

There was a bit of a pick up in activity right before dawn, so those who toughed it out to 5 am in dark areas a bit further north may have caught a glimpse or glow on their cameras.

However, it was not likely strong enough to be visible to the eye from the city.

Is there any good news for people who want to see them?

The good news is that we are now heading towards a period of increased activity in the 11-year solar cycle, so we can expect the aurora to make many more appearances in the next few years compared to the last few years.

As we continue to get closer to the next solar maximum (expected around 2025), we’ll see the frequency of solar flares increase. These explosions on the sun are what can lead to coronal mass ejections, sending energy towards Earth that causes increased aurora activity.

What can Vancouverites do the next time the northern lights are forcasted?

To catch the next display, I highly recommend downloading an app that displays aurora activity and DSCOVR’s data. My favourite is SpaceWeatherLive, but lots of apps will send you notifications when aurora activity may be happening. I’ll also try to share updates on my Instagram when there’s chance of seeing them again from Vancouver!

When I was in 9th grade, my science teacher, Mr. Procyk, did a unit on astronomy. Everything about space blew me away, and Mr. Procyk’s engaging style of teaching inspired me to go out stargazing, and to try photographing the night sky.

It’s been nearly eight years since then, and the spark of inspiration that was placed in me has only grown stronger. I now take every opportunity I can look up and photograph the night sky in all of its glory.

Why do you think so many people were hoping to see them last night?

The hype for the aurora this time was unlike anything I’ve seen before, so it seems there are lots of new aurora chasers out there!

A chance to witness and photograph the northern lights from a place like Vancouver is rare and spectacular, so it’s no surprise that it’s something that so many people are excited about.

The aurora is a magical thing to witness anywhere, but I think there’s something very special about getting to see it over familiar city views.

I think the reason that this chance to see the lights attracted so many people must be partially to do with the show that we got on October 11th, which a lot of people were unfortunately unaware of until after it happened. It’s a rare occurrence, so people don’t want to miss it.

I was thinking to myself last night that regardless of whether the lights show or not, it’s pretty neat that an event like this can unify so many people. For one night, everyone was hoping for the same thing!